25 August 2022, Quezon City. To mark the fifth year of the Minamata Convention on Mercury’s entry into force, the EcoWaste Coalition last week went store hopping in Quezon City, Philippines to promote business compliance to an ordinance prohibiting cosmetics with mercury.

The Minamata Convention on Mercury entered into force on August 16, 2017, while the Quezon City Ordinance No. 2767 was enacted in 2018. The former also phased out in 2020 the manufacture, import and export of cosmetics with mercury above one part per million (ppm). 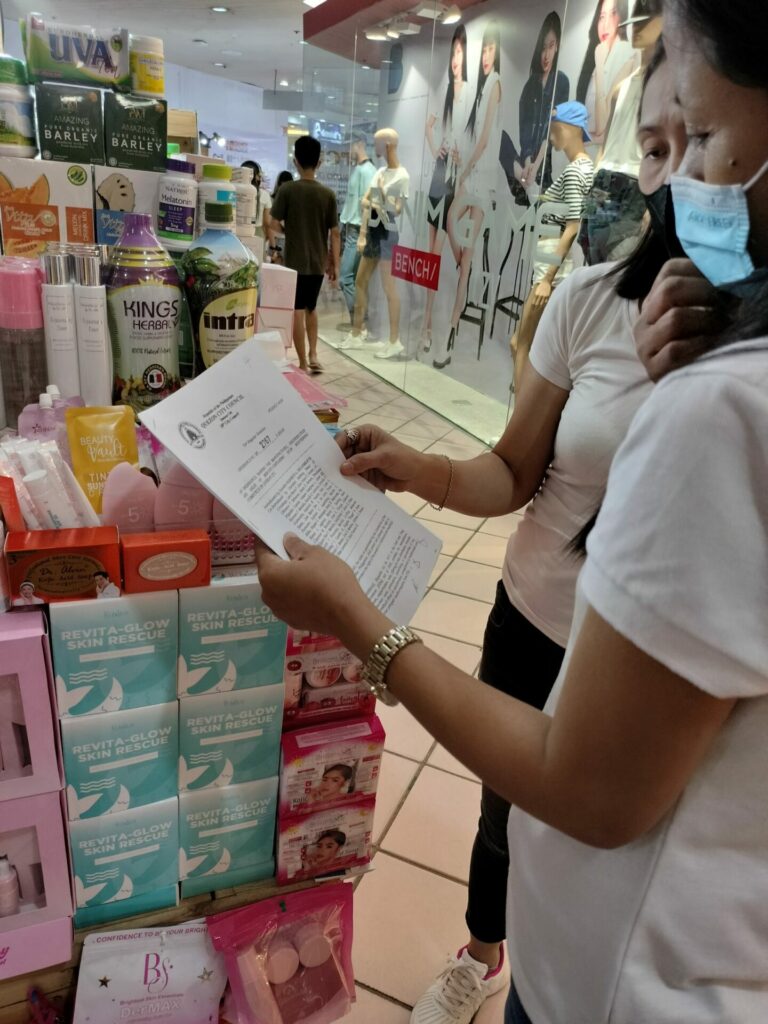 To drum up awareness about the global ban on cosmetics with mercury, which has been translated into a domestic action through the said ordinance, a team of staff and volunteers from the EcoWaste Coalition last August 18 visited 10 stores selling forbidden Goree and Jiaoli mercury-containing cosmetics.

“To assist the City Health Department in obtaining compliance with the law banning and penalizing trade in mercury-containing cosmetics, we deployed a team to reach out to errant stores and persuade them to stop selling the forbidden products,” said Aileen Lucero, National Coordinator, EcoWaste Coalition.

“We have already notified the local authorities about our store visits and requested them to conduct follow-up activities to ensure that non-compliant products are permanently taken off store shelves,” she added.

Five of the stores visited by the EcoWaste Coalition are located inside the Ever Gotesco Commonwealth, three at Farmers Plaza, one at Anson Square and one near Mega Q Mart. 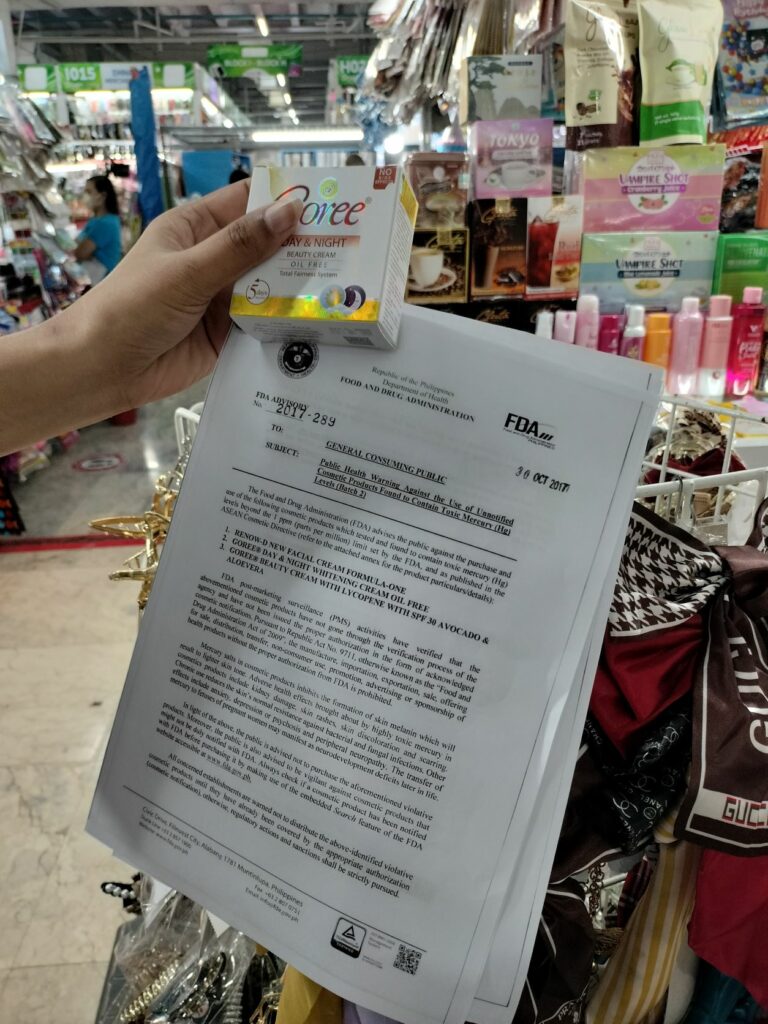 Excerpts of the ordinance, specifically the introductory page and the penalty provision, were distributed and discussed with store attendants. Section 6 of the ordinance provides for the following penalties: a fine of P2,000 and confiscation of banned cosmetic products for the first offense; a fine of P3,000 and suspension to operate the business for the second offense; and a fine of P5,000, imprisonment of 30 days or cancellation of business license, or both, at the discretion of the court, for the third offense. 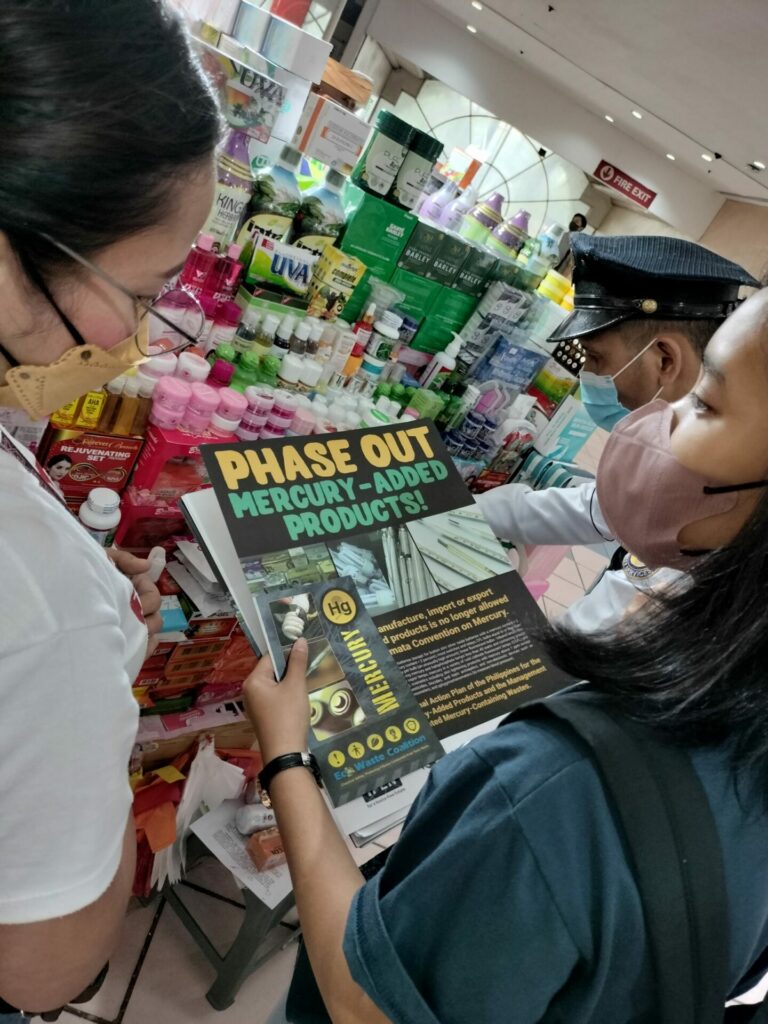 Copies of a poster and a pamphlet published by the EcoWaste Coalition were likewise disseminated to promote awareness about the hazards of mercury and the 2020 global phase-out of certain mercury-added products under the Minamata Convention on Mercury.

Relevant advisories issued by the Food and Drug Administration (FDA) pertaining to mercury-containing Goree and Jiaoli cosmetics were further given to store attendants.

Introduced and championed by then District 1 Councilor Elizabeth Delarmente and unanimously supported by the City Council, the enactment of the said ordinance was triggered by the EcoWaste Coalition’s exposé on the unlawful sale of mercury-laced cosmetics in some retail establishments in the city.

The EcoWaste Coalition is actively promoting the said ordinance in other cities, encouraging local lawmakers to replicate it to control the illicit trade of mercury-containing cosmetics in their areas of jurisdiction. 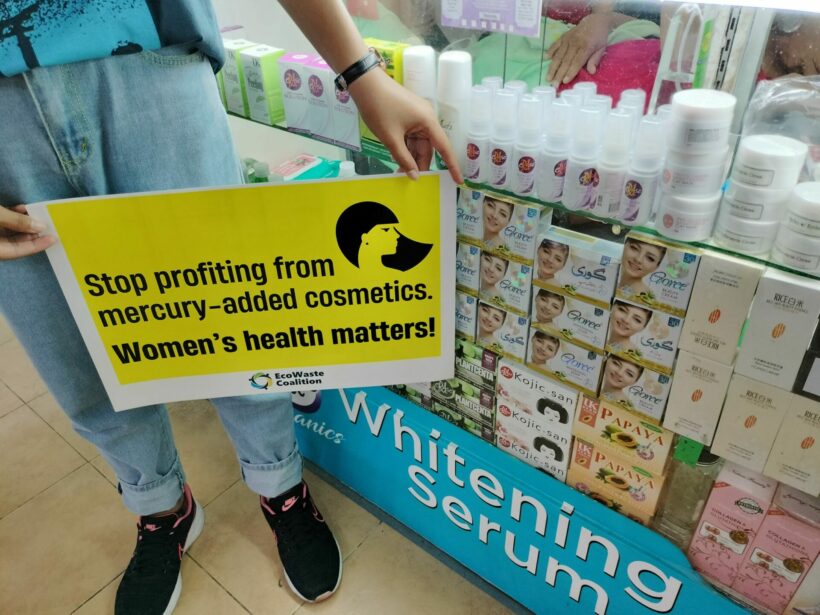 “Local ordinances if effectively enforced can surely contribute to abolishing the illicit trade of dangerous cosmetics with mercury in our cities, which is damaging to human health and the environment,” the EcoWaste Coalition concluded.