“The past is past; nothing can change it. But the future depends on the present; we still have the opportunity to shape it. This is not a matter of employing technology or spending more money, it’s a question of developing a sense of concern for others’ well-being. We need to show each other affection; to be sensible, warm-hearted, more compassionate human beings. This twenty-first century should be an era of peace, and yet it will not be achieved by releasing a few doves, but by developing inner peace within ourselves. It will take non-violent action to make this an era of peace”.

Today, 6 July 2022 marks the 87th birthday of His Holiness the 14th Dalai Lama. There are many events, celebrations and prayer offerings to His Holiness’ long life organised on this day of celebration and commemoration around the world. The whole of Tibet has been asked to be taken to heart in the prayers offered on these days and the Dalai Lama himself said during a celebration with some devotees in Taiwan just two days ago that: “in this life, I was born as a Tibetan in a small village in Amdo province. I will choose to reincarnate in a place where there is a greater need for my service. There is no doubt about that. I am quite certain that I will live for another 20-30 years at minimum to serve and give spiritual guidance to the Tibetan people. As my spiritual friends, I ask you to practise compassion in action”.

Tenzin Gyatso, was born on July 6, 1935 to a peasant family in the small village of Taktser in northeastern Tibet and was recognized at the age of two as the reincarnation of His predecessor, the Thirteenth Dalai Lama. The Dalai Lamas are the manifestations of the Buddha of Compassion, who chose to take rebirth to serve humanity. Dalai Lama means Ocean of Wisdom.

Wisdom and kindness are certainly the qualities that spontaneously come to mind when looking at pictures of this man, who has led the Tibetan people from a very young age and who has been in exile since 1959, living on the Himalayan slopes in Dharamsala, India, known as Little Lhasa, where there are cultural and educational institutions and serves as the ‘capital in exile’ for 130,000 Tibetan refugees. Many more are in Nepal, Switzerland, the United Kingdom, the United States, Canada, and other countries.

The Dalai Lama has travelled all over the world, received honours, honorary degrees, awards and spread his ideals of kindness and compassion, respect for the environment and interfaith dialogue, non-violence and world peace everywhere. We can certainly say that he is one of the most extraordinary men of peace of our century. When he was awarded the Nobel Peace Prize in 1989 for his non-violent struggle for the liberation of Tibet, he declared that he was accepting the prize on behalf of the six million Tibetans, his brave compatriots, who are suffering so much because of a strategy to destroy their cultural identity. A man who has lived his life and continues to live it with the firm conviction that “Tibet will be liberated with the weapons of truth, courage and determination. No matter what part of the world we come from, we are all basically the same human beings. We all seek happiness and try to avoid suffering. We have the same basic human needs and concerns. All of us human beings want freedom and the right to determine our own destiny as individuals and as peoples. That is human nature.” 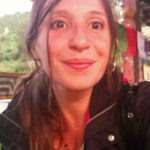