In telling the name of the Kabylia homeland (Tamurt n Leqbayel), in its brilliant exile the heart quivers. It resounds from afar in the tender soul, like the known footsteps or the mountains of Djurdjura veiled by the mist of the Berber spring which clings to this vital element which today takes refuge in the heart; but it’s there. It speaks there, cries there, sings there, rejoices there, complains there, and consoles there.

The evolution of the situation of socio-economic, identity and political claims has exerted the influence of Kabylia on the diaspora, which has played a fundamental role in the birth and development of these claims within immigration. Favorable conditions make it more attractive in a land of immigration in respect for individual and collective rights, but also and above all a democratic climate that makes possible cultural, associative and even political activism in the host countries, particularly in France, where the largest localized Kabyle community is located, it then becomes a place of Kabyle cultural and political activism. Exile then becomes the framework in which the resistance will develop.

Kabylia has a trained diaspora, endowed with diversified skills, and is likely to play a key role in its development, in particular through the example of the Association Iwadiyen de France (AIF) which organizes an annual party in Paris, whose the actions are worthy of being imitated, where the Kabyle diaspora finds itself in an atmosphere of joy and warm reunions between families and friends, an opportunity for each guest to reconnect with the community in an atmosphere of celebration and exchange of experience. 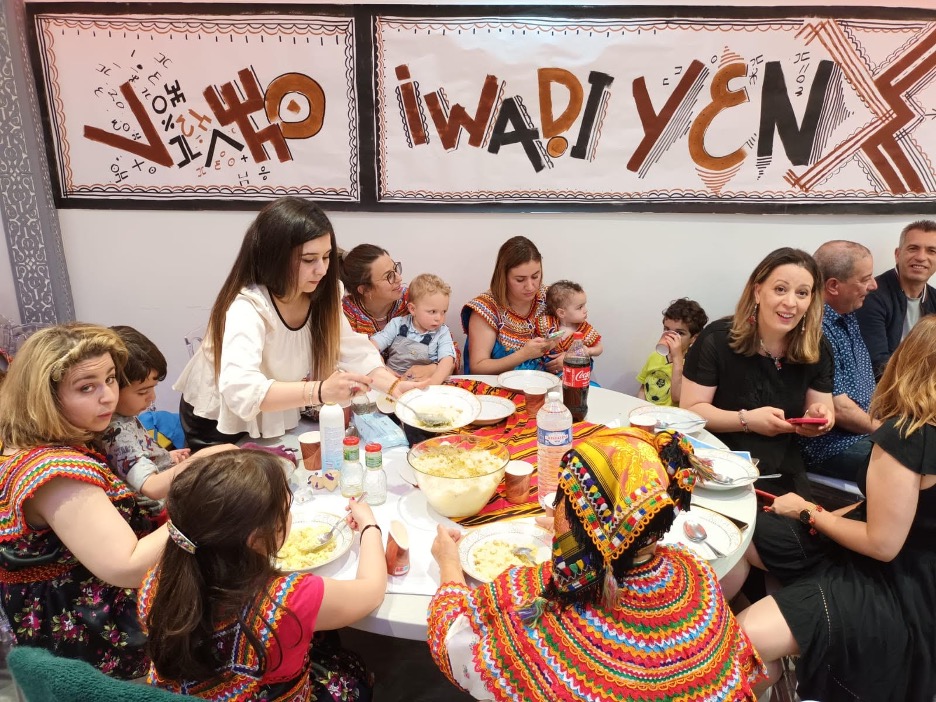 The Kabyle diaspora is the embodiment of the image of its native land abroad, which thus makes it possible to forge links and create spaces for exchange, a commitment manifested among the actions, in particular of the Iwadiyen Association de France (AIF) in favor of its native land remains remarkable, via remittances, in social economy activities and in the renewal of basic socio-economic infrastructures (schools, health centers, etc.).

Faithful to a tradition firmly rooted in its customs, belonging to a “Kabyle nation” generates an awareness where the identity of the individual can only be truly understood by taking into consideration his roots, and the soul of its origins.

Rabah Arkam
Rabah Arkam, born in Kabylie (Algeria), engineer by profession, activist for the Amazigh (Berber) cause and identity in Algeria and North Africa, is a human rights activist, fights for democracy and secularism in Algeria in a federal state, he is the author of several articles.