Despite the waning coverage of the war in Ukraine by the mainstream media, the fighting nonetheless persists. The U.S continues to send billions of dollars in weapons to Ukraine, sanctions on Russia persist as the world suffers inflation and a forthcoming food crisis, and EU leaders are meeting to consider initiating steps to accept Ukraine as a candidate. While some claim at least 4500 deaths, and others up to 22,000, [1] the fighting prohibits a clear estimation of the total number of casualties and people displaced.

Similar uncertainty over casualties arose in the years following the onset of the Iraq War in 2003. The Lancet estimated that more than 600,000 deaths occurred through June 2006 due to ‘violent’ means, which they categorize as death by gunshot, car bomb, other explosion/ordnance, and accident.[2] A study for PLOS Medicine, however, estimates that another 400,000 ‘excess’ deaths occurred through June 2011, which they labeled ‘nonviolent’ deaths. Causes of death in this nonviolent delineation included those caused by ‘increased lawlessness, degraded infrastructure, poorer healthcare, etc.[3]

As another empire ravages a country and its people in a nationalist, colonial enterprise, the West, given its position of power, needs to ensure that violence, in all forms, does not ambiguously endure as it did in Iraq. Furthermore, the geopolitical quagmire of the war provides no horizon for the cessation of fighting. Parts of Ukraine will be unquestioningly destroyed, but whenever ground combat does end, the true damage of the war will extend far beyond a body count of ‘violent’ deaths. There are no nonviolent deaths in war, and war is not the only form of violence. In this way, the world mustn’t be divided into a hierarchy of empires and the victims of their conquest.

To classify deaths caused by a lack of healthcare and infrastructure as ‘excess’ implies the violence of the war itself was not ‘excess’, and that the destruction caused by war is an anomaly. Furthermore, to classify combat deaths in war as violent, and deaths caused by the destruction of war as nonviolent is to assign different values to death. Such a distinction then normalizes the lack of basic necessities as a state of existence for millions around the world who haven’t just experienced the violence of war, but also the violence of colonialism, resource extraction, financial crimes, etc. This distinction perpetuates a global economic and social Darwinistic structure that begets these forms of violence. It creates a culture of thought that doesn’t just glorify combat deaths, but views a lack of healthcare, infrastructure, and basic living necessities as an unlucky consequence of the global order, or a lack of ‘development’, rather than a human rights issue. 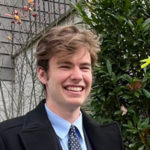 Carter Myers-Brown
Carter is currently pursuing a B.A in History and International Relations from Hamilton College in New York. He is particularly focused on international policy of climate change and globalization, and hopes to work in foreign policy in the future. Alongside his degree, Carter has worked at the Middle East Treaty Organization (METO), an NGO attempting to eradicate WMDs from the Middle East, and in U.S Congressional campaigns.