President Gabriel Boric today referred in harsh terms to the violence that is being naturalised in Chile and yesterday compromised the vital situation of one of the journalists of the community channel La Señal 3 of La Victoria, Francisca Sandoval, as well as wounding four other people with bullets fired at open fire by civilians in the Meiggs neighbourhood, Commune of Estación Central, while the march for May Day, International Workers’ Day, was taking place.

In view of these very serious events, the President said that “I want to express my solidarity with Francisca Sandoval, with her family. With the four people who were seriously injured, I want to tell them that the government is going to make all the resources available so that the investigation can be carried out, not only to arrest the guilty parties, but also to ensure justice”.

“I have just come from a meeting with different ministers to deal with this issue. And from the State we are going to provide all our support to Francisca, her family, and all the people who have been injured,” he added.

He stressed that “what is happening is unacceptable and there can be no half measures here. We are naturalising violence in our country in too many ways. We, as a state, certainly cannot allow organised crime gangs to take to the streets of our country… We are going to apply all the FORCE of the law to dismantle them, and the people who have been involved in these events should know that we will not allow them to continue acting in this way”.

The events took place in the midst of incidents and looting by hooded demonstrators following the alternative Workers’ Day march in the capital. In the midst of the confrontation between demonstrators and Carabineros, street merchants appeared on the scene and attacked the marchers with guns and shots. 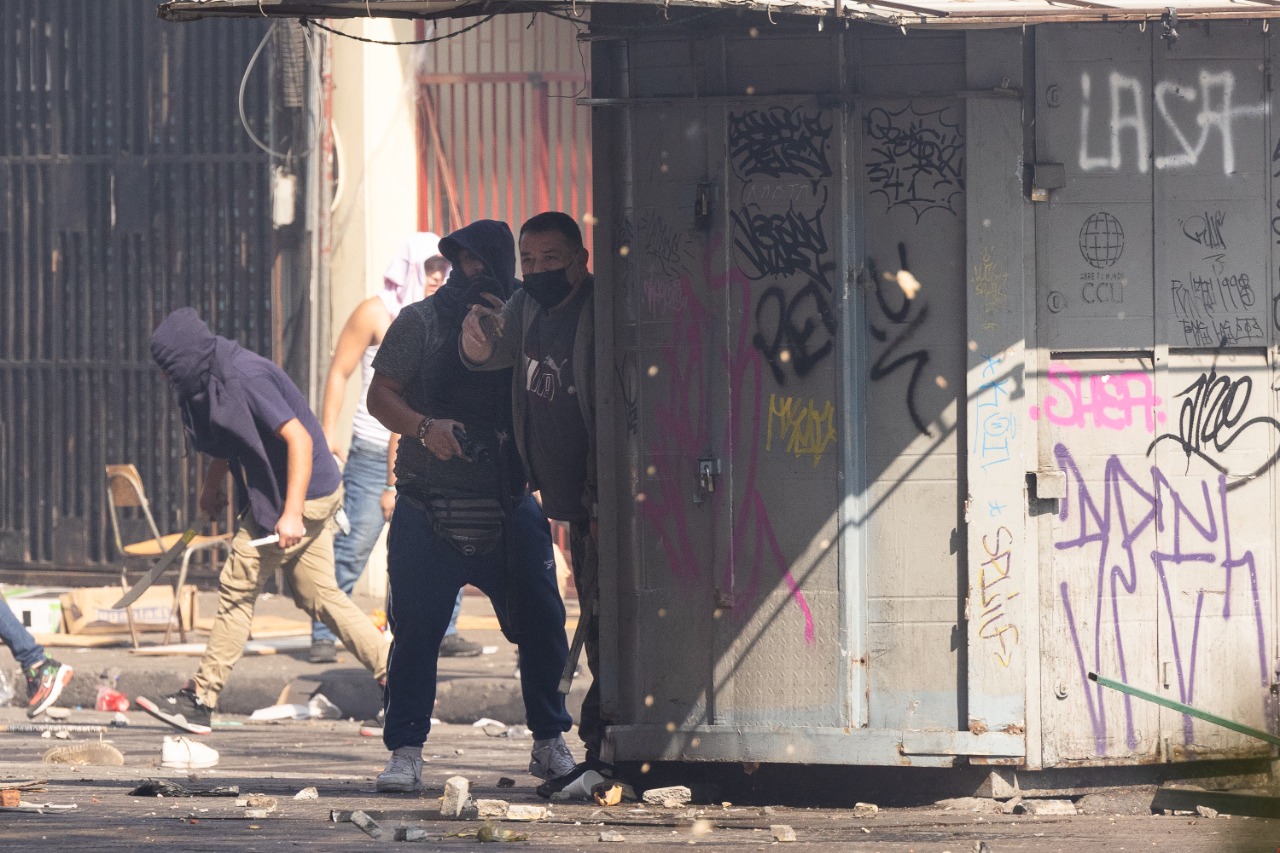 This violent chaos left three people shot and wounded, most of them journalists, among them Francisca Sandoval, the journalist from Canal Señal 3 La Victoria who is in vital danger after being operated on at the former Posta Central. In addition, a fourth person was injured by a stone.

As of today, two people have been arrested as possible perpetrators of the shootings, a Colombian and a Venezuelan. The PDI and the Fiscalía Centro Norte are working to establish whether they were the perpetrators of the shots that wounded the three people. Apparently, these individuals appeared in civilian clothes, with live ammunition weapons, shooting at the activists. At least two of them were photographically registered by the demonstrators and one in friendly conversation with the uniformed men. 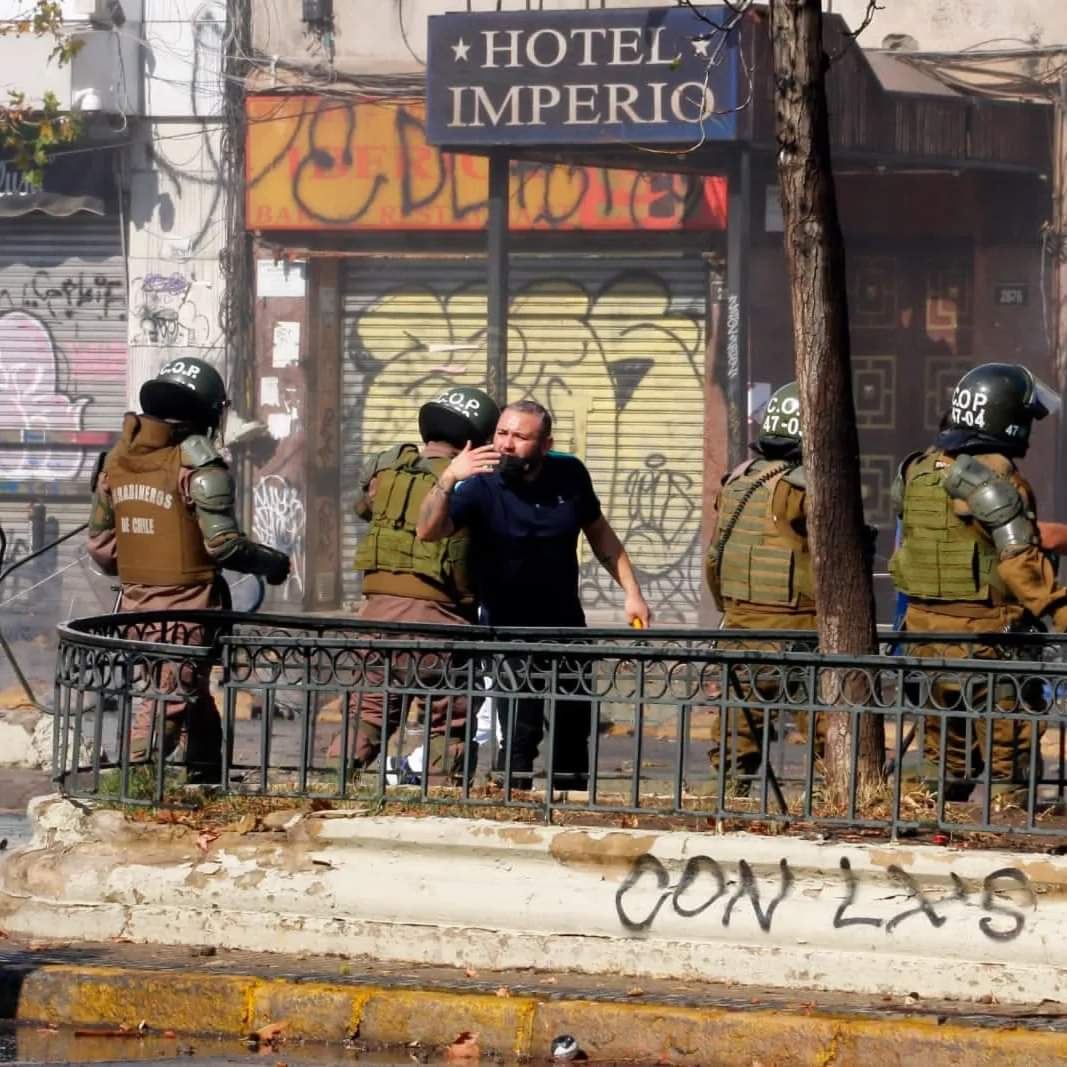 Minutes afterwards, again along the Alameda, a speeding car with dark windows also fired at the demonstrators. In this case, fortunately, no one was hit. The car fled as in the dark days of the military dictatorship. These armed civilians are believed to be mafias and organised crime in an area populated by informal workers and street traders. The collaboration of criminals with the repressive forces of the state is not a new phenomenon in Latin America. In fact, this is one of the most common ways in which the police “don’t get their hands dirty” directly, especially when it is an organisation that has been poorly evaluated by public opinion, especially since the social awakening of 2019, for its systematic violation of human rights. 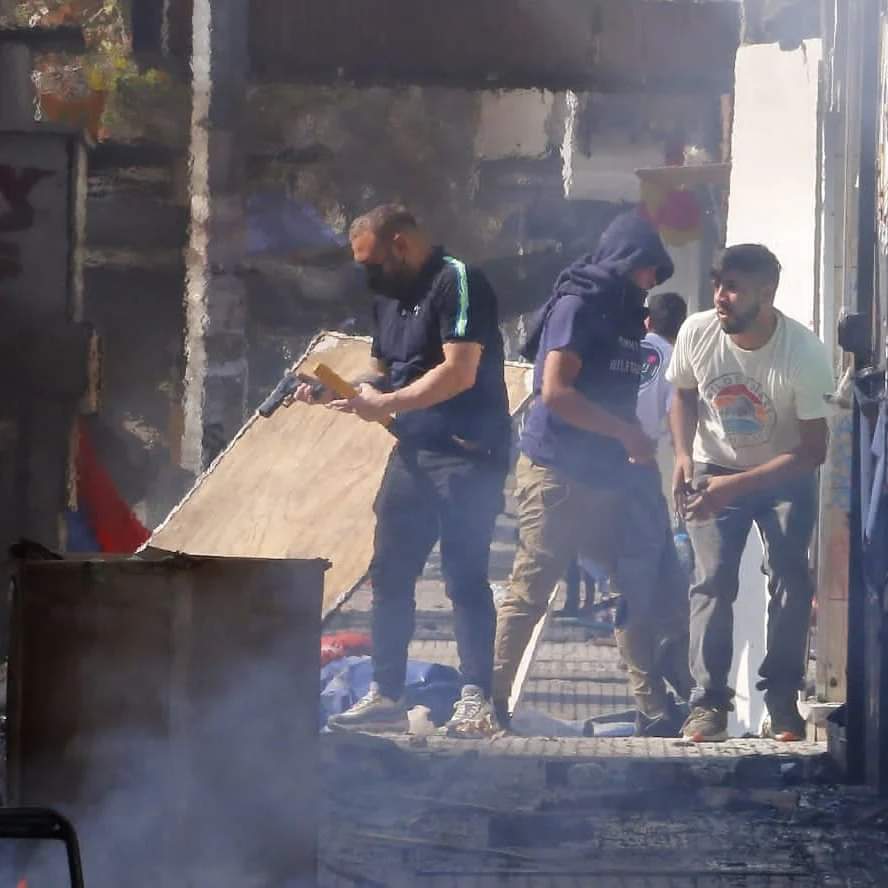 The government announced an internal investigation into the Carabineros for the images of shopkeepers in the Meiggs neighbourhood talking to uniformed officers, all this in the midst of the incidents. The Undersecretary of the Interior pointed out that what happened brought together two important issues in terms of public order and security: illicit trade and the use of firearms. 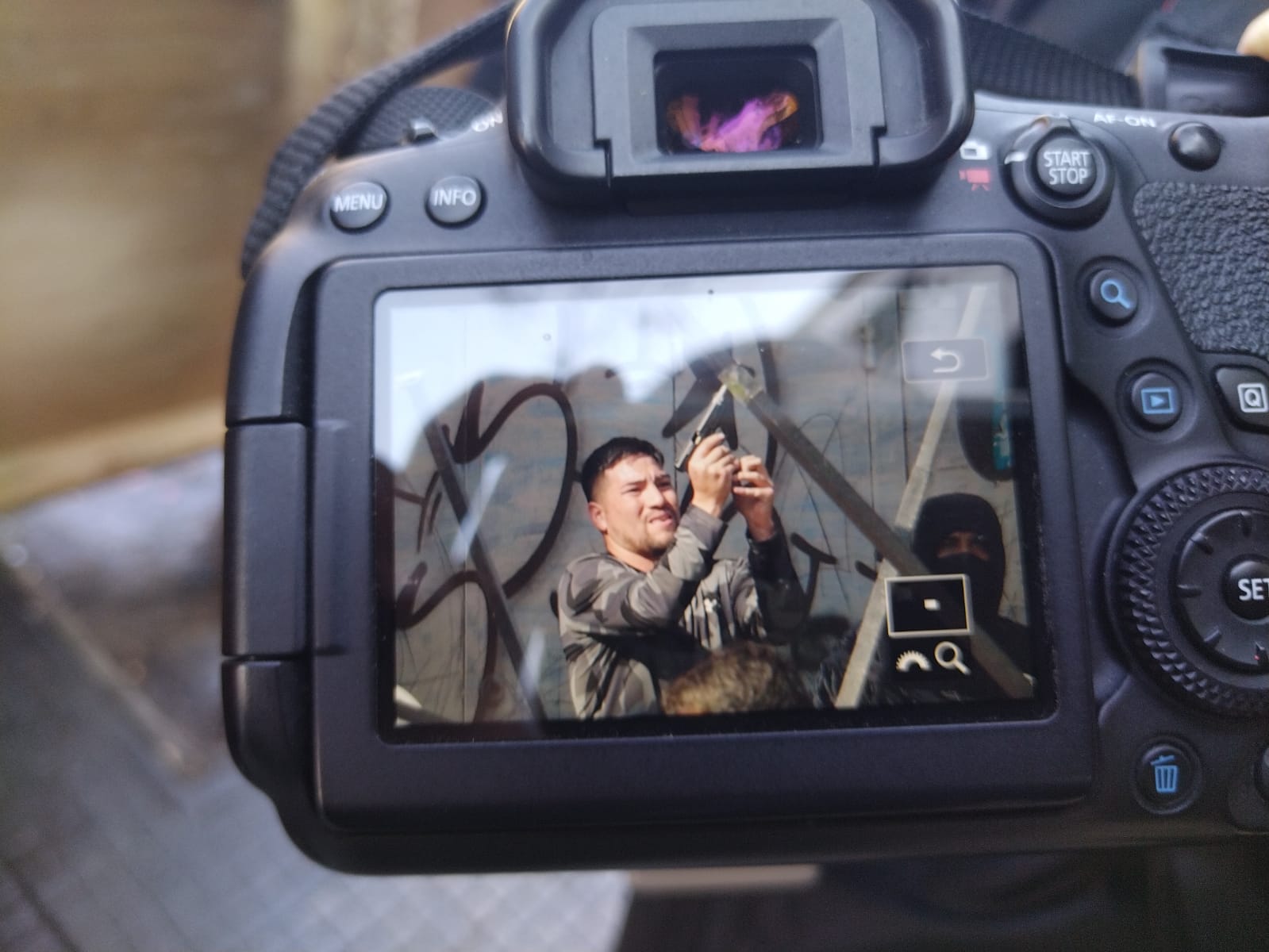