Ilhan Sami Çomak, the Kurdish poet who has been in a Turkish prison for the last 28 years, was awarded the Metin Altıok Poetry Prize and the Norwegian Freedom of Expression Award (shared with Ahmet Altan, writer/journalist from Turkey).

The jury of the Metin Altıok Poetry Prize stated  that “Ilhan has been reconstructing the world and human[ity] with an incredible poetry, a smooth language…[with] love[ and] passion for freedom and [with a] dream for peace even though he has not been living in this world for 28 years.”

When Ilhan was 22 years old, he was arrested and charged with arson and sentenced using his confession as evidence. The European Court of Human Rights ruled that Ilhan’s confession was obtained under torture. Regarding this situation, Ilhan says, “[m]y sentence is supposed to finish in three and a half years time. For six years, my file has been at the Turkish constitutional court after an application from the European Court of Human Rights (ECHR) in 2014. I’m waiting for an answer to my appeals, but they persist in their silence.”

The indictment behind my imprisonment is incredibly inconsistent. It is so far from the realities of life or logic that the sentence I received was quashed twice, on one occasion by a Supreme Military Administrative Court. I stood trial three times over a 22-year period. But the original decision of the 3-person commission of the State Security Court, in other words a court with a military judge, was never overturned. While the current laws place limitations on imprisonments that extend to 22 years, I was always sentenced… Moreover, I am Kurdish and for a long time there has been a cruel practice called “enemy law”, which is used to punish the Kurds.[Sic]

Ipek Ozel, Ilhan’s lawyer, said from Oslo after she received the award on his behalf, “I am so so so much emotional for both of them and really very proud of him because, despite all the evil he had to face he really could protect his beautiful soul and didn’t give up at all-, on the contrary, yes, of course, he is tired of these very long 28 years of imprisonment but as he always says he is happy seeing that his poetry is slowly proving itself and more his poems now bring him, love and genuine friends.[Sic] 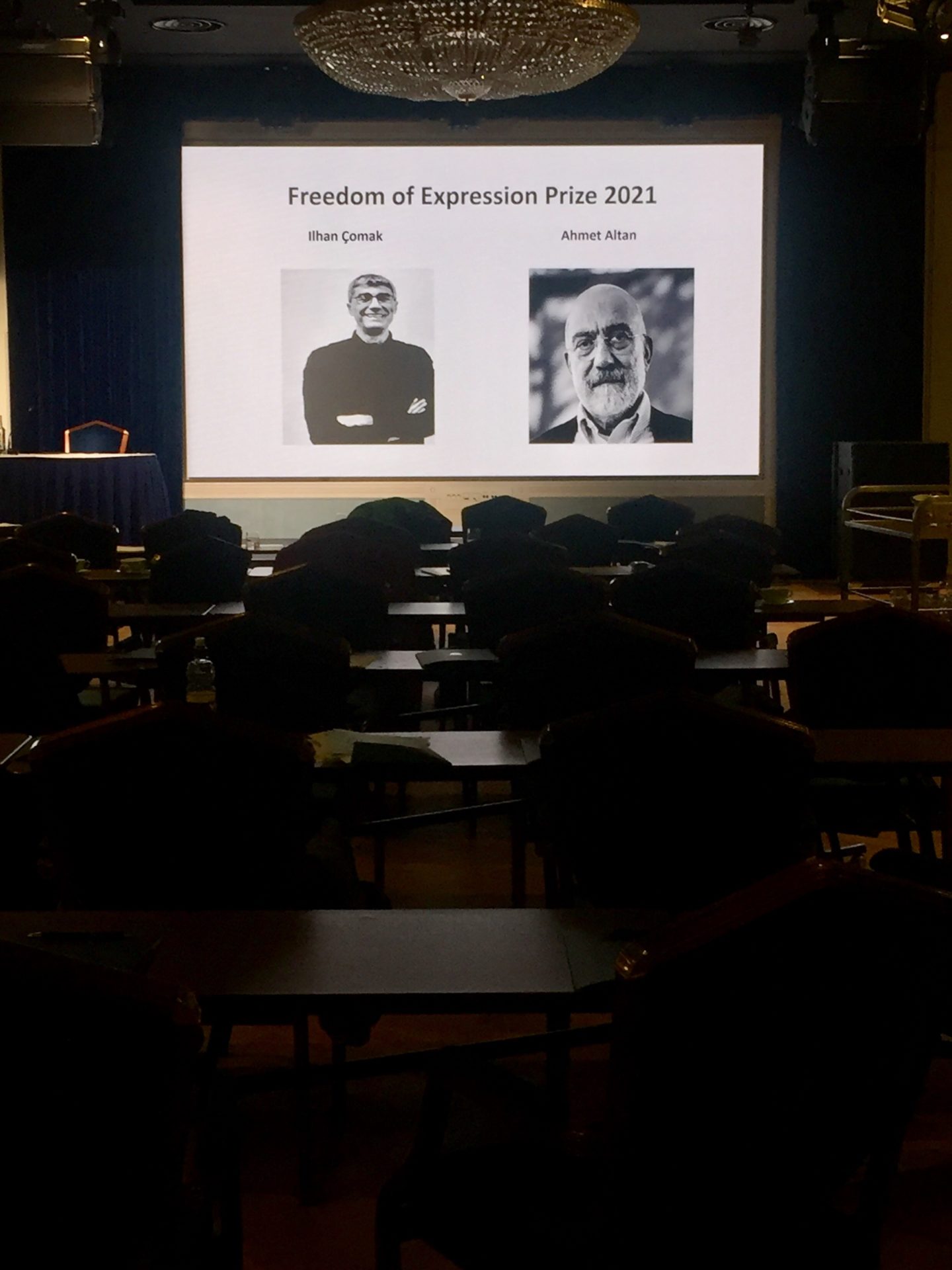 Jhon Sánchez
Jhon Sánchez: A Colombian born, Mr. Sánchez, arrived in NYC seeking political asylum where he is now a lawyer. His most recent publications are United Tombs of America (Midway Journal), ‘Handy.’ (Teleport Magazine) and The DeDramafi (The Write Launch republished in Storylandia, issue 36). He was awarded the Horned Dorset Colony for 2018 and the Byrdcliffe Artist Residence Program for 2019. In 2023, New Lit Salon Press will publish his collection Enjoy Pleasurable Death and Other Stories that Will Kill You. For updates, please visit the Facebook page @WriterJhon, Instagram jhon_author, Twitter @jhon_author. https://muckrack.com/jhon-sanchez/articles