The reasons for this demand lie in the consideration that nuclear energy is dangerous and uncontrollable, as the Three Mile Island disaster in the United States, Chernobyl in the former Soviet Union and the TEPCO plant in Fukushima have dramatically demonstrated.

This taxonomy also promotes the misconception that nuclear energy is a possible alternative to climate-altering sources when in fact the unresolved problem of nuclear waste and the danger inherent in nuclear power plants poses a risk to the environment and the very survival of mankind.

In the same letter, the German government’s decision to abandon nuclear energy, motivated in part by the Fukushima disaster itself, is considered courageous, and the European Union is urged to show the same courage by favouring only renewable sources among its energy conversion choices.

The letter in full 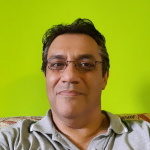 Giorgio Mancuso
Giorgio is a lifelong humanist with a deep faith in the possibility and the need to build a new world, based on solidarity, where the human being is the central value and concern. His interests include: economics, especially those movements that propose alternative economic systems, and open source programming. Since 2010 he has been a member of The Community for Human Development, a cultural organisation of the Humanist Movement.