Isn’t it enough that 150 million people died in the two world wars?

Are we the people again the fuel of their geostrategic interests?

These days we are witnessing a grotesque spectacle between the US with NATO, and Russia, taking Ukraine as a puppet, playing a dangerous game instigated by media allied to the arms complex that could lead Europe and its peoples to a dead end.

The leaders of each side, far from accepting the new world situation of multipolarity and nostalgic for their superpower era, continue to compete to show off their military power in an attempt to maintain their supremacy in a bloc policy that is already outdated.

We are in this new Metaverse where the latest technological means are mixing pseudo-news and montages of images, whose veracity is impossible for the average citizen to ascertain, with cyber-attacks and warmongering declarations. All of this is generating a new climate of fear when it seemed that the pandemic was already being cleared up.

What is not virtual is the number of armaments concentrated in the area, particularly nuclear material: Russia and the United States possess more than 11,850 nuclear weapons. France and the United Kingdom (NATO members) have a few hundred each, not counting what the United States has stockpiled in other NATO countries: Belgium, Germany, Italy, the Netherlands and Turkey.

Beyond the geostrategic interests of both sides, in particular the question of gas and the Russia-Germany connection with the Nordstream2 pipeline, it would be good to ask ourselves about the real aspirations of the people, in particular the people of this area, who have become pawns on this chessboard… Citizens on any side of the planet want to live in peace, to have a decent quality of life with health and education.

Therefore, from World without Wars and without Violence, we urge on the one hand the governments of the European area to not allow themselves to be dragged into an armed conflict:

not to allow themselves to be dragged into a war that is not theirs, to stop following the mandates of the USA, and to have a truly neutral position.
to call into question once and for all the very existence of NATO on their territories
not to use different yardsticks when it comes to denouncing the occupation of territories
including Russia:

to withdraw all its troops sent to Ukraine, assisting in de-escalation
sign the nuclear weapons ban treaty, the NPT
to reverse the amounts invested in armaments in favour of health (the pandemic revealed their lack of investment in it) and education.
We also invite the populations to become protagonists by actively expressing their reprobation of these warmongering policies, by putting pressure on their governments to sign the NPT, by organising themselves in a nonviolent way to raise awareness that militarism can never lead to peace. The only way forward is a people-centered peace process, using the methodology of nonviolence.

It is time to respond to the clamor coming from the future! It is time for the people, the ordinary people, the invisible people, those who do not participate in the negotiations and do not appear in the media, to make their voices heard against war and for peace.

It is time to come out of prehistory, giving peace a chance! 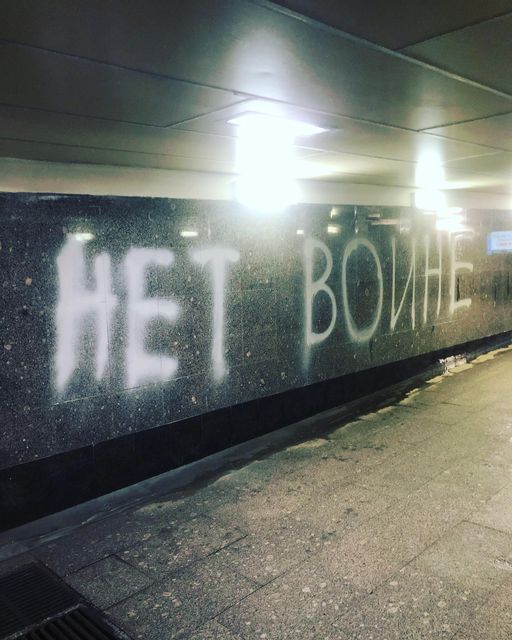 Notes: [i] US-German gas trade war: the US trap