First it was coltan, the essential mineral for our mobile phones, computers, remote-controlled weapons… necessary for their functioning and yet 80% of this mineral compound is extracted in the Democratic Republic of Congo (DRC), in open-pit mines that are real concentration camps, where children and women are forced to work, enslaving thousands of people and where rapes, murders and the absence of human rights are present on a daily basis. Today the situation has not changed despite the fact that both the international community and the large multinationals know what is happening and are not providing solutions. Much has been written, much has been denounced, but everything remains the same. The suffering and blood of some for the blind benefit of others.

The same has happened with biodiesel. A greenwashing by the very countries that are responsible for climate change. They said it was a greener fuel. The European Union backed its use while hiding the fact that the production of biodiesel endangered the food sovereignty of the poorest. Thousands of hectares of soya, sugar cane and palm oil are being used for this alternative fuel to oil, and forests are being destroyed to be replaced by monoculture palm oil plantations in Asia, Africa and Latin America. The expulsion of native peoples from their lands, the transgression of human rights, the extinction of species and the loss of biodiversity are the very serious problems caused by these actions that claim to be “green”, “ecological”, “environmentally friendly”. The ignorance of many, the passivity of others and the profit of many more turn green policies against those who want to work for a better world. Palm oil has also found its way into global food and cosmetics, further increasing crimes against humanity against the poorest populations. Is this taking clean action against climate change? Who believes it?

Recently there has been a push to buy up sensitive parts of our ecosystem in order to fight climate change, forgetting that 80% of these areas are already protected by indigenous peoples if they were allowed to stay and look after their lands. But no, we expel them from their ancestral lands and then declare them protected areas. This is a mockery of the history and dignity of the native peoples who teach us so many lessons, new crimes that add to the green industry. A new veil that is placed before our eyes so that we do not see what is going on behind it. The UN has already declared that the 2030 Agenda is a failure by leaving aside the indigenous peoples.

Well, now, and continuing with these “great ideas” to combat climate change, our politicians are betting on electric vehicles, hiding of course, at the expense of their disastrous and pathetic green policies, what is behind them and the business that is generated. The last motor show held in 2021 was clearly committed to electric cars, with a slogan such as: “They are not the future, they are the present”. Out of 18 new products presented, 16 were fully electric. The European Union, and Spain among them, declared that by 2035 they want to have the entire car fleet electric. How easy it is to say false words that they know perfectly well that they will not be fulfilled but in this way, they deceive us and pretend that they are fulfilling the agreements to mitigate emissions, when we have seen the great failure of the COP 26 that the media have overlooked for clear interests.

Amnesty International has documented serious human rights violations linked to the extraction of minerals used in lithium-ion batteries, especially in the DRC, where again, both children and adults work in hand-dug cobalt mines facing serious health risks as well as human rights violations. International Secretary General Kumi Naidoo said: “We must change course now, or those least responsible for climate change – indigenous communities and children – will pay the price for abandoning fossil fuels. Energy solutions must not be based on past injustices”.

Hundreds of companies have set out in search of the graphite, cobalt, lithium, copper, nickel and manganese deposits essential for battery production around the world, with no respect for ecosystems including marine ecosystems. It is the gold rush of the present and future. The destruction of tropical forests, the poisoning of rivers and aquifers, the massive use of fresh water and the depletion of these same resources indispensable for life are foreseen. Had not our “green politicians” who walk around with the round pin on their chests in the colours of the different objectives of the 2030 Agenda, when the UN says that it has failed, thought of this?

Ecologistas en Acción has already warned of the environmental risk that may be posed in Spain in the new battery regulation, aimed at promoting electric vehicles, because also in Spain that mining fever can break out with the consent of the government itself and the serious consequences for the environment of our countryside.

The Atlas of Environmental Justice, coordinated by the Institute of Environmental Sciences and Technologies of the Autonomous University of Barcelona, has published a report documenting some of the social and environmental impacts of the so-called “green” mining of lithium, copper and graphite. This mining, they announce, has already expanded rapidly into fragile ecosystems such as the Amazon, rainforests, glacial areas, salt flats, mountain ranges and wetlands. All areas of “vital importance for freshwater supply, life support and the regulation of our global climate”, according to the report. It documents 25 cases that are surely the tip of the iceberg of the explosion in the search for these minerals. The report concludes that the extraction of these new minerals on a massive scale “will reinforce the injustices and unsustainability that have exacerbated the climate crisis we find ourselves in globally”.

Argentina, Chile and Bolivia are among the other countries that have definitively opened the door to the unlimited exploitation of lithium that threatens the indigenous cultures of the Andean salt deserts. The extraction of this alkaline metal for electric car batteries requires enormous amounts of water. The ancestral communities of the Aymara. Quechua, Kolla and Lickan Antay, are already suffering from this pressure on their own lands. The indigenous communities of the Atacama denounce the drought to which they are subjected because rivers, wetlands and meadows have been reduced, mainly due to lithium extraction. Chile has unique lithium reserves and has been called the Saudi Arabia of lithium. It is extracted at low cost by pumping the lithium-rich brine found beneath the Atacama salt basin. In this process up to 95% of the extracted brine evaporates into the air, exacerbating water shortages.

Do our politicians need to know any more to understand that electric cars are going to be financed by blood, slavery and the violation of human rights? Where are the environmental advisors? In the future will they penalise those who have electric cars as they now penalise those who have diesels that were once promoted by their own governments as being environmentally friendly? It is a real outrage to reason, to humanity and to people’s hearts.

Alternatives exist, but they do not want to be studied and put into practice because it would break all the schemes set by the multinationals and governments, since we must not forget that, for every litre of petrol of any kind that we buy for our vehicles, there is an appetizing tax that the government takes. The water engine is one of them that has not been investigated and researched, and this would be one hundred percent ecological. Or the magnetic engine and also the alternative of the solar engine. Three clean and non-polluting solutions, but of course, much cheaper for citizens and with few benefits for multinationals and governments. However, they have opted for an engine that needs batteries that must be taken from natural resources and therefore go against green thinking. We should push for real “green policies” to be true and effective, not a cover for the irresponsibility of those who lead our roads into a hellish abyss.

Using large electric batteries for vehicles is not an advance in CO2 reduction, because what is gained on the one hand is lost on the other, and in a more violent way, since the extraction of minerals, as we have seen, involves: slavery, human rights violations, deforestation, water pollution, destruction of the habitat of the planet’s sensitive species, expulsion of native peoples from their lands, loss of biodiversity, extinction of species… Can this be called ecological or green? Why have the multinationals and governments agreed on electric vehicles, ignoring the ecological disasters that exist in them? What alternative is left to the citizens so as not to collaborate with this environmental disaster? Why have they rejected other types of engines that run on water, even sea water, sound or magnetic fields?

As long as these questions remain unanswered and there is no real choice for a change to new technologies that do not contribute to the destruction of our ecosystems or to the violation of human rights, the steps taken will only be slides that disfigure the reality and hide from our eyes the blood of the maddening vapour of car batteries, new fruits plucked from an already badly wounded earth. 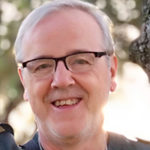