IN VIEW OF THE RESULTS OF THE PRESIDENTIAL ELECTION AND THE SECOND ROUND, THE CENTRE FOR HUMANIST STUDIES CEHUM-ALÉTHEIA DECLARES:

As a Centre for Studies, we see with concern in the programme of Candidate José Antonio Kast a civilisational step backwards, when he eliminates social rights and/or deepens inequality in matters such as education, health, housing, culture and pensions. He eliminates rights won by the women’s movement, restricts support, granting it only to married women, and returns them to the private sphere by proposing to close the Ministry of Women’s Affairs. It manipulates the concept of freedom, while violently imposing an ideology typical of the darkest ages of humanity, threatening with persecution and repression anyone who aspires to a different, diverse and libertarian society. With regard to the defence of citizenship, the proposal to close the Institute of Human Rights is worrying.

CEHUM-Alétheia promotes freedom of thought and we are concerned about the persecution of the Latin American Faculty of Social Sciences (FLACSO), which was created in 1957 on the initiative of UNESCO with the status of an international, intergovernmental, regional and autonomous body, made up of Latin American and Caribbean countries, dedicated to research and the production of knowledge.

In his programme, candidate Boric declares that “The next government must implement the transformations that the people have demanded in the mobilisations of recent decades, with special emphasis since 18 October 2019 and which gave rise to the constituent process. Therefore, the country must be led by a project whose objectives are to generate a deeper democracy, greater equality and more freedoms for individuals and peoples, whose driving force for change is the deconcentration of power and overcoming neoliberalism”.

Beyond a presidential election, it seems vital to us to protect the will of 80% of Chileans, who demonstrated and voted for a process of deliberation and implementation of the first democratically drafted Constitution, with parity and with the participation of indigenous peoples.

In this regard, the candidate Gabriel Boric, explains his commitment to “Support the Constitutional Convention both in the management and state infrastructure, as well as facilitating citizen participation and generating an agenda of transformations to implement its agreements”.

Meanwhile, the candidate JA Kast not only led the Rejection option in the plebiscite, defending the Pinochet Constitution, but today denies the Constitutional Convention’s original constituent role and declares: “…we have an assembly that in 90 days … has devoted itself day and night to deepening the division between Chileans and prioritising ideologies over social urgencies. We do not want to re-found. We are not going to radically transform anything”.

We are concerned about the concrete threat of the advance of anti-humanism and that it is the far right that governs. We therefore urge you to reflect, organise ourselves and build a progressive front with all the Social and Territorial Movements, Study Centres and Independents, to support the candidacy of the candidate Gabriel Boric, in pursuit of the joint aspiration for peace, justice, social development, a plurination that respects and values diversity and a coexistence that allows us to move forward from a formal democracy to a real one. 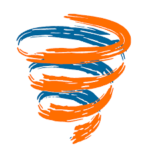