Today in Madrid the Saharawis gathered in Puerta del Sol together with the solidarity movement with the Saharawi cause to condemn the sadly tripartite agreements of Madrid, by which Spain did not decolonise the territory but handed it over to the Moroccan regimes and that of the then Mauritania of Ould Dadah. The Contramutis portal, directed by journalist Lafarga, followed the demonstrations on Saturday 13 November.

Spain’s responsibility for the situation in Western Sahara and its obligation to bring about a solution to the conflict between the Polisario Front and Morocco was the focus of the massive pro-Saharawi demonstration held in Madrid.

The demonstration is held every year to coincide with the anniversary of the signing of the Madrid tripartite agreement, by which Spain handed over what had been its 53rd province to Morocco and Mauritania. The 46th anniversary of Spain’s departure coincides on this occasion with one year since the resumption of the war in Western Sahara, when Morocco broke the ceasefire that had been in place since September 1991. 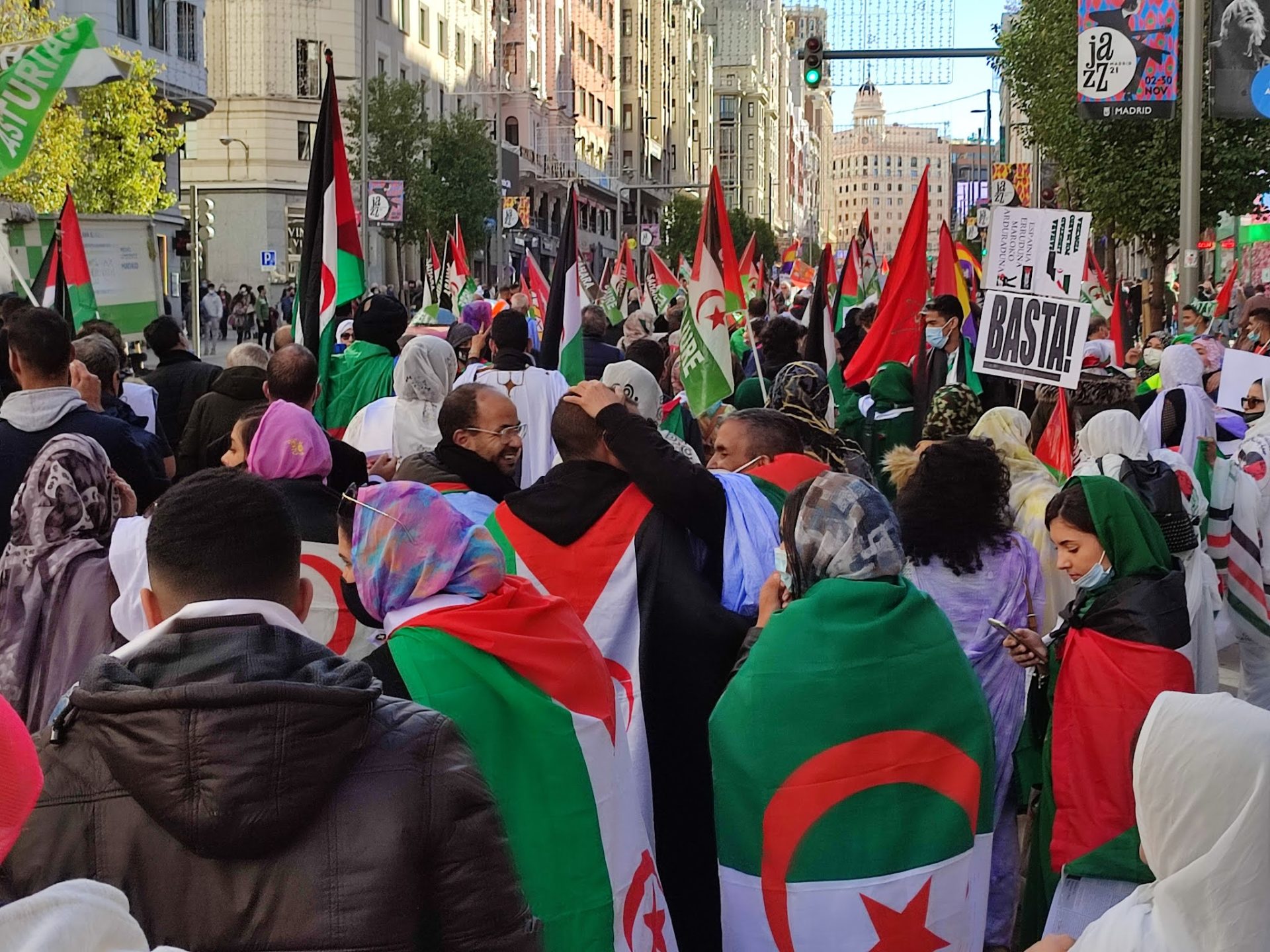 Several thousand people from different parts of Spain, including Saharawis and supporters of their cause, went from the Plaza de España, along the Gran Vía, to the Puerta del Sol, behind a large banner with the slogan “No to the tripartite agreements of Madrid” and “Stop the violation of human rights in Western Sahara“.

Behind the banner, among others, Luke Uribe-Echebarria, senator of the Basque Nationalist Party; Enrique Santiago, secretary general of the PCE, deputy and secretary of state for the 2030 Agenda; Jon Rodríguez Forrest, head of the Izquierda Unida International Relations Committee for the Middle East and North Africa; Xavier Serra, president of the Coordinadora Estatal de Asociaciones Solidarias con el Sáhara, the organisation organising the demonstration, and Abdulah Arabi, Polisario Front delegate for Spain.

The betrayal of the promises made to the Saharawi people by Spain was highlighted in the manifesto read out by the Navarrese athlete Joseba Alzueta, who has travelled 460 km to reach Madrid from Pamplona to ask for an end to the violation of human rights in Western Sahara.