A POEM AND A BACKSTORY

Imprisoned by an unseen virus,

When the body is shackled

If not to future hopes

Dimmed by a closing in of the horizons,

Then to memories, both sweet and sad.

Moments of joy and laughter

Of peace and quiet happiness.

Moments when the future was open

Moments when resentments were overcome

When anger, guilt, and remorse no longer held sway.

When everything was clear and bright.

And so, the mind wanders

Beyond the corridors of anxieties and despair

To where the wellspring of renovation, lies. 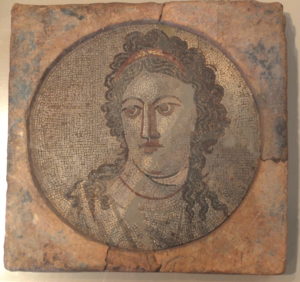 Mnemosyne, in Greek mythology, is the goddess of memory and one of the Titans. She was the daughter of Uranus (Heaven) and Gaea (Earth), and, according to Hesiod, the mother (by Zeus) of the nine Muses. She gave birth to the Muses after Zeus went to Pieria and stayed with her nine consecutive nights.

In ancient Greek myth, Mnemosyne (Memory), the mother of the Muses, is said to know everything, past, present, and future. She is the Memory that is the basis of all life and creativity. Forgetting the true order and origin of things is often tantamount to death (as in the case of Lethe, the river of death in Greek mythology, which destroys memory). (source: Brittanica.com)

Here is a more modern transliteration of the ancient Orphic Hymn 77 dedicated to Mnemosyne:

You have the power to awaken the lethargic
Uniting the heart with the head
Freeing the mind from emptiness
Strengthening and stimulating it
Keeping darkness away from the inner look and forgetfulness
Come blessed power.
Awaken the memory of your initiates in the sacred rites,
And tear the knot of Lethe.
(source: Book of the Community)