“He who has a clear conscience has a bad memory”.
Les Luthiers

With the exception of ours, the brains of all other animals come with their routines pre-programmed by their genes. This makes it impossible, for example, for a bear to live in the desert or a camel in the jungle. Except for us, for all of them, these prescriptions are an advantage, because soon after birth they know how to behave and the vast majority manage on their own as soon as they open their eyes, but they lack the ability to adapt to different environments for which they are prepared. Apart from the basic functions that we share with all animals, such as breathing, crying, eating, etc., we sapiens can adapt to a multiplicity of environments and environments of greater or lesser quality. Our brain is plastic, but it requires a great deal of learning time.

Like us, other animals carry out complex operations that respond to both internal and external states in order to react according to the situation. These are the emotions that run through us all. If there is fire, we must flee; if there is food, stay; if there is danger, defend ourselves; or, as Venegas would sing: if there is love, get close. All animals respond naturally to the various states ranging from pleasure to pain. But as complex as the operations of all animals are, none but us know of their own individual existence. That is, I know that whoever is sitting at this desk writing this text is me, and it must be me, because I am here. I experience my existence. I am not you. But my dog who, coincidentally, is now barking trying to catch the elusive cat that is teasing him over the ledge, none of them know that they are them, their consciousness is so basic that it is not enough for them to know who they are. All animals may have a mental life but we will never know it, simply because they lack a concept of their own identity and cannot express it. They are conscious of their biological individuality, but not of their own identity. In other words, when consciousness appeared, especially complex consciousness like ours, the masters of life appeared. Until then, nature had no owners. And all other animals, except us, still do not. It must have been advantageous for evolution to incorporate into an animal like us such a broad consciousness that would help to know the feelings caused by its emotions. Knowing the feelings caused by emotions must have been advantageous for life. While we can reflect with complex mental functioning, the rest must react without hesitation. Although they also, like us, make tools, communicate with their peers through symbols or gestures, manipulate behaviour, have social norms that guide their reproduction, coexistence and survival without having any idea of what is right or wrong, and also think in a more elementary way than we do, because their understanding of their lives is limited to reality, while ours extends beyond the physical world, freeing the imagination to the realms of metaphor, as is this very story. And this is a marvel that, because it is so much ours, we fail to appreciate. Remembering the past and imagining the future must help the government of life.

We are transformed thanks to the plasticity of our brain, and precisely what we are is not a consequence of what our brain modelled, but, on the contrary, of what it discarded. Such is our capacity to adapt that as we grow and develop in a given biological and cultural environment, we discard the rest of the many possibilities of adapting to other niches. It happens with language: we can learn any language, but as we learn one, it becomes difficult to learn others. The evidence of this is that at the age of 2 years our brain has more than 100 million brain connections (synapses) waiting to learn the appropriate thing and in adulthood, less than half of them. The brain is refining its operations. It gains experience, but it is still plastic, it will never stop being plastic. And you are the result of all the different people you had to be to get to your present day. Your values and outlook today are different from those of your childhood or adolescence, and the story you tell us today would be completely different from the one you would have told when you were 10, 30 or 50 years old, even if you believe otherwise. Because all our personal experiences leave their records and transform us into someone different each time. And because, in addition, the neurons you used to remember your 10 years are now occupied in other memories that update your personality and make that one a blur, difficult to bring back to the present except with a little imagination. As David Eagleman says: “The enemy of a memory is not time, but other memories”. We are a single person who went through many others, some forgotten, some invented, but all different. This is best described by the beloved American poet Walt Whitman in this sentence: “Do I contradict myself? Yes, I contradict myself. And so, what? I am immense, I contain multitudes”.

His autobiography, by which I mean his own, is made up of personal, social and love memories, of experiences, of plans fulfilled or projects to be realised. And in the middle, and in view of the fact that memory is not enough to remember everything, there is a lot of fictional filler that ends up giving coherence to the story. Simply because our brain does not tolerate inconsistencies and invents fillers to avoid them. You are all that, made consciousness.

The higher consciousness that allows us to be, timidly emerged in our biology in the savannah of our native Africa hundreds of billions of years ago, together with our capacity to express feelings, objects or events, our own or others’, in the form of symbolic words that multiplied in a community of speakers, who, little by little, added to the gestures and sounds with which they had been communicating up to that moment. The adaptive morphological changes that made us stand on two legs, the modification of the larynx that made it easier to vocalise, the enlargement of the brain and its neuronal changes, plus the increase in its complexity such as the incorporation of Broca’s brain that made speech possible and Wernicke’s brain that gives meaning to words, among other geographical changes that also brought them along, made it easier to talk about themselves. Although, of course, in the face of the facts consummated by the morphological transformations to which we had to adapt in order to reach the level of our present consciousness, we would never have predicted the results in sight, because luck leaves no evidence of its passing and yet it is so important. This novel way of expressing oneself, probably at first between a mother and her baby or during peer grooming, increased the narrative capacity and the memory to remember the concept of the new words incorporated into the community, allowing the self that inhabited each individual and that will surely inhabit the rest of the animals unable to know it to emerge. This made it easier to talk about the past and the future, about oneself and about others. Without social interaction there would not have appeared a self-awareness as complex as ours.

It was when, from then on, a child could invent invisible friends to play and chat with, an adult an affair with a partner or draw a tool in his brain. Or even see angels or superior beings, which in itself does not corroborate their existence, but it does corroborate the mystery of their appearance, which should worry us and help us to investigate and learn to flee from superstitions, because the only thing that explains a miracle is another miracle.

“Beware of those people… We don’t know what they’re up to”. Sings Alejandro del Prado in “Los locos de Buenos Aires”. 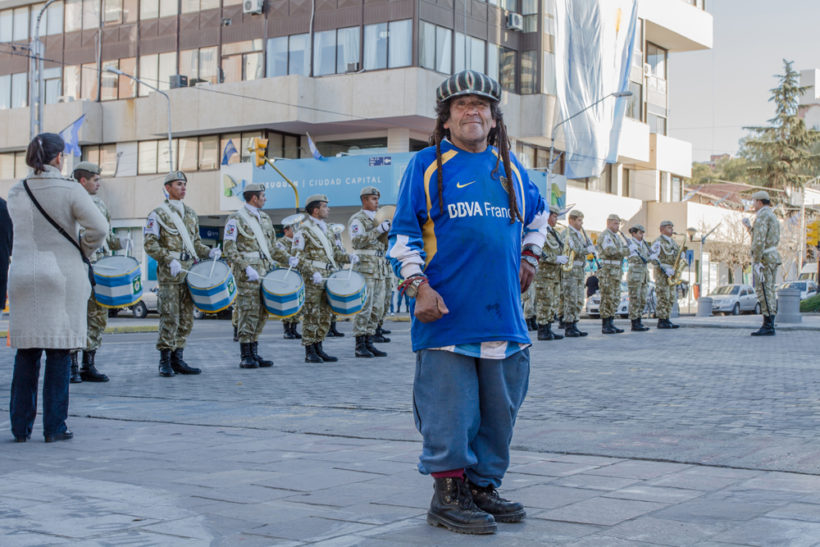