The Life March comes to an end with a ceremony of well-being and a fraternal embrace.

The 3rd and final day of this Latin American March for Nonviolence in its traditional Live Version, like the previous days, was full of challenges, adventures and learning. Most of the Base Team stayed at the recreational facilities of UNDECA (Unión de empleados de la Caja Costarricense de Seguro Social) who kindly gave us their support and sponsorship for this event.

On the 30th of September at 7:00 a.m. the Base Team of the Live March (EBMP) of the March, arrived at the announced departure address, in Heredia, however, as no new marchers arrived and taking into account the weather forecast for the afternoon, it was decided to go ahead by vehicle to the Centre of San José with the purpose of arriving in time to Ochomogo before the rain arrived.

So, it was symbolically decided that the March would leave from the Plaza de la Democracia y de la Abolición del Ejército (Square of Democracy and the Abolition of the Army) located in the capital of Costa Rica. At this point, Mr. Carlos Garbanzo, member of the Buen Vivir Community, joined the march.

It is worth mentioning that next to this park is the National Museum, whose building was formerly the General Headquarters. In Costa Rica all the military barracks, which have been structurally rescued, have been converted into museums.

After the first 3 and a half km on the road to Ochomogo, we pass through the canton of San Pedro de Montes de Oca. Authorities of the Municipality of this canton headed by the Humanist Vice-Mayor José Rafael Quesada and the First Vice-Mayor Arq. Ana Lucía González. In a very pleasant atmosphere, municipal officials, neighbours and marchers shared refreshments and briefly discussed possible future projects involving the Municipality and the population of the New Generations. 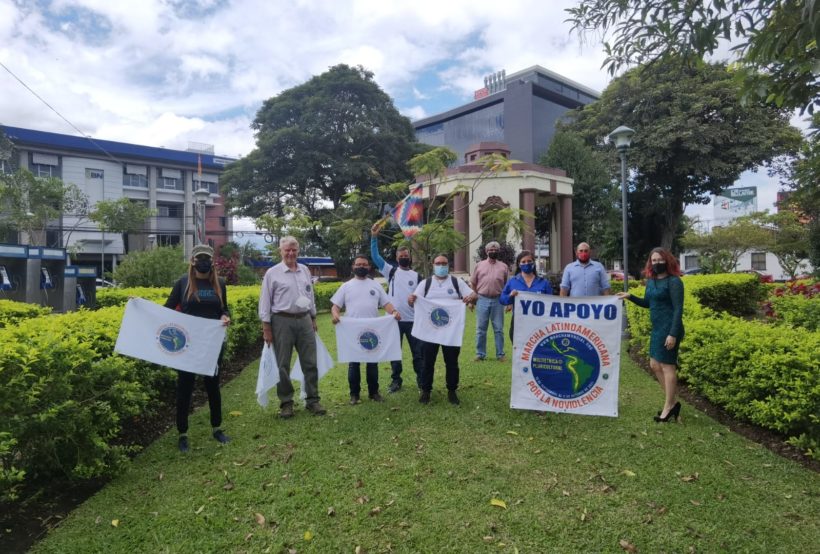 The penultimate stop of the March took place in Tres Rios de la Union in the Province of Cartago after having walked 16.5 km of the 22 km that would be walked on this last day. Here Lorena Delgado, member of the Community of Silo’s Message, joined the March.

A heavy and dangerous last stretch

The last and final stretch was the heaviest and most dangerous, walking on the side of a highway and on a steep slope that seemed not to end, they finally arrived in Ochomogo at the agreed point and at the established time, in time to make the ceremony of the request for Latin America. There were 5 marchers who arrived at the Cerro de Ochomogo, Rafael de la Rubia, Giovanny Blanco, Mercedes Hidalgo, Carlos Garbanzo and Lorena Delgado, the first three, remained as marchers during the three days of the march.

At the Monument to Christ the King, erected since 1823 as a symbol of peace at the end of the first Civil War and place of the pact to end the war of 1848, a group of humanists, neighbours and some officials of the Municipality of Montes de Oca were waiting for the marchers, The reception was very emotional and the ceremony of request was carried out by all those present who wanted to participate by making their request at the point of greatest concentration of energy of the place according to the design of sacred geometry that was used to build this beautiful monument and its adjoining square which has 5 rays in the form of concrete lines that intersect each other joined by a crescent in front of the statue.

Between requests, announcements and declamations, the closing ceremony took place.
One of the requests was to embrace more, so after the ceremony of well-being, a new pact was agreed in this place charged with positive energy, this time it was the pact of the embrace between the participants at the closing of this experiential March in person, which sealed and concluded this activity. 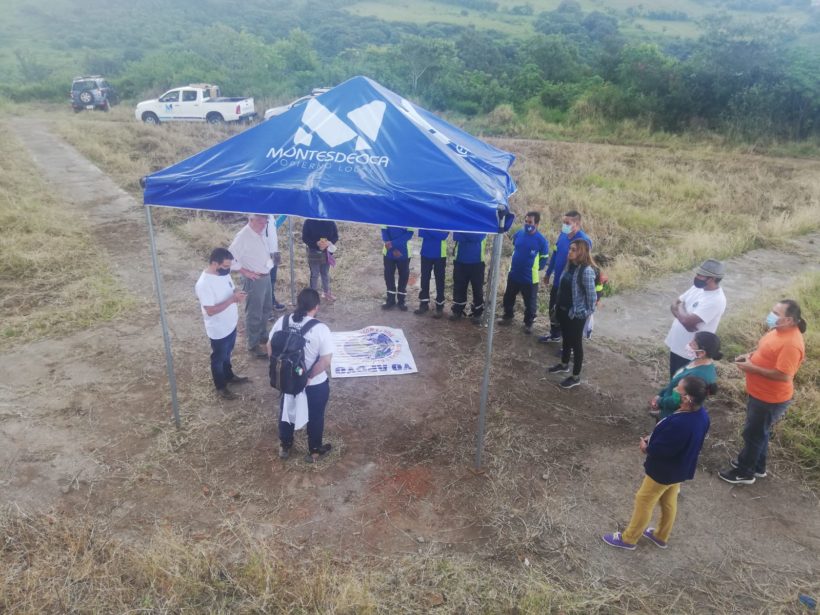