After all that has been written about the conflict and the withdrawal of NATO troops in Afghanistan, World without Wars and Violence Chile emphatically declares that a definitive end to the wars is the only way to stop the violence in Afghanistan and around the world. This statement is not intended as a geopolitical analysis of the conflict, but rather to emphasise a humanist view of armed conflicts in general, starting from this one in particular, with a different approach to what has been written so far.

It has been demonstrated once again that in this war, as in all wars, there are only losers, the civilians who are forced to flee armed violence and become refugees, leaving their lives and homes behind, when they are not killed and wounded in their own villages with almost no chance of recovery. We have seen this in Syria, Iraq, Libya, Yemen and now Afghanistan.

Afghanistan is left desolate, in ruins, with hundreds of thousands dead and wounded, and millions of migrants. The population is left starving and left to fend for itself by the COVID pandemic. A country that used to grow cotton is now a narco-state with extensive cultivation of opium poppies, the source of opium, and marijuana. Terrorism, which was intended to be fought as part of the war on terror, is on the rise as never before, gaining renewed strength, and in political terms the country remains as it was before the invasion, in the hands of the Taliban, accused of the 9/11 attacks in New York, although investigations have shown that most of them were Saudis.

The organisation, which advocates a world without war and violence, insists that wars are an illegitimate resource that should be declared illegal by the United Nations, as should any military intervention in foreign territories, which should only be authorised by a democratic Security Council, with multinational forces aimed at overcoming severe humanitarian crises, never for territorial or geopolitical conflicts, disputes that should be resolved by the International Court of Justice.

If nations persist in their attempts with pseudo-colonialist interests, and unilaterally or through alliances such as NATO invade other countries, sustains World without Wars Chile, the human reality on a planetary level will continue to deteriorate, generating millions of migrants, plunging a large part of humanity into poverty and provoking atrocious human rights problems in conflict zones. Humanity can no longer afford this kind of conflict on a planet that urgently demands a joint concern for the environment as a result of climate change and the rise in the earth’s temperature. And war is going in the opposite direction, polluting the environment in a scandalous way.

World without war and without violence Chile believes that modern wars constitute an unacceptable violation of all human rights, starting with the most important of all: the right to life and human security, but also an inexcusable violation of the rights of children and women. At this stage of human evolution, it is unacceptable that certain people, the enemy, should be regarded as second-class human beings who can be killed by bombs, bullets and missiles, destroying their homes and their people. This is attested to by the hundreds of thousands of people killed in Afghanistan, as in the whole of the Middle East with their villages destroyed by bombs. To think that the departure from Afghanistan will end the war and bring lasting peace to the region is a chimera because the invading forces generated atrocious hatreds, or can it be vainly presumed that those children who were ravaged by bombs, whose homes were destroyed and whose families were killed, will grow up without the fierce resentment that will lead them to take revenge on the invaders?

Perhaps it is somewhat understandable, continues World without Wars Chile, that as an act of blind revenge for the World Trade Center bombings, Afghanistan was invaded and its Taliban leader Osama Bin Laden hunted to death, but to have remained there for twenty years lacks any justification, and gives rise to the most diverse speculations. It is possible that the United States never wanted to win the war in Afghanistan, nor in Syria and Iraq, but that the real objectives have always been strictly economic, sinister interests that Edward Snowden himself explains as a kind of diversion of American taxpayers’ money, a kind of supposedly legal but scandalous money laundering. In any case, the only thing that is really certain and clear is that the real winners are always the arms producers, the military industrial complex that earned billions of dollars from the conflict, and that sold arms not only to the belligerents, but to everyone who felt they were living in an insecure and unstable world, in an explosive global arms race. It is very likely that this is also the real utility of all wars, and that is why they strive to prolong them unnecessarily.

The voluntary renunciation of war advocated by World without Wars Chile implies unrestricted respect for the human rights of all people, whatever their race, religion, political ideology, gender and sexual orientation. It implies respect for all humanity, regardless of who their adversaries are, respect that means not attacking, harming or killing them for any reason.

The renunciation of war requires the building of trust among all peoples, the conception of the other as an equal and not as an inferior who can be attacked with impunity, it requires a democratic and powerful system of international justice to which all must pledge obedience.

The end of wars will come, the organisation concludes, when countries renounce the idea of imperialist nationalism, and replace it with a multilateralism in which all recognise each other as equals, with the same rights and needs, and as a consequence work together to solve the great problems of humanity, and collaboratively undertake joint ventures in the sustainable exploitation of natural resources. In this way, the whole world will be able to satisfy its needs without armed conflicts that only generate hunger, poverty, waste of resources, ecological disaster, suffering and death. There is a whole world to gain from this new paradigm, not only in economic terms, but also in social and spiritual terms. 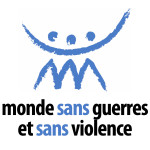