It is socially accepted the idea or belief (as you like) that youth is the future.

In principle it even seems to have a certain logic: it is common to think that, if everything goes in a biologically natural way, today’s youth will be maturity in a few years’ time, while those who are in that situation today will become the elders, the so-called “third age”.

Up to this point, everything seems coherent, however, this idea has more consequences than a simple biological denomination, as it could not be less when it comes to human beings.

The human and natural world

Among other things because the human (and natural) world is not the same; natural disasters, armed conflicts and economic wars tell us this: social differences are measured by gulfs between continents, between countries and between generations.

It is clear that the complexity brought about by the total connection of all points of the planet, physically and virtually, has meant that customs, beliefs, art, leisure, crises… in short, ways of seeing the meaning of life, are mixed and new approaches and readjustments have arisen that call into question absolutely everything that was believed until now, for all the people on the planet.

The pandemic has put the whole of humanity in a new situation, making it clear that whatever comes next is a question that concerns all human beings, wherever we are and whatever we believe. In reality it has always been like this, but now it has been certified.

The youth of today, wherever they are in the world, also want to be the present and to be part of the construction. They do not want to wait for the future they are promised, because they know that it is a lie and that everything will have changed again, without their participation… and by then they will no longer be young.

Young people do not shy away from work and effort (just look at the news), nor do they shirk their responsibility if they are left to their own devices, assuming their role of change and impetus.

This system of economics, beliefs, social and political organisation, uses the idea of the future to hold back the youth and put them off, sine die, preventing them from interfering in its intentions of control and exploitation: “when you grow up” they say…

This system handed out life scripts to young people, according to social class, sex, place in the world… so that they would follow them and make good handwriting, and none of these scripts are useful to them now because the world is not what it was! “you have to make a living and put imagination into it”.

In the words of Barbara Ehrenreich: “…when you believe in yourself it will change everything around you; you have the power to transform the negative into a positive!”… all these phrases are a caricature of the positivism that surrounds neoliberal capitalism” (“Smile or die, the trap of positive thinking”) A positivism that cannot hide the fact that suicide is already the leading cause of death among 15-29 year olds.

The use of youth

However, of course, there are times for this system when youth is present: when it is time to vote; when cheap (even free) labour is needed; when it seeks to renew the “client portfolio” and open up “market niches”. Youth sells. And in some places, young people are also sold.

When someone’s basic subsistence is guaranteed without any conditions and without fear that this could change, he or she is in a position to take responsibility for himself or herself and the rest of society. And that is exactly what young people are asking for: to be independent and responsible for their own lives now, in the present, and not in the future.

The Unconditional Basic Income would predispose everyone to face their situation in a very different way and in better conditions, and surely many clichés that are clumsily associated with young people would fall by the wayside.

The “culture of effort” is a trap because it does not guarantee that the effort will be rewarded even if the script is followed to the letter. In reality, it is a way of breaking down those who want to fulfil their aspirations, until they abandon them and take on those dictated by the system.

The Unconditional Basic Income puts all generations on the same level of consideration and at the same time; with it, youth is neither undervalued nor postponed.

We are in trouble…

We are in serious trouble and we will only get out of it if we recognise that.

At this time, any help is not enough, any intention to build a much more humanised world where people are the central value is necessary.

All generations live in the present, and share the same space and time, but not all generations are allowed to participate, decide or contribute under the same conditions.

We cannot postpone the incorporation of new forces and hopes, because then we are really gambling with the future of all of us.

We need the youth now, not in the future. They are asking for it… Don’t stop them!

Unconditional Basic Income means that young people can think about their future from the present, where they are already. 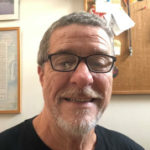