I first met Junyee when I was a student at the University of the Philippines in the early seventies. Together with some artist friends, we would later visit him when he began living in the campus of UP, Los Banos, which has become his home and a source of indigenous materials and inspiration for the site-specific installations for which he became widely known as the pioneer of installation art not just in the Philippines but in Southeast Asia. Those were halcyon days, walking and talking amidst the lush forestry and mountain trails at the base of Mount Makiling.

Through the years, Junyee, fondly called the Supremo by his friends and peers, has remained consistently dedicated to using indigenous materials as a means of expressing his vision and his thoughts as a Filipino, an environmental-friendly artist long, before environmentalism became a burning issue.

But over and above being environmental-friendly, Junyee asserts “Even now, I still consider myself not just an environmentalist but a social realist artist. I define a socialist artist as one who speaks on behalf of the people and not just for himself. It is political to work outside the confines of an art gallery and to use materials most people can relate to.”(Quotation Source: https://www.artandmarket.net/dialogues/2020/9/7/conversation-with-mindanao-artist-junyee)

At Present: In Celebration of Creativity: Homage to Junyee 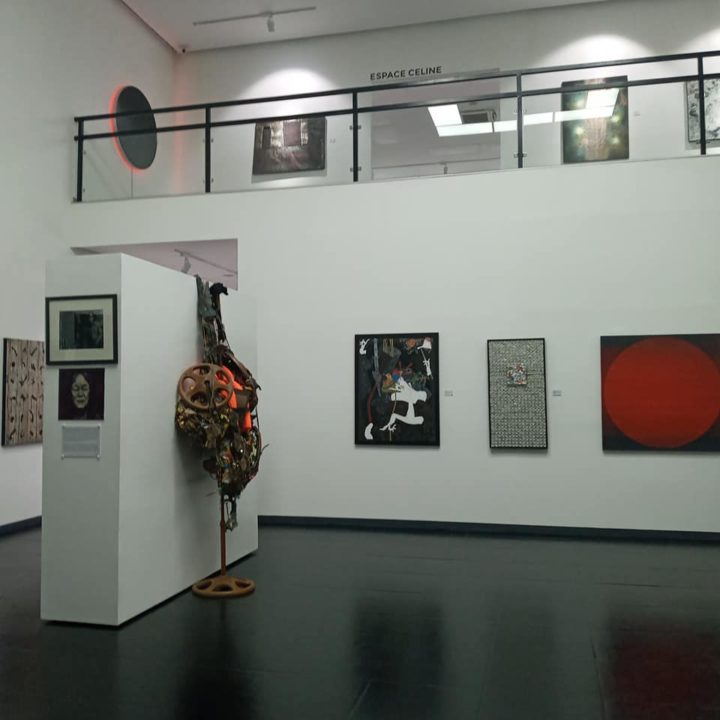 Fast forward to the present, around six decades later. In Celebration of Creativity: A Homage to Junyee opened at Altro Mondo Gallery last June 26th and runs until July 25th, 2021. Having pioneered the painstaking craft of installation art, and making lasting contributions to Philippine art, more than 80 artists, a veritable who’s who in the Philippine art scene, honor Junyee– the artist and his broad body of work.

To quote from The Creative Legacy of Junyee writeup by Riel Jaramillo Hilario, “…the artist chose to work mostly with open environments, in site-specific spaces, and in a natural relationship with nature. This keenness to work with organic elements, upcycled refuse of the plant world, or the opportunities presented by the environment set Junyee apart from the rest. The approach was radical at a time when environmental concerns and problems were not yet part of daily discourse… The consistency and conviction of his creative praxis is a lesson on artistic dignity and erudition. Junyee is the counterpoint to the group of pandering painters who fill up their clients’ homes and coffers with portraits, investable assets and whimsical fantasies of Western Art. In summary, he serves as the rallying point for Filipino artists who remain true to their roots and their visual language. Junyee is a true Filipino artist, worthy successor to Juan Luna. And with his example of subversion, integrity and love for his home, land and planet, we seek refuge and inspiration.”

To view the art on exhibit, click on this link: https://artspaces.kunstmatrix.com/en/exhibition/7213996/catalog

In the Decades Past

Thanks to my dear artist friends, notably Hermisanto, a relationship with Junyee stayed on through the years, in spite of the fact that we had all gone on with our separate lives. The opportunity to experience some of Junyee’s works has accompanied me throughout my adult life. 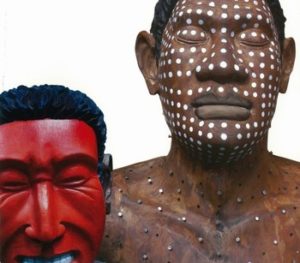 Junyee’s Siete Pintados one-man exhibit presented seven life-size wood sculptures of pre-colonial Filipino males covered with tattoos depicting indigenous and contemporary designs at the Galleria Duemila. Around five feet high, the figures were sculpted from discarded acacia and santol hardwood, in keeping with the artist’s intention to only use indigenous objects, without cutting any live trees.

The works and the tattoos portray the collision of cultures, as art critic Alice Guillermo puts it,” induced by uneven and transitional spheres of development within the context of Philippine society and culture.”

One evening after the day’s work, I was walking past the Artwalk of Megamall on my way home after the day’s work. Fortuitously, some of Junyee’s sculptural works was on exhibit in one of the galleries. Two Fools (1997) depicting two comical figures swooning and jumping is an award-winning masterpiece. 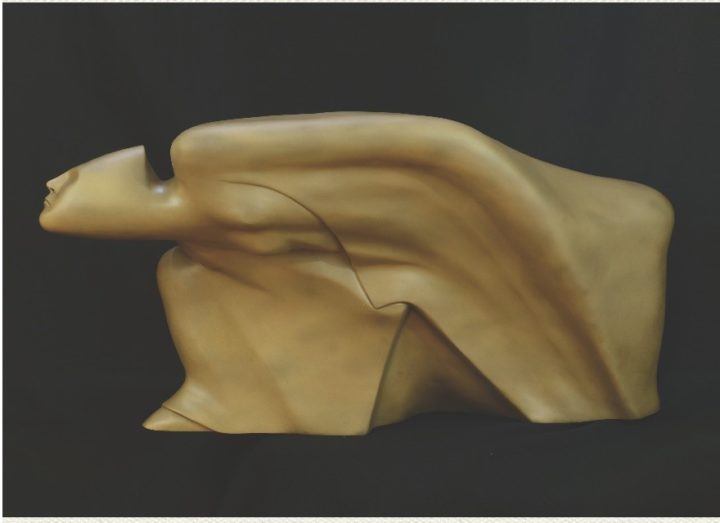 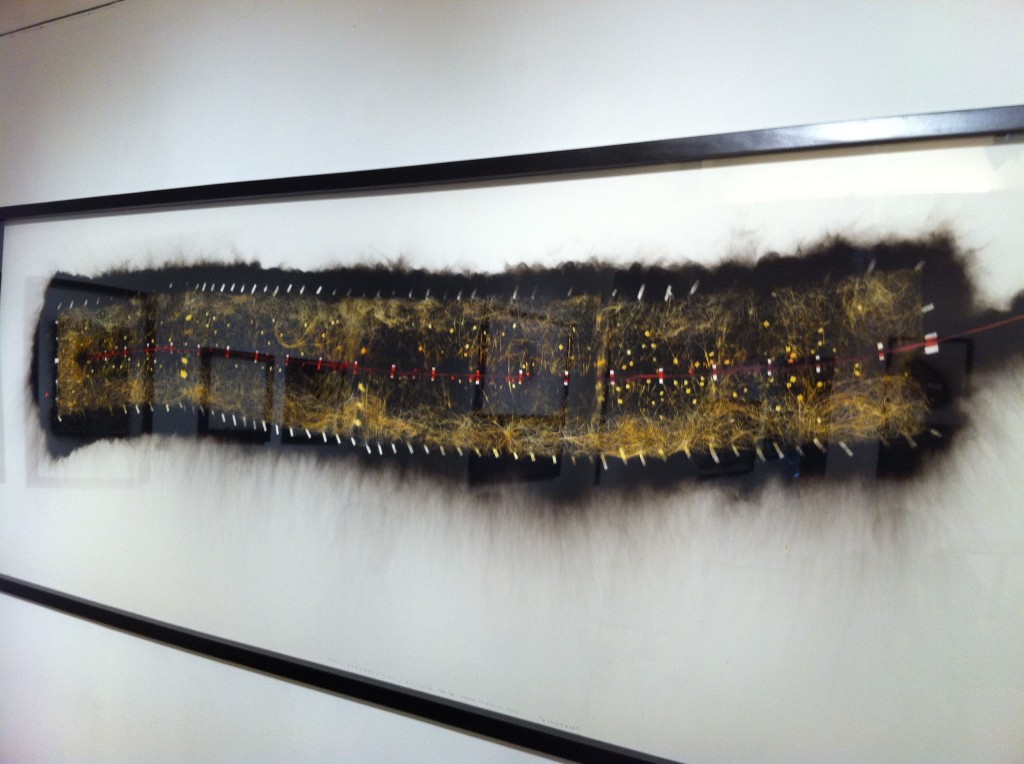 “Wormhole”, soot and paint on board, 36×96 in. (Source: rachelmayo.blogspot.com)

This time, Junyee plays with fire, painstakingly taking on the evanescent qualities of soot which he created from the smoke coming out from fire, having improvised a kerosene lamp from a bottle. Due to its difficult process, this collection of around 30 paintings took a year to complete after years of effort to control fire.

To quote art critic, Rachel Mayo, “Junyee, a student of existential philosophy has aligned his metaphysical concerns and interest in the “workings of the universe” which he likens to the “magical, mysterious nature of smoke”. Through these works the artist says, “I am exploring my mind and how I can relate myself to the universe.”

The title Dark Matter refers to matter that makes up the universe. In astronomy and cosmology, it is hypothesized that 84% of matter in the universe is dark matter and 23% mass-energy. With titles such as “Worm Hole” (the hypothetical topological feature of space-time), “New Star”, “Black Hole Squared”, “Falling Star”, etc. — the viewer gets a glimpse at the artist’s immense fascination with the mysteries of life and the cosmos and writes alongside his works, words like: “Reality and truth are two different things. Reality is what we can perceive. Truth is what’s out there that our mind cannot grasp”. Or “Dark Matter is the unseen force that holds the universe together. Not unlike Man’s mind holding everything together to define his existence”. 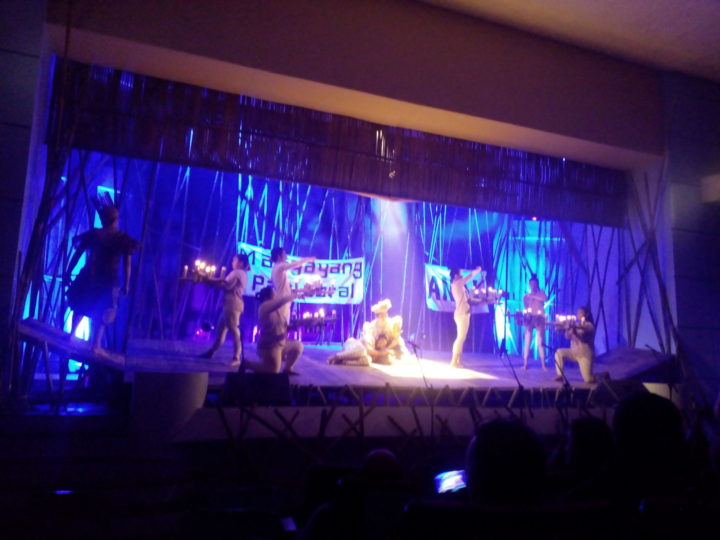 The last time I saw Junyee in person was when some old friends motored down to UP Los Banos to watch the musical play based on the life and times of Junyee. Balag means trellis made out of bamboo, alluding to the artist’s first open-air show in the 1970s. And angud refers to the tree trunk part where holes are drilled for hauling the log from mountains. A statement against illegal logging, Junyee’s piece Angud: A Forest Once represents evidence of how we abuse Mother Earth. 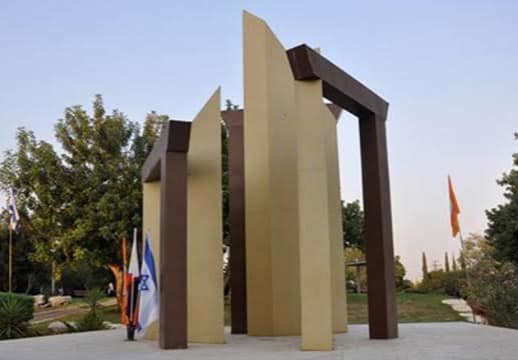 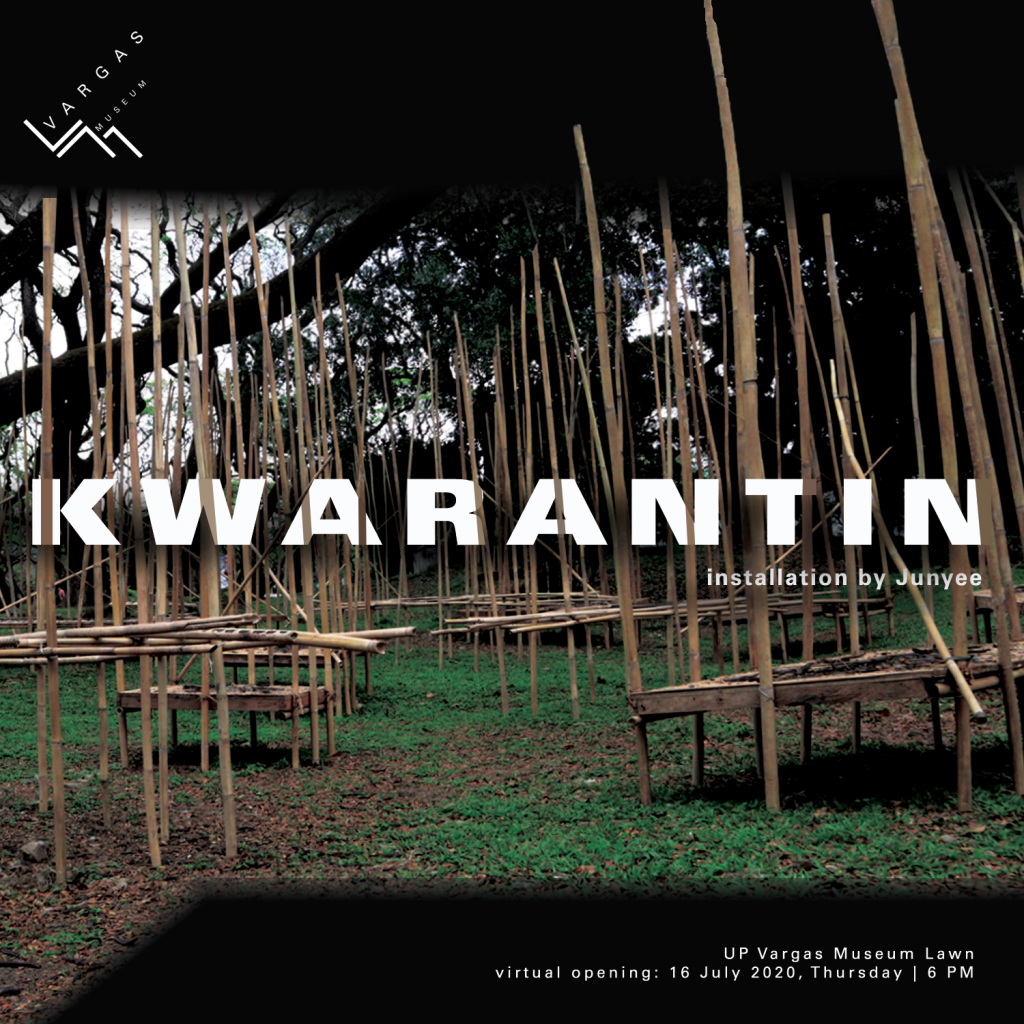 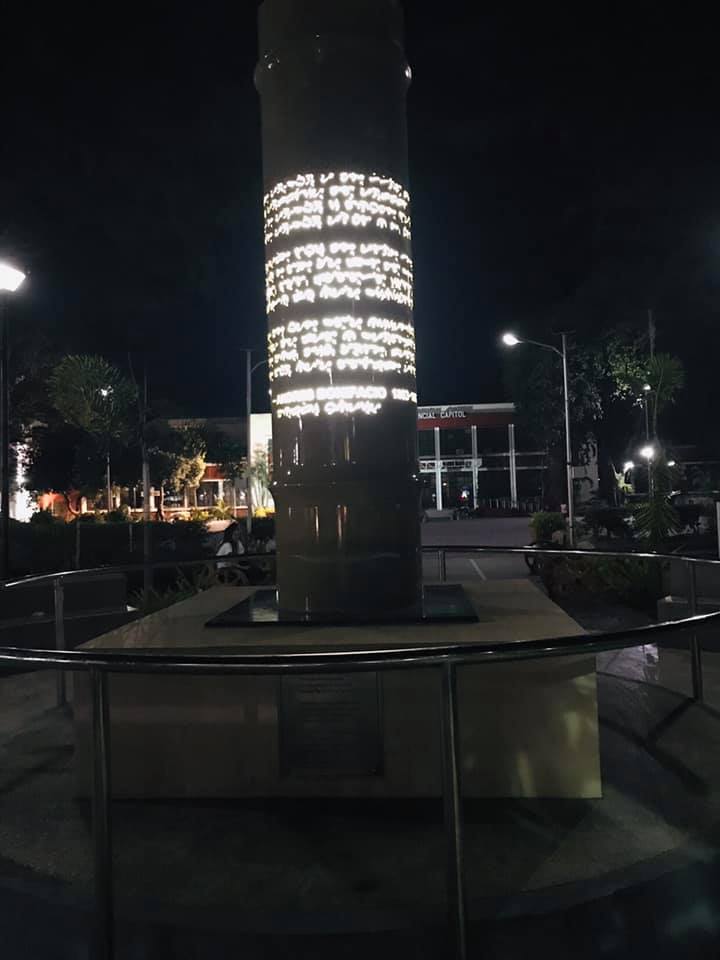 “Art is many different things to many different people. It seems to be a discovery of the possible in a universe of infinite possibilities. For millions of years, random patterns contained and recombined following natural laws to create the immense diversity we see around us. …The art of the possible is infinite; therefore I have no destination, only a journey. I am an explorer of my world and I hope my universe” – Junyee, 1980

Looking at the wide body of work, Junyee has, through the decades, served as an inspiration of what an authentic artist and more so, of what a human being can be. Coherent, consistent with his artistic vision, beliefs and principles all throughout, he never sold out to petty commercialism.

It is no small wonder why artists and friends have launched a campaign #junyee for national artist. If a national artist is one who has made significant contributions to the development of the arts and culture, pushing the boundaries of one’s culture and its arts towards new horizons, it is without a doubt that his recognition as a National Artist for the Visual Arts is a long time coming.

Putting aside the fact that I am a friend, I fail to understand why Junyee has not yet been awarded National Artist status. But, in the end, Junyee is in deed, in thought and at heart, a singular artist for the Filipino and the world at large.

Dear National Commission for the Culture and the Arts, what’s holding you back?