Thirteen months after the Covid-19 outbreak in the Philippines and as cases surged, a new kind of morning greeted a middle-class neighborhood in Teachers Village, Quezon City that April 14 which pleasantly surprised a mix of tricycle drivers, construction workers and other passersby and gave a glimmer of hope to thousand others near and far in the ensuing days. 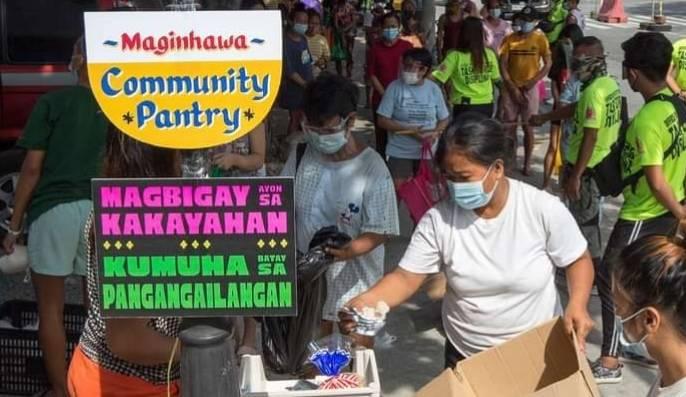 It is when 26-year old resident Ana Patricia Non set up a bamboo cart of vegetables, fruits, rice, eggs, canned and packed foods, and protective stuff on the sidewalk of Maginhawa, a street lined with restaurants a-buzz noons to late nights before the pandemic. More intriguing was the cardboard tucked to the lamppost beside the cart, bearing a scribbled message in native Pilipino which translates into, “Take according to your need, Give according to your ability.” Maginhawa Community Pantry the makeshift space was called named after that street of Maginhawa (name derived from an adjective which suggests having comfort and ease in life), an irony in this time of depressed economy. 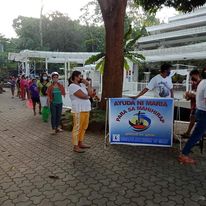 Almost anyone, presumed to be among indigent families, could line up to get daily supplies needed, observing the basic covid safety protocols (wear face mask and face shield, observe a 1-meter social distance, and sanitize with alcohol before approaching the food cart). For free, no form to fill up, no proof of economic status to show. To ensure continuing supplies, the lady fondly called Patreng, has planned to round up friends, relatives, and other Facebook contacts to donate stuff that families need yet struggle to buy due to loss of jobs and incomes. Eventually, she would count too on strangers from among those who witness or appreciate the benefit of such activity. 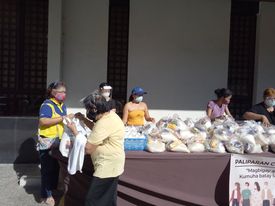 The community pantry idea went viral starting the day’s end and caught on like wildfire, with a count of some 300 stalls set up in Metro Manila in less than a week and over a thousand nationwide as it approaches a month. Some organizers are ordinary folks with good hearts and much free time during the lockdown, with a number having themselves lost jobs or businesses. Some have much bigger organizations than Patreng’s and have just spun off a community pantry from their existing charity projects like the Catholic Church which has been running Kindness stations and other activities under the aegis of its social arm, Caritas Philippines. The queues of “takers” have grown much longer to fill whole blocks in the peak morning hours with most happy to be spared from missing meals. Donors, individual and institutional, have also multiplied giving rise even to donation drop-off stations. All these to ensure sustainability during the pandemic. 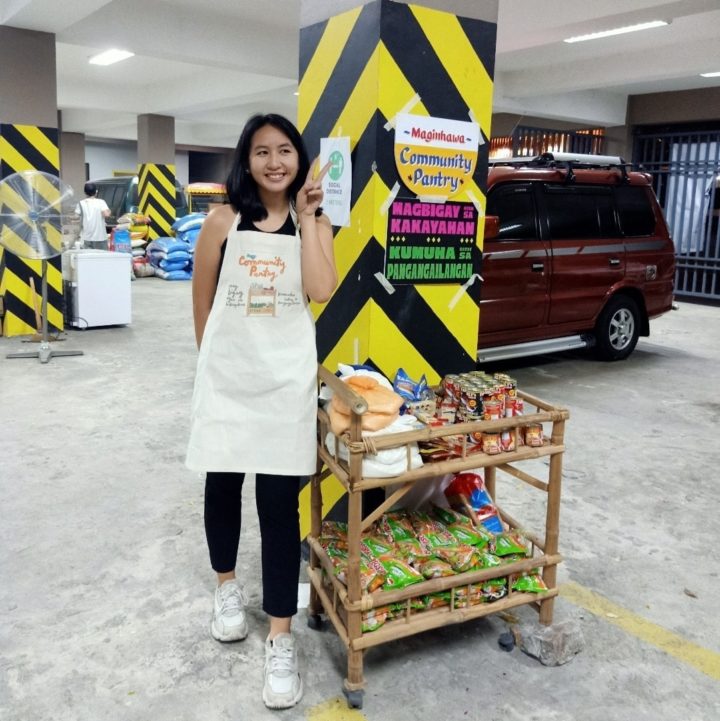 Ana Patricia Non, a visual communications graduate of the University of the Philippines, says the desire to help her community became intense when after temporarily closing down her small furniture refurbishing business, she worried not only about her income loss but felt more the stress and suffering of others who just survive on the little government aid and reliefs from other institutions. It helped more that community service is in her system – raised by a social worker-mother, guided by an older sister working in Washington DC who on free time volunteers to assist in some community projects like a community pantry, and on her own initiative has participated in social projects of her university as student council member. The instant celebrity status and respect the amiable Patreng has earned for that seed of charity in her heart should be an enviable reward for now with many expecting the name will not be forgotten by the public and groups watching her.

The people too saw the Filipino heart shining in this initiative. It clearly mirrors the Bayanihan spirit and practice of Filipinos known also to many foreigners who have experienced it themselves during a visit to the country. Bayanihan (buy-uh-nee-hun) refers to an aspect of Filipino culture, that of working together as a community to achieve a common goal. In the early days, when houses were made of lighter materials such as coconut leaves, Bayanihan also meant helping one’s neighbors move their house to another place. Till today, Bayanihan is invoked during times of disasters and calamities. Deep within, Filipinos have that hope they won’t stand alone in hard times, there will always be relatives, friends, neighbors even strangers with good hearts, who can extend a hand.

The community pantry is intended to be short-term, maybe co-terminus with the pandemic, or soon as the government program to assist affected, displaced, beaten-up families become adequate and efficient to tide them over to better times. ###