The Holy Week ending today in the whole Christendom speaks volumes on Filipinos. Until the surge in Covid-19 cases in the country necessitated strict restrictions on mass gatherings, it steeps most of the country in public piety and folk culture, sobers the usual sparks, and even changes hearts. From Palm Sunday to Easter Sunday (Semana Santa, to many), the week brings wearied souls from homes and offices to churches, stressed city dwellers to their quiet hometowns, and the present time back to two millennia in Jerusalem.  Different from the other big Christian season – Christmas – in its reverent and reflective mood, this one though is not any less in the tapestry of indigenous culture and color to celebrate the people’s faith.

A variety of religious activities is observed not only in churches but in town plazas, streets, neighborhoods, pilgrimage sites, and commercial venues.  Some have been passed on from pre-colonial tribes, Spanish colonizers who brought Christianity five centuries ago, and the Vatican seat of Catholicism which is practiced by 80% of the population (about 80 million).

Highlights of the week-long observance:

The palaspas, branches of the native palm tree, duplicating what Israelites used to welcome Jesus Christ to their city, are waved by Filipino faithful in churches to invoke the priest’s blessing, after which one places it in the home doorway or altar.

Mostly older womenfolks, manangs as these religious women are called, gather in a house all day even overnight to sing out the biblical story of Jesus in the native tongue. The tune and its cadences have remained the same for years and so have patrons who have made it a vow (panata).

A street event where some shirtless men are each scourged by a small wooden whip as they parade in the neighborhood under the scorching heat. Bare back bleeding, they are then tied or even nailed to a cross, their own Calvary atonement for their sins.

A homegrown theater on the passion of Christ – covering his trial, suffering, and death –  with night lights and booms to dramatize the scenes and spoken words. Held in a big open space like a plaza.

Includes a ceremony of feet-washing by the priest of a line of seated men in the front row simulating Christ’s humble gesture to his apostles.

Families and groups of friends visit seven churches after the Last Supper afternoon mass which spill over to the less crowded Good Friday.

A ceremony from 12nn -3pm in big Catholic churches, focused on the seven last words of the crucified Christ. Selected parishioners and personalities share a life story related to the assigned Word part while a priest’s message and song numbers interject.

A dawn ceremony where two processions converge in one spot in a public place. One set is supposed to be led by the risen Christ, the other by his sorrowful mother Mary. An angel and Veronica with bleeding Jesus’s face imprint on her cloth complete the joyful meeting. The Regina Coeli song adds to the solemnity. Easter masses follow throughout the day.

Surely, the centuries-old Holy Week tradition in the Philippines will endure as Christianity has as a whole for 500 years, a milestone to be celebrated for a year from its official launch this Easter Sunday heralded no less by a special mass officiated by Pope Francis mid-March.  A welcome irony is that the online observance this pandemic year (second “canceled” Holy Week during the 13 months, but in a worse infection situation) did not thaw the traditional public celebration. Instead, it affirmed faith all the more and sustained piety as Filipinos who have been locked down in their homes united with Christendom in the prayers, masses, reflections, documentaries held right on their tv, computer, and mobile phone screens most of the week. 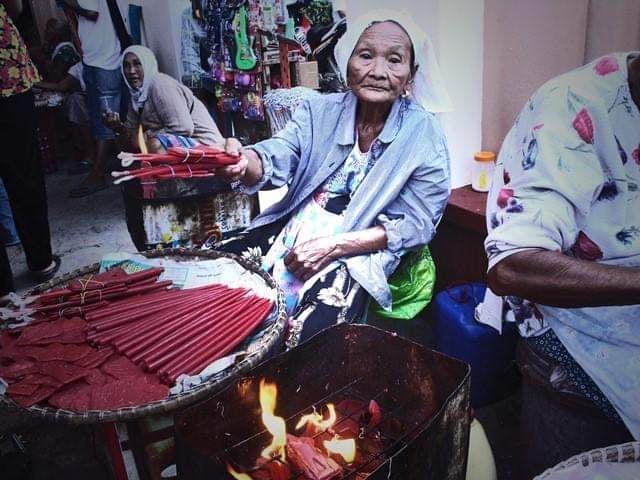 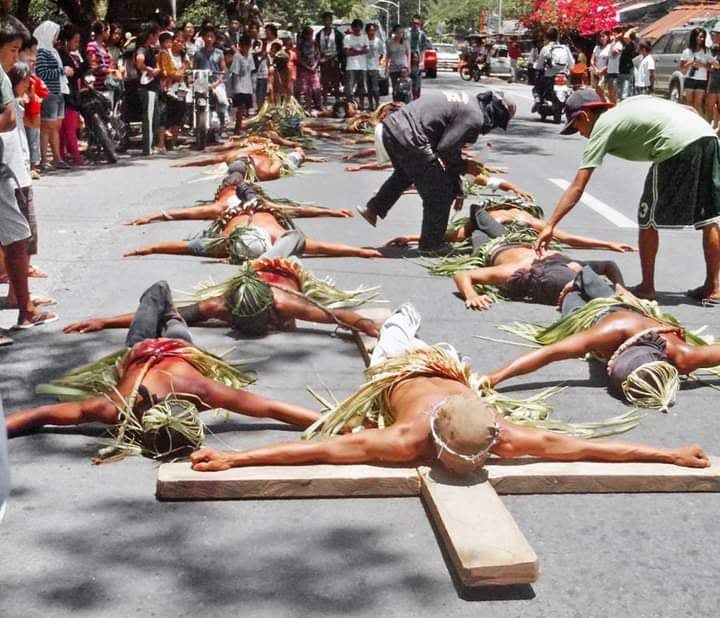 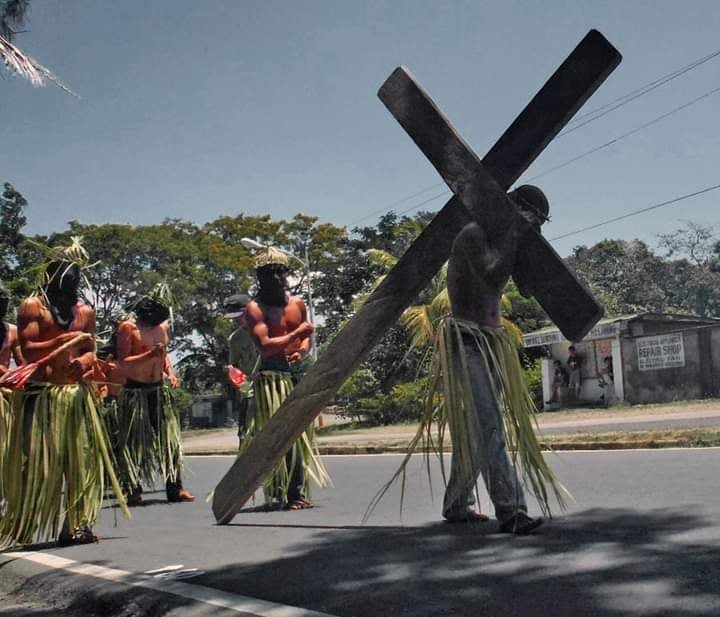 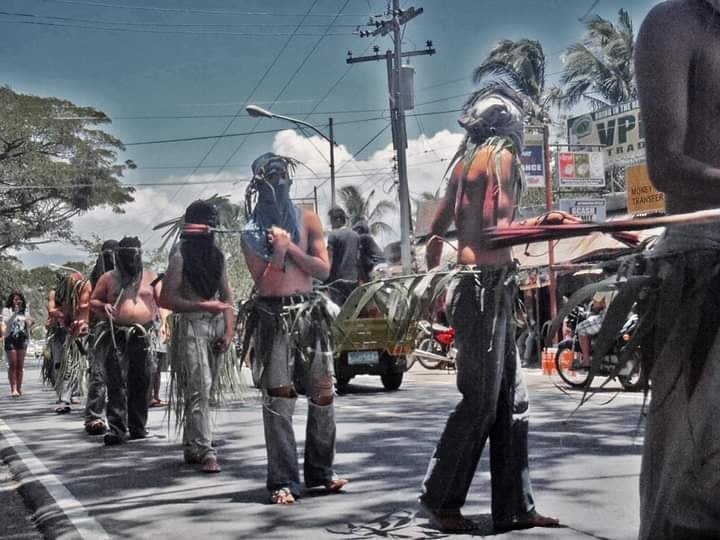 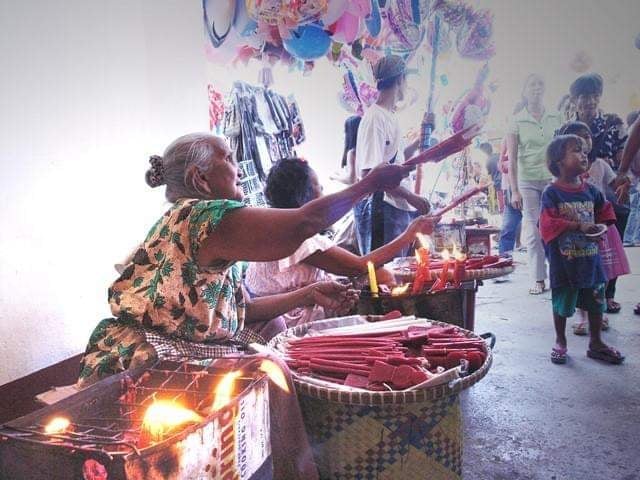 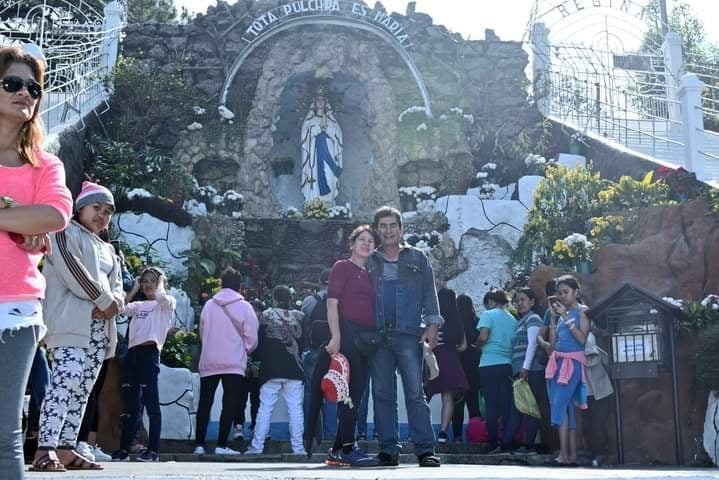 Erlie Lopez is a Filipina retired from the frenetic world of Public Relations and Advertising in Metro Manila. She was, in the last 18 years, head of a PR agency she co-founded. In her independent and sedate world now, she mostly reads, writes, stays socially connected, soaks in Nature, and develops new interests and skills adapting to the pandemic mode of life. She has also returned to a first love – poetry – which keeps her heart open to the grace and rhythm of the universe.