He entitled an exhibition “Songs for the dearly departed:” his elegiac installation for the long-deceased composer and proto-ethnomusicologist Percy Grainger. For it, he made an overlarge concrete vat with an exquisite concavity, and set in it a university garden; filled it with gently rotating water and petals.

Conceptual and Installation artist Adrian Jones made this exhibition decades ago, thinking the death of an artist might be marked with a lightness of touch.

And now, with Adrian’s death, I can do no less.

Friend, partner, and lover of many decades, Adrian passed away from metastasized pancreatic cancer in the home he built in Perth, Western Australia; in which, amidst myriad works-in-progress, he and I caressed ideas into books, sculptures, and museums. Often, with the Chopin he played for an audience of one.

The illness was quick. The pandemic and other even more serious complications disallowed me from flying to be with him for end-of-life rituals of love. The virus did not get him. It was I the virus caught, tangentially, with Australia completely sealed off from overseas travelers.

Adrian built himself a hermitage to protect him from the ego-manic nastiness of the art world. Instead, he spent his life nurturing a handful of friends: kayaking meditatively on the Swan River every Saturday with Imants Kins, who also came to Adrian for piano lessons; and planning for art projects in public places with the wondrously compassionate Anne Neil.

These two friends, together with Annie’s husband Steven Tepper and Imants’ wife Andra — all involved in public art and issues of urbanization — together and individually met Adrian’s passion for spatial history. Because Adrian sensed space, wolf-like — for fun, he would reckon time by shadows cast by the sun, anywhere in the world, walking cities with me to read their building materials in a life-long archaeology of the ordinary — this group of friends found him rather the font of obscure detail and atypical insight, as they considered ways to mark spaces with sculptural signifiers of roused memory.

Some time ago, he shifted from full time tendering for and creating commissioned installations and decided to work as one of Western Australia’s few coordinators of public art projects.

Adrian followed an enduring drive to combine discipline and kindness to be the administrative context of art-making — often to help obscure regional artists. Happy and fulfilled in that niche, Adrian laughed heartily and often, thinking himself quite the idiot savant. He knew he didn’t make sense to most. His insights came too fast for folk, like me, who would have to then build entire essays, books, museums.

From one of his pithy comments — about Perth’s urban lay-out as silent apartheid — I wrote more than 30,000 words towards a dissertation on this city’s majority-minority relations, as embedded in the built environment. But that was for the Ph.D. I discontinued, because the Philippines was demanding even just one more fighter for the smallest chance to subvert onerous asymmetry of power.

In any case, Adrian knew the Philippines from its (strangle)hold on me. In 30 years, he never questioned my irrational, probably addictive need to court danger in this country, suffering indignities, sharing the air with literal murderers and thieves just for the chance to once-in-a-while feel solidarity with marathon runners for the democratic project.

Instead of living under the cloudless blue sky of Western Australia — in a home only 10 minutes from the Indian Ocean — I stayed with him only stretches of time, to think and heal from the harshness of the Philippines. And be his companion in difficult explorations of aboriginality, art politics, friendships, cement. 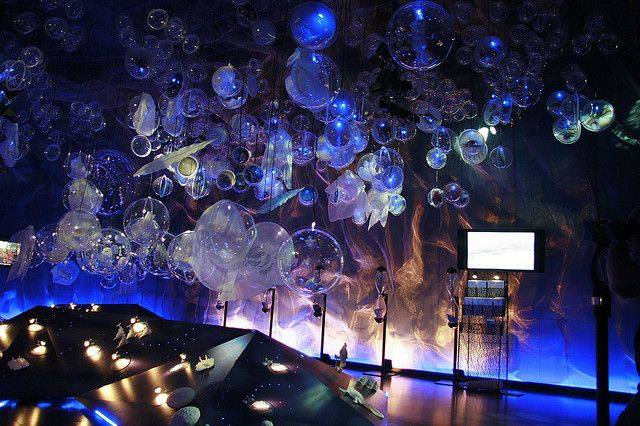 The Perth studio house, as he called it, effervesced the core concept that the Filipino architects and organizers developed for the Philippine Pavilion, Zaragoza World Expo. An ode to Filipino NGOs dedicated to water resources, it was awarded the Grand Prix for best-designed pavilion in the world at that time. 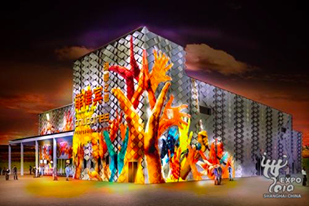 The skin of the Philippine Pavilion, Shanghai World Expo, developed by a Filipino-French graphic design team, emanated from Adrian’s thought to draw attention to hands: Filipinos as healers, artists, builders. 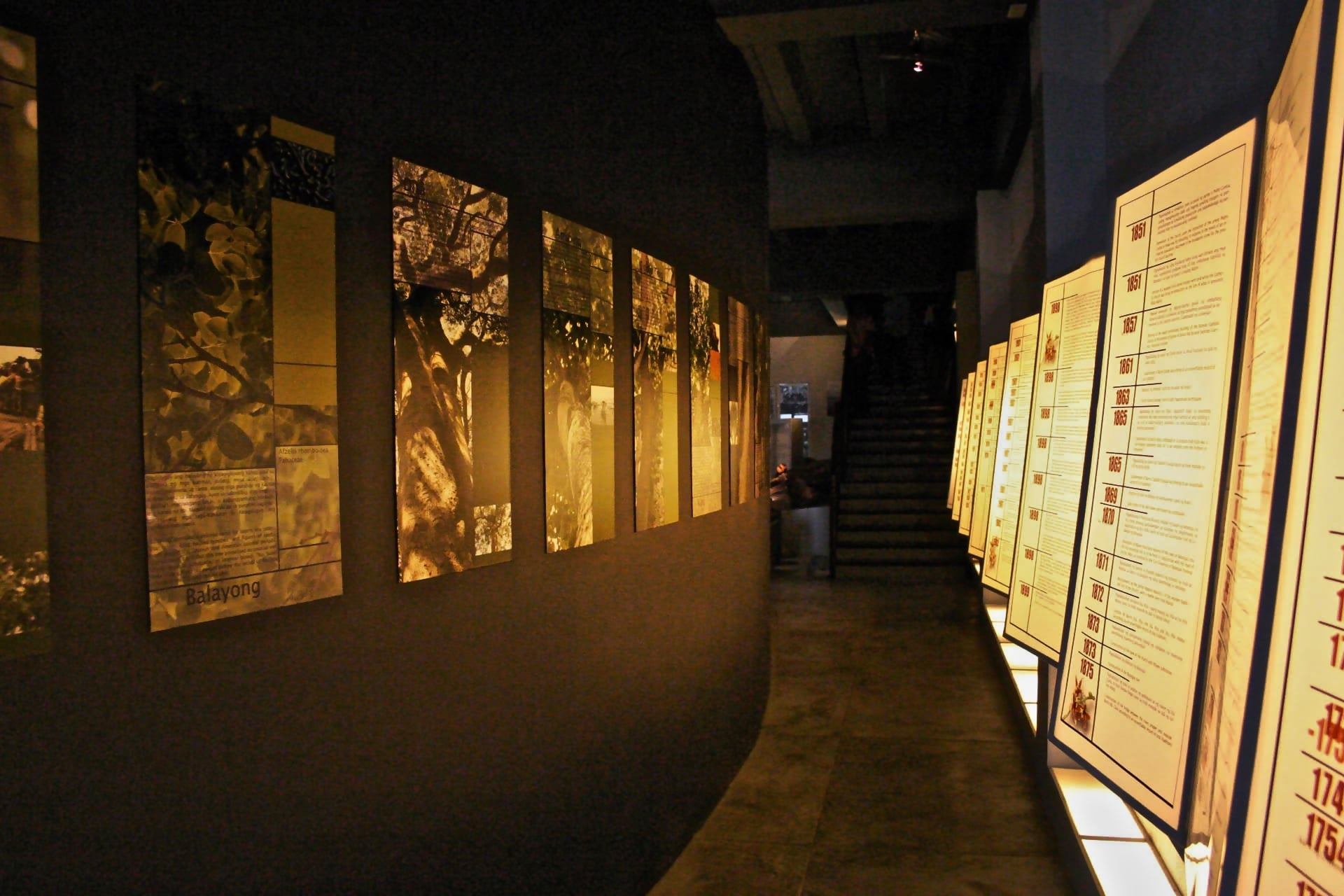 He made a modest space remarkable for Museo Puntong Batangan by contriving walls as parentheses and sharp diagonals; and found how to freshly relate the oppressive spatial history of Negros Occidental at the Negros Museum. 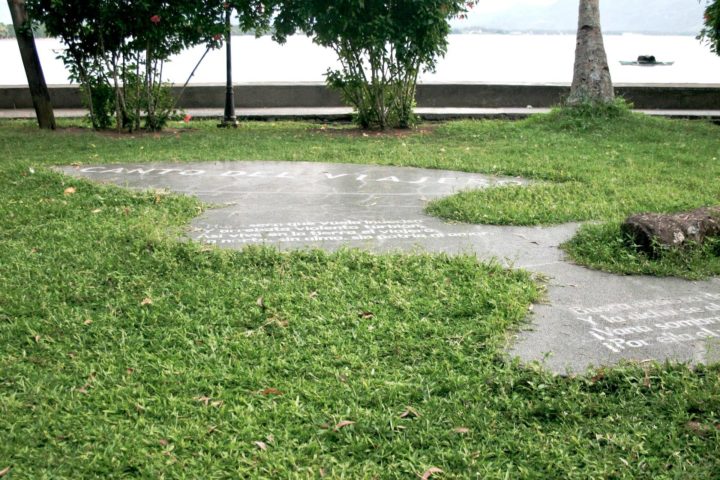 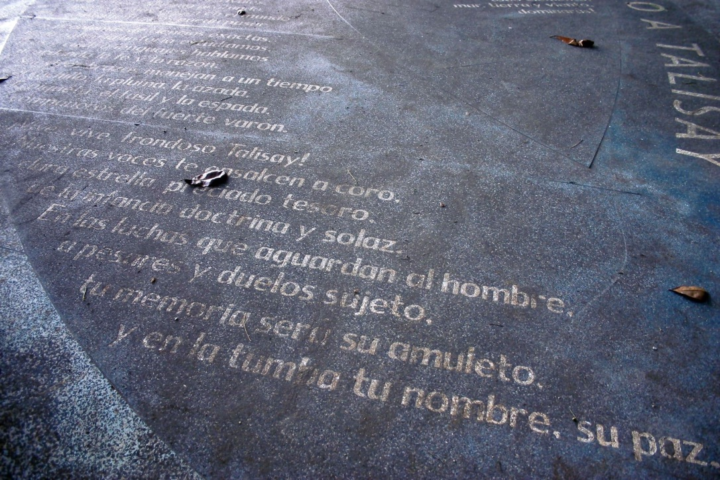 But it was at the Rizal Shrine, Talisay, Dapitan, where Adrian left the most tender of memorializations: the idea of a boardwalk so that visitors do not trample or scramble over what he thought to be the sacrosanct ground of the absent body of the executed Philippine National Hero, José Rizal; and the well-built terrazzo floors set wall-less and roofless in the gardens, with excerpts of the Rizal’s poetry in aggregates of stone and pigmented concrete.

Adrian is himself an absent body now, and can only be touched perhaps in dreams. But there remains much from our life together that might be imagined still for my unhappy country.

Living for many months in Barcelona, for instance, where we sought to physically understand the heroically artisanal in city-building and to figure out the socialist ethos of Ildefonso Cerdá’s L’ Eixample —socialism by the father of urban planning will remain my own utopian dream.

There will be no returning, for me, to the Slovenian architect Jože Plečnik’s redevelopment of a Prague section, which Adrian resolutely loved for absolute cleanness of line, executed in concrete. But I do carry with me a political ethos of clean lines.

Nor will it happen again that he and I, after walking quite tirelessly to sense animism in Kyoto streets, dropped into a small woods, where he slept amidst fern and trees, to wake up to the one eve in the year when a Shinto rite involved the rising, hugely full moon in its dramaturgy. Animism, though, continues to guide me.

It seems enough, for now, to be keen to what kindnesses might still be possible, in whatever future is left, from reliving Adrian’s kindness.

Deliberately inhabiting a Georges-Eugène Haussman-designed apartment to comprehend this urban planner’s hubris, Paris was Adrian’s to critique. But to also love, since Paris hosted the launch of the Museo ng Kaálamáng Katutubò — the Museum of Indigenous Knowledge which we thought, together, might give dignity to the traditional culture of the Philippines—at the Museé du quay Branly.

Humility is the lesson Adrian’s death obliges me to learn. I have to force myself to think that I am neither the first nor last human to feel strangled and unable to breathe from the sudden horror of facing a lover’s oblivion. At the moment, I am not succeeding.

To succeed, eventually, I will have to keep recalling that during a trip that brought us to a Western Australian sheep farm, Adrian bought me a woolen coat because it was his birthday. During birthdays, he declared quite seriously, the celebrant must give the gifts.

And so, when he brought me to the top of Mt. Wellington, Tasmania, when I turned 60, I had to gift him with a commitment to keep alive a capacity for awe.

Right now, though, this must be what autism is. An entire universe living inside Adrian and I, and now just in me, impacted, with no means of conveyance to anyone.

But I do have a song for my dearly departed Adrian. It may never be heard. Or may. It is to do with awe in the face of doom.

My friend the artist Lucy Davis invited me to write to a grain of wheat found in the belly of a crocodile shot and killed 133+ years ago in Singapore. Entombed in a museum, the crocodile died around the time that my great-great-grandfather built the old house in Batangas, the Philippines. Lucy’s selected artists and writers addressing a grain made up the artwork.

I wrote about Adrian, descendant of wheat farmers originally from Wales, and I, whose ancestor is the nono, the crocodile. My letter/story to the grain of wheat is of two people brought together by the desire to find gentle, cleanly articulated forms of emancipation from unhappy circumstances.

Per Lucy’s “Migrant Ecologies” project, my letter and the rest of the missives are now entombed, with the grain itself, in a deep cavity adjacent to the Svalbard Seed Bank Vault, Norway, in the Arctic. With humanity’s seed bank, letters and grain are expressions of a heartbreaking hope to survive what humans can conceive as an Apocalypse. https://seeding-stories.org  https://seeding-stories.org/Marian-Pastor-Roces

Given that outsized hope, I cannot seek condolences, prayers, nor a moment of silence for Adrian’s exit. My song resonates only if entwined in multiply shared longing. It is in this spirit that I allow myself a wish: for kindness to be recognized as a threshold to awe; and as a way to walk lightly upon the earth.

And awe, the place of lovers and now Adrian’s permanent address, is where he will remain, for me, life itself.

About the writer:
Marian Pastor Roces is an independent curator and critic. The objects of her enduring critical inquiry include cities, textiles, global art institutions, identity politics, and contemporary art. Her most recent book “Gathering: Political Writing on Art and Culture” (2019) is an anthology of her writing since the 1970s. She is the founder and president of TAO INC, the sole museum development corporation in the Philippines.