Here we go! La la la… we are at the historical moment of our time on the planet.

It is an interesting time, soon…  January 22nd, 2021 heralds a new day as a turning point for world peace that will be happening as the treaty that bans nuclear weapons comes into force.  Personally, I am just a few days away to see history being made, thanks to the hard and arduous campaigns made in persuading countries and high officials to sign and ratify the Treaty on the Prohibition of Nuclear Weapons (TPNW). At the same time, it is an exciting time as I am probably a few hours away from a nuclear bomb-making facility from where I live in Seoul, South Korea.

As an African born person who lived far from a highly advanced lifestyle and technology, the vibrations in the Korean peninsula are very different and so scary in that there are mass destruction weapons around. Both North and South Korean governments have not yet signed the nuclear ban treaty. To make it clear, I live in a relatively very small peninsula in the Far Eastern part of the world.  But, the Korean peninsula is very tense in terms of army confrontation since World war II and the cold war era. The military presence of the most powerful countries is so visible and the world is dealing with the most isolated and nuclear weapon-ambitious regime, North Korea.

On the other hand, living in the same peninsula is quite interesting. It is home to dynamic societies that share many common moral, social, cultural, and economic values and has the technologies that could reach millions of people instantly in order to call for peace and unity.

Last year, despite the COVID-19 pandemic which served as a threat to normal social order, I was part of the 2nd World March for Peace and Non-violence. We met the international base team members from South America and Europe who reached Seoul in January 2020. A public forum on the dangers of a nuclear war was held in collaboration with the Korean Organization Committee for UN International Day of Peace (KOCUN-IDP). A webinar on Peace & Reunification and a group tour to the Korean Demilitarized Zone (DMZ) was conducted with People for Successful Corean Reunification (PSCORE). 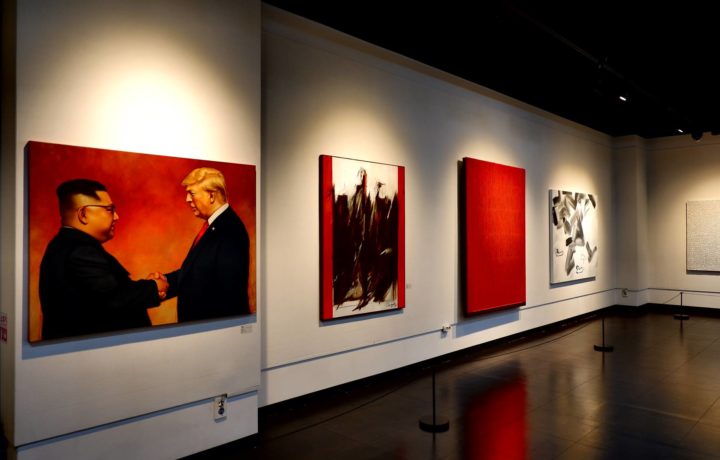 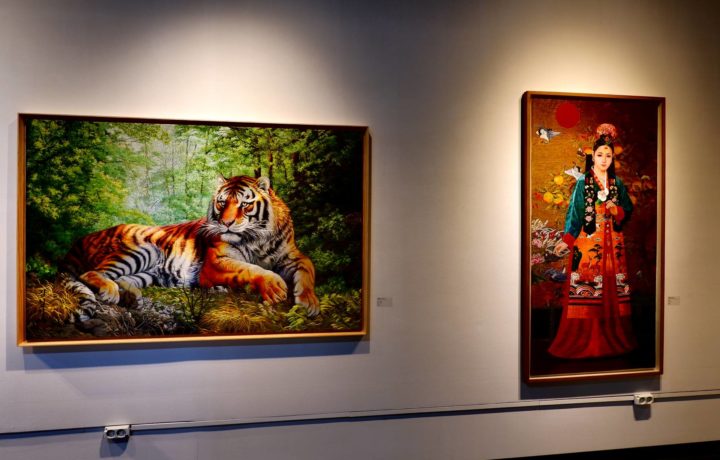 As always, art diplomacy has been part of the long-lasting peace efforts among the two-nation artists in the Korean peninsula. The recent one was entitled “Peace, the wind blows” a special art exhibition held in collaboration with artists from the North and South. It was hosted by the Odusan Unification Tower, at the mountain top where you can see the North Korean rural areas across the intersection of the Han and Imjin rivers. The organization that hosted the special exhibition hopes that “culture & art break the boundary, open the mind and deepen understanding of each other. This power will be a driving force of coexistence, overcoming and healing the pain of division, and recovering the homogeneity of South and North Korea. Moreover, it can and will be a bridge to connect South and North Korea who have lived differently for more than 70 years after the liberation… hoping that this exhibition is the beginning of a substantive exchange and communication between the artists in Seoul and Pyongyang as a regular exhibition.”

So, we are in the middle of so much excitement that very soon the world shall see fruitful efforts made with a big change at the United Nations. As an artist and social activist myself, I would like to see the world free of nuclear dangers and an end to the incessant arms race between the countries.  Let me finish the article by inserting a beautiful expression by the Academy for Cultural Diplomacy website on the power of art:

“Since everyone can partake in creating and enjoying art, it is a powerful tool that can be used to raise awareness and understanding of issues, promote dialogue, and establish bonds between individuals of diverse cultural and professional backgrounds. The shared experience of creating and experiencing art is one that can establish sincere human relationships; relationships that cannot be broken by the words or actions of others.” http://www.culturaldiplomacy.org/academy/index.php?en_acd_about

For more about the International Campaign to Abolish Nuclear Weapons (ICAN):