Mutual learning from ongoing conflicts is a challenge for women to participate equally in conflict resolution and the defense of rights.

Women in the region are fully aware of the continuity of “political confrontations”, the latest was experienced between Armenia and Azerbaijan and the non-recognized territory of Nagorno-Karabakh. They see the multiple human suffering of civil society, women and children exposed to violence and military destruction, forced to abandon their homes for an uncertain future in displacement, difficult humanitarian survival, and numerous losses of their beloved ones, hopes and freedoms.

Women have been committed to peace in the whole region for many years now as early warning activists in awareness campaigns against fake news and political hazarders spreading hate, mistrust, discrimination, using populist and nationalistic views. In the face of almost insurmountable logistical and emotional obstacles, they organize international and cross-border cooperation for (humanitarian) aid against the spread of poverty. They also mobilize against corruption and attacks by authoritarian power politics. They are united by the desire to overcome nationalist tensions and ethnic divisions, or at least to learn to live with them and to build democratic structures with meaningful participation of women and youth.

There are numerous examples: environmental projects taking climate change seriously and learning about transnational challenges. Women from our partner organization “Democracy today Armenia” look back on 25 years of activism for peace and human rights. They trained young activists and youth groups in Armenia, Nagorno-Karabakh and the whole Caucasus region (including Georgia, Chechnya, Ossetia and others) to bridge gaps, to learn about “the other”, to live without or less fear and to get involved in civic and cultural activities, from nature protection to developing peace narratives.

Armenian women contributed largely to the success of the velvet revolution leading to the end of an autocratic and corrupt government and to democratic reforms, acting successfully also in coping with the Covid-19 pandemic.

Since the war broke out, the narrative and the societal debate has changed – as it always does in war times. The militarisation of the public discourse, fear, old and new traumata turned into nationalistic rhetoric, allowed open violence in the streets, multiplying the effects of fear and aggression in a vicious circle whose dynamic is difficult to stop.

Women moved from secondary roles collecting and sewing clothes, baking, distributing clothes, working as medical personnel and aid workers to the ones who went to protect their families and independence. Many women explained that they went with their sons and husbands, brothers, not to follow a military call but to protect their democratic achievements, their rights and existence as a nation.

It happened that women advocating for peace and non-violence were partly considered traitors – a well-known phenomenon in crisis times. The democratic regimes trembled and many international partners, states, multilateral institutions remained widely absent from conflict intervention, and even did not protest much against the involvement of mercenaries and cluster bombs. There was no explicit negotiation with the MINBSK group nor a personal intervention of UNSG Guterres due to the violation of the ceasefire. After some days under the cease-fire negotiated by Russia, slowly the situation is calming down, but the situation is fragile. Refugees urgently need assistance, war crimes will be documented, destruction of houses, cultural monuments and infrastructure registered. Slowly international dialogue and cooperation about short and long-term solutions begin. All this makes daily life very difficult.

Women peace activists across the whole Caucasus and on all sides of the conflict lines in the region have been involved for a long time in peace processes – not just formal ones. As always, at least in frozen conflicts, they have been severely neglected by international stakeholders. But it is they who brought and still bring local experiences together with international experts in peacebuilding and human rights activism and who invest in the training of young peace activists. My personal experiences of the last three years with the yearly women’s Peace Conferences linked to an award to young women organized by Democracy today Armenia are a wonderful example of inspiration, coming out of bringing local to global expertise and back, exchanging knowledge, emotions and sensitivity. It gives strength and voice to feed new perspectives into international and multilateral institutions such as OSCE, ODIHR, CSP, to connect with the Council of Europe, EU, and UN. Through the respective networks involved (such as CSP (1) WG, WILPF (2) and many others), this inspiration has a direct influence on national peacebuilding agendas.

Peace processes must involve the voices of those whose daily life is affected by conflict and war crimes, to make the real needs visible and perpetrators accountable. Civil society and, for example, the working group of the CSP [3] are active here because it is about a multi-dimensional approach, (linking security to human rights and the economy) in the implementation of UNSCR1325 and sustainable development as defined in the 2030 goals.

It is now a great challenge, for women in solidarity with the women from the entire region and through conflict regions, to maintain and rebuild contact networks so that long-term conditions are created to avoid a return to frozen conflicts with the constant risk of a new outbreak. A first step is to discuss with women in war, to speak more deeply about their motives, experiences and feelings in order to understand, evaluate and help out of a war-torn dilemma. Respect for different narratives is a basic requirement. And that requires international support.

Committed civil society groups must not allow themselves to be divided by national and/or international interests – especially not under military pressure. In neighboring countries, in Georgia, Azerbaijan, Turkey, Russia, but also in the EU, women support an intergenerational dialogue and confidence- and trust-building measures and dialogues. They stand together for peacebuilding mechanisms, disarmament and de-militarisation.

Our conviction and duty as a CSP Working group is that we respect the diversity of different narratives and local/regional experiences in the spirit of “from local to global and back”.

Women are a serious resource for future peacebuilding and care in a long-term perspective that can no longer be neglected. 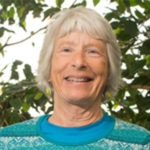