by Bereket Alemayehu and Nicole Lobos

This part of Korea is home to 2.5+ million foreigners who reside all over the country. We are part of the working forces in different fields such as industries and manufacturing, trading and business, education and studies, diplomacy. Recently, a few of us are working hard with our start-up ideas and ventures with Koreans. 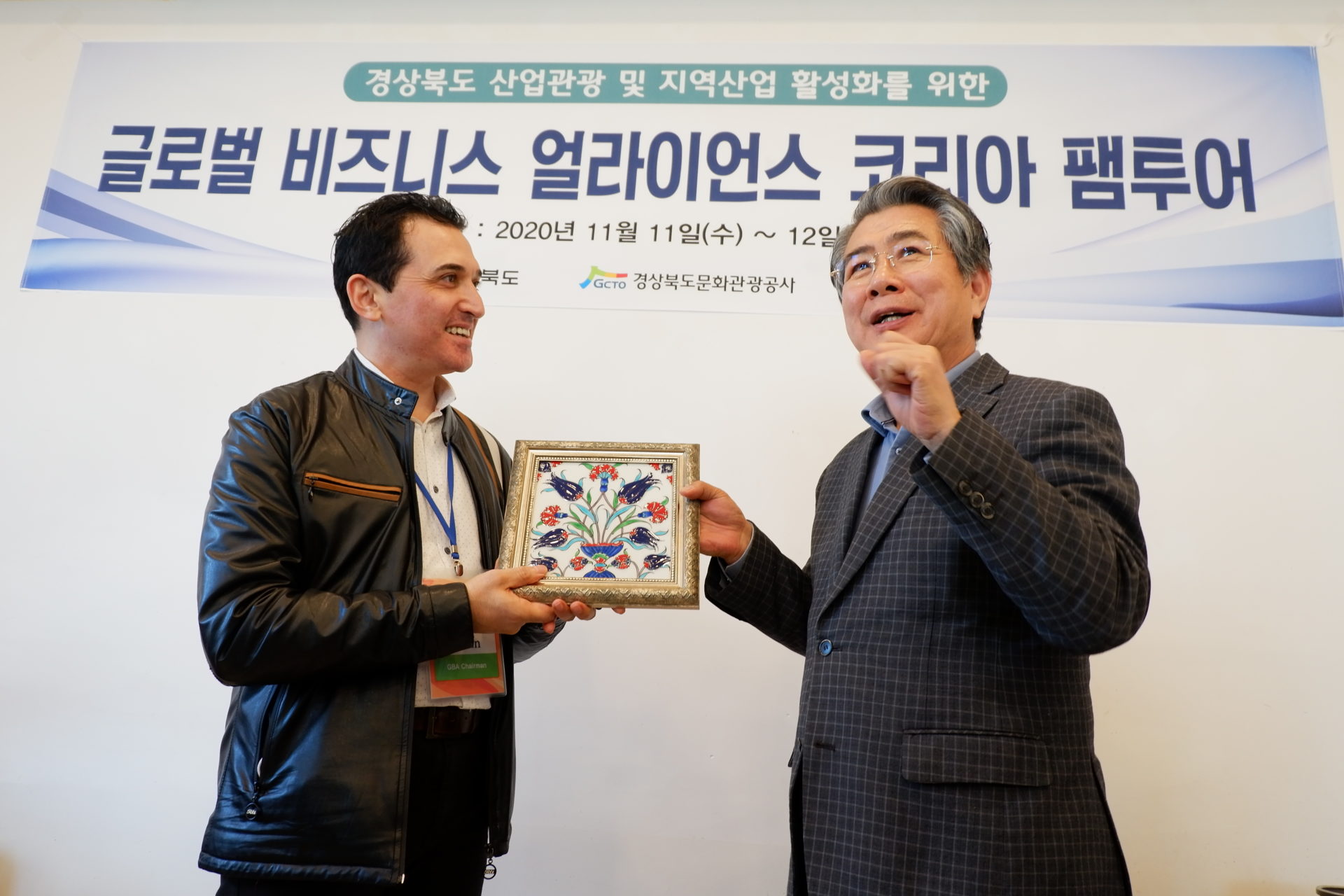 Since November of last year, a non-profit organization platform known as Global Business Alliance (GBA) was founded by Mr. Oh Sinan OZTURK, a Turkish-Korean businessman who has been living for 24 years in Korea. It aims to foster a multicultural society utilizing their talents and skills to benefit Korea, and building acceptance of foreigners as a part of Korean diversity. Within a short time, GBA has been recognized widely among Koreans and foreign communities, attracting people from 60+ countries.

Celebrating the first GBA Korea Cultural Day last Nov 11~12, 2020, GBA foreign members (CEOs, diplomats, and startups) from 18 countries were invited to visit a ‘Farm Tour for Local Industry Growth through the Gyeongbuk-type Industrial Tourism Promotion’. Hosted by the Gyeongsangbuk-do province Culture & Tourism Organization, we visited the Yeongju and Andong areas. Nicole Lobos from Chile and myself from Ethiopia were part of the cultural day trip. Recently we are witnessing that Korea is shifting from calling foreigners aliens to being part of a multicultural community.

The GBA Cultural Day was an unforgettable and enriching experience. Being the first event of this kind, it surpassed by far the expectations and was a complete success. It was a two-day, one-night tour exploring, discovering, experiencing, enjoying and learning about two cities of South Korea enormously rich in the traditions and customs of the cultural foundations of Korea as we know it now. Yoengju city is surrounded by stunning natural attractions and is the most representative depiction of the old classical spirit and the scholarly enthusiasm and integrity of ancient Korea. On the other hand, Andong city is a city perpetuating the culture, traditions, architecture, lifestyle and folklore of ancient Korea. In other words, the core of folk traditions.

The GBA Cultural Day served as a bridge with other nations but most importantly it also served as a bridge between Korean culture and Korea itself. When people say you need to know the past of someone to truly know them, it is the same with nations. It’s necessary to learn about its past to fully understand the present country. Yeongju and Andong are cities that can transport you to Korea’s past, cities preserving their heritage.

The beauty of a nation lays in the foundations of its culture and its history. Luckily, this adventure took us on an amazing trip through the beauty hidden beneath, an opportunity to explore and discover Korea’s oldest roots and to have a feeling of closeness with its culture.

Here are some highlights of our experience. 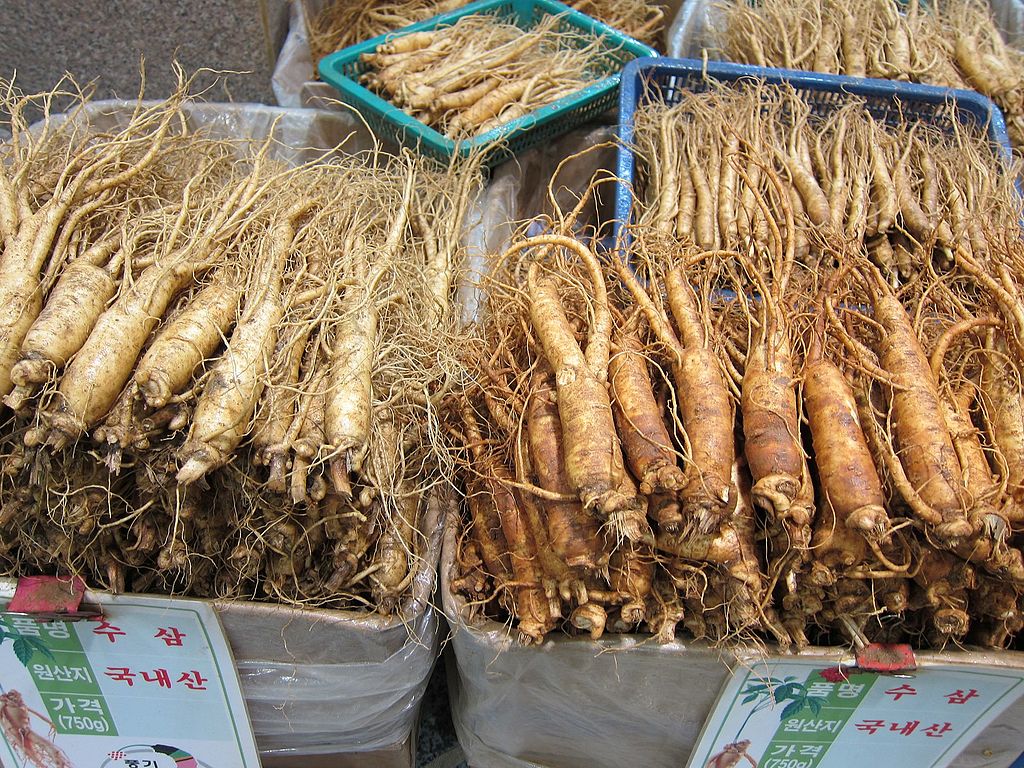 The tour took us on a historical, enlightening, and informative journey of ginseng from its roots in the peninsula toward the contemporary production and commercialization. Ginseng, known as one of the most representative nutrients of traditional medicine, has its origin in Korea in the city of Yeongju as the first cultivation place. Therefore, our first stop in this journey was the Punggi Ginseng Museum, a place that preserves the history and pride of one of Yeongju’s cultivated products. The tour allowed visitors to understand the relevance of ginseng not only as a product but as a symbol of the richness of the fields as much as in history as in resources. The visit was, in fact, a delight not only for the knowledge but for our tongues as well. The last stop of Ginseng Journey took us to, what we might call ginseng paradise, Punggi Ginseng Market where we learned about the market at a national level. Corridors filled with disheveled roots everywhere, the warm smiles of the merchants, and the unforgettable essence of ginseng. 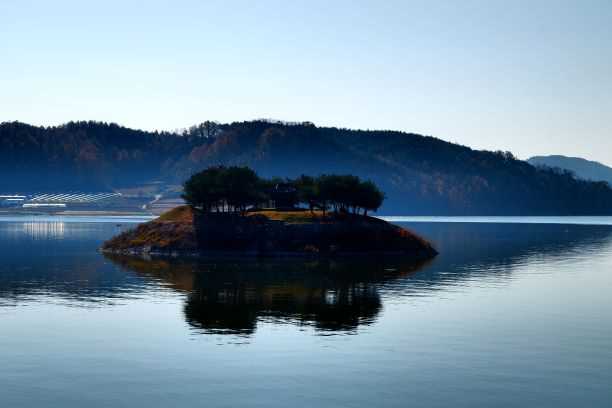 Dosan Seowon was the most spectacular place, with amazing autumn amazing colors, and the ruins of a traditional building containing knowledge of ancient philosophy. This building in the middle of vegetation and facing the calm waters of a lake represent a private institution established during the Joseon Dynasty which cultivated the basis of Confucianism, eventually becoming the center of the doctrine. Established in 1574 and declared a holy place by the Korean government, Dosan Seowon embodies the education and dedication of Toegye Yi Hwang, an eminent Confucian scholar, toward his students and the commemoration and respect of the students to preserve his legacy. 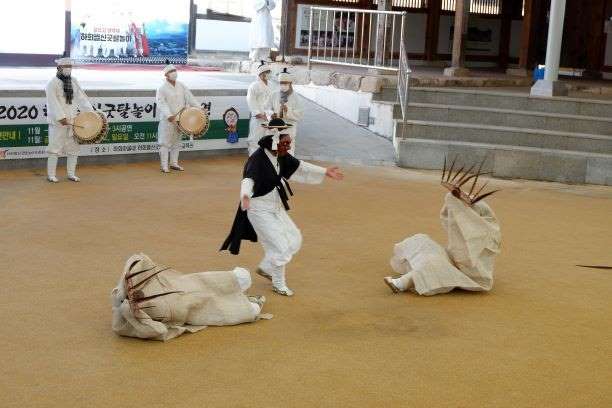 Andong is well known for the preservation of folk traditions, specifically the folklore of wooden expressive masks and its exquisite performance alluding to remarkable and historical characters of the old Korea. The masks, so beautifully carved and painted with a variety of expressions holding an expressionist and at times creepy but completely appealing craft, are one of the symbolic representations of the Korean culture.

A Journey to the Past 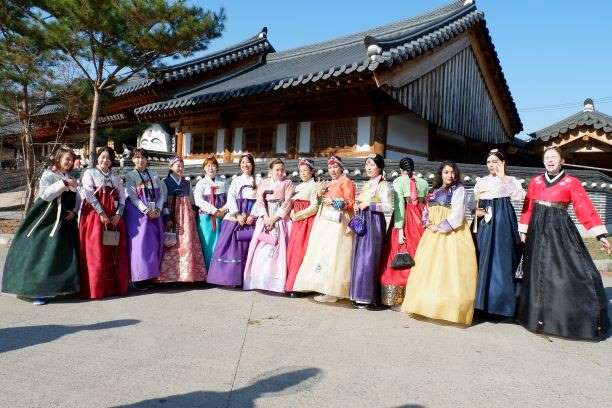 In order to have a full experience of the culture and the traditions, the visit allowed us to try on traditional Korean clothes, called Hanbok. 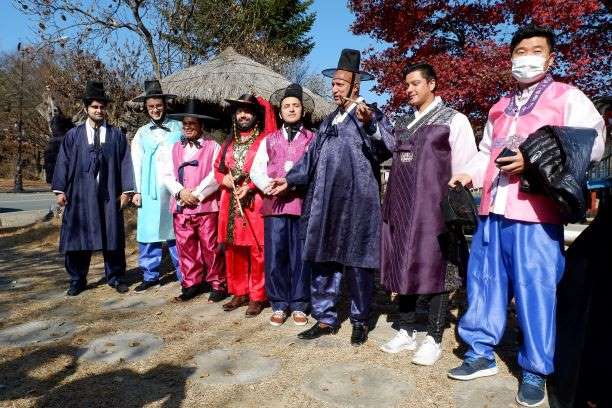 Everyone brightened up for the experience of trying such beautiful clothes and having the feeling of connecting closer to the customs of the country that received us with open arms. 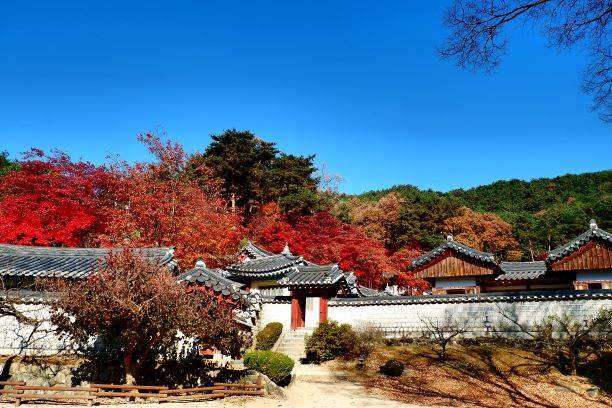 The cherry on the cake was walking through the paths of a historical well-preserved village. One of the UNESCO World Heritage places, Hahoe Village is a touristic landmark surrounded by the waters of Nakdonggang river, filled with traditional houses and owning a sight of true traditions and history frozen in time. A group of foreigners wandering the surroundings of the village in Hanboks was an experience that neither the locals nor us could ever forget. As if we rode a time machine and traveled to the past, we found ourselves amused with the adventure of being part of history. Exploring every corner of the village eventually led us to find out about an antique tree covered in wishes, the spiritual spot of the place. This stop in the schedule represented a complete and unique experience of a routine day of the lives in the past in what was for us to travel in time to ancient Korea. 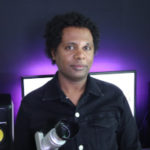