Thanks to the investigative work and perseverance of the United Nations Special Rapporteur on Torture, Nils Melzer, the truth is gradually being revealed.

One of the most successful false news stories of the last decade is the story of two women who filed a rape complaint against Julian Assange with the Swedish police in August 2010, and that the founder of Wikileaks escaped from the Swedish justice system by fleeing to England. The advantage of the Swiss Nils Melzer is that he speaks fluent Swedish, and was then able to consult the original documents. And then, to his amazement, it turned out that the course of events was quite different.

The rewriting of a woman’s statement.

In fact, as Melzer stated recently in an important interview with the Swiss online magazine Republik, to which I shall refer below, – one of the two women, who was simply accompanied by the other, was horrified when the police before her eyes began to draw up a rape report from her statements. She, as she pointed out on several occasions, had sexual relations with Assange on a totally consensual basis, and only contacted the authorities to find out whether it would be possible to force him to take an AIDS test. As soon as she realized that the police were starting to do something completely different, she interrupted the interrogation in a state of shock and left the room. However, only a few hours later, the headline appeared in large letters in the Swedish tabloid press: Julian Assange was accused of double rape.

In that regard, Melzer has an explosive document – an e-mail from the supervisor of the consensually appointed police officer, in which he asks him to rewrite the interrogation protocol correctly. This appears to be due to the fact that the Public Prosecutor’s Office was already closing the case, as the woman’s statements were not sufficient for an accusation of rape.

The woman could also have sent a text message to a friend at the police station: she had the impression that the police were only interested in “getting their hands on Assange”.

The second woman plays an obscure role, at first, she was just an escort. According to Melzer, she not only suggested to the first woman to go to the police, but also directed her to the guard post where one of her friends was on duty. This is the same person who at that time – and this was already a legally incorrect procedure – conducted the interrogation. Later, this police friend also forged the document.

However, only one day after the first woman was questioned, the second woman made her own statement and reported that Assange had slept with her without protection and against her will. According to Swedish law, this would indeed amount to rape. However, Mr. Melzer highlights the contradictions in the statement. Let us also look at the chronology: curiously, the Swedish media reported a double rape before this second woman made her statement.

Thanks to Melzer’s research, the claim that the founder of Wikileaks systematically fled Swedish justice is clearly false. According to Melzer, “it is the opposite. Mr Assange contacted the Swedish authorities on several occasions because he wanted to talk about these allegations. The authorities weighed in the balance”.

Thanks to the investigation and the perseverance of the UN special rapporteur on torture, Nils Melzer, the truth is gradually coming out: “The Swedish authorities were never interested in Assange’s testimony. They deliberately left him in the dark. But it also allowed them to control him. Imagine facing rape charges for nine and a half years by an entire state team and the media but not being able to defend yourself because the charges were never brought.”

Thanks to the research and perseverance of the UN special rapporteur on torture, Nils Melzer, the truth is gradually coming out: the two women obtained a legal representative who was “by chance” the partner of the former minister of justice, Thomas Bodström. He maintained a confidential relationship with the United States and has worked closely with the CIA. In the meantime, Assange requested permission to leave the country and even received authorisation.

During the flight to Berlin, his laptops disappeared from his checked baggage. Scandinavian Airlines refused to provide any information about this. The founder of Wikileaks subsequently travelled to London, from where he continued to offer his cooperation to the Swedish judicial system. Until he learned of a possible plot against him. According to Melzer, “From that moment on, his lawyer said that Assange was willing to testify in Sweden, but demanded diplomatic assurances that Sweden would not extradite him to the United States. However, the Swedes consistently refused to give such an assurance.

At the same time, however, it was legally difficult for Swedish justice to keep the case on hold for years without closing it and bringing charges. Today, unusually, the British justice system has intervened to prevent the case from being closed.
According to Melzer, “yes, the British, that is the Crown Prosecution Service, wanted to prevent the Swedes from closing the case at all costs. But the British would have to be happy if they no longer had to guard the Ecuadorian embassy at a cost of millions of dollars of taxpayers’ money to prevent Assange from fleeing.

Why the United States is afraid of Assange

The background to all these strange events is obvious to Melzer. He points out that at the time Assange was systematically denouncing the serious war crimes of the United States in collaboration with the New York Times, The Guardian and Spiegel. Only a few months earlier, in April 2010, WikiLeaks had released the Murder video footage that US whistleblower Chelsea Manning had handed over to the organisation. The video shows members of the US military laughing as they shot people in Baghdad from a helicopter, including two members of the Reuters news agency. They were also shooting at the wounded, the people helping them and children.

No criminal proceedings were brought against any of the soldiers. On the contrary, the United States gave a directive to all allied countries to initiate all possible criminal actions against the founder of Wikileaks.

If Assange is extradited to the United States, Melzer believes that he will not be subject to any legal proceedings. He will be brought before the infamous “spy court”, from which no one has ever been acquitted, and the trial will be held behind closed doors and on the basis of secret evidence. Assange faces up to 175 years in prison. Melzer concludes that none of the war criminals in the Yugoslav civil war has been sentenced to more than 45 years.

How journalists were misled

The fact that all this has gradually come to public attention is less due to the effectiveness of the media – which, on the contrary, has long refused to take note of Melzer’s research findings – than to the perseverance and tireless work of various activists, as well as the fact that they managed to attract celebrities to the demonstrations, solidarity meetings, signature campaigns and calls for Assange’s release.

Although the press was very busy first with Assange and Wikileaks, the rape story that had been launched also had some success: it was assumed without a doubt that it was already true, and then, for many years, the fate of Wikileaks’ founder, who had fled to the Ecuadorian Embassy in London, was received with some indifference.

They often allow themselves to be manipulated by the arguments of the United States: that Assange is not a real journalist, has put people in danger with his publications, and is an accomplice of Putin. But these ideas about Assange, if examined more closely, are only a variant of the diversionary manoeuvre described by Melzer, namely that he has discovered war crimes and that this is a crime, in order to pass himself off as a criminal and thus eliminate the real scandal.

Unlike many of her colleagues, a correspondent for the German Taz gave with minimal words of self-criticism: Bettina Gaus admits today that she too has fallen under the spell of the image of events that has been broadcast in public without ever being questioned. Little by little, the wind is changing.

And although the Reporters Without Borders organisation remains reluctant to explicitly label Assange as a “journalist”, instead of simply attesting to his “journalistic activity”, worldwide vigils were organised in January for the founder of Wikileaks, in which journalists’ associations also participated. A positive contribution of the news magazine ZDF is that it has tried to make the scandal discovered by Melzer known to a wider public.

Published for the first time by Ortwin Rosner on streifzueg.org and adopted by our media partner Untergrund-Blättle. 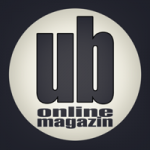