In Europe “we give money to Turkey so refugees don’t annoy us”, a cardinal has denounced.

– “I don’t see much difference with the wall Trump is building on the border with Mexico”
– “People criticise Turkey’s use of refugees as a political instrument, but we have made that possible”
– The COVID-19 threat, even greater in the camps for refugees “living like pigs on a farm”

Cardinal Jean-Claude Hollerich, the Archbishop of Luxembourg and President of COMECE, the Commission of the Bishops’ Conferences of the European Union, was speaking in an interview with Madrid archdiocesan newspaper Alfa y Omega published March 26.

Hollerich called “a disgrace and a shame for Europe” the way the European Union is treating refugees in the migrant camps on the Greek islands, where some 42,000 asylum seekers are presently “trapped” in “horrific” living and sanitary conditions, as Church and civil NGOs denounced this week too.

“There are no adequate facilities, nor sufficient doctors”, the cardinal decried.

“It impacts me greatly that the EU immediately gives money to protect its borders, but can’t do anything on the ground for these people. It totally contradicts the European values that we talk about so often.

“I don’t see much difference with the wall that Donald Trump is building on the border with Mexico”, Hollerich deplored.

The Luxembourger prelate was one of the three cardinals who in February launched an urgent appeal to EU governments and bishops’ conferences to take in the refugees “stuck indefinitely” on the islands in the Aegean Sea.

In relation to that appeal, Hollerich denounced that in the month following “quite a few bishops told me that they would love to do something… but that the governments of their countries didn’t have a very positive attitude towards allowing people to enter… just because the Church asked for it”.

“I’m afraid that now with the COVID-19 crisis it will be very difficult for the bishops to manage to dialogue with politicians on this issue”, the cardinal lamented.

– “People criticise Turkey’s use of refugees as a political instrument, but we have made that possible”

For Hollerich, the root of the shameful attitude towards the refugees on the Greek land and sea borders is the 2016 EU deal with Turkey to stop arrivals in the bloc by means of billions of euros in aid to Ankara.

“That agreement is like when parents give their children money so they don’t annoy them”, the cardinal criticized.”

“We give Turkey money so that the refugees don’t annoy us.”

“In terms of human relationships it’s something that shouldn’t be done, and parents may discover that in some cases this attitude leads to catastrophes.”

“I understand that there must be a controlled entry into Europe and that people may be in Turkey for a time; better there than in Libya.”

“On the other hand, people criticise Turkey’s use of refugees as a political instrument, but we [in Europe] have made that possible. We must see ourselves as responsible”, Hollerich warned.

– The COVID-19 threat, even greater in the camps for refugees “living like pigs on a farm”

With regard to the COVID-19 threat – which poses a particular danger to the refugees on the Greek islands, living as they are in overcrowded, unsafe conditions – Hollerich acknowledged that the migrants are “scared”, above all because of the “rumours” and not objective information they’re receiving about the virus, and because of the “lack of medicines”.

“It’s going to be very difficult to fight [the fear and lack of resources] if they get sick”, the cardinal warned.

“Especially considering how they are living, like pigs on a farm. The disease can spread terribly”, he added.

“This disease should open us to solidarity with all who suffer. But sometimes our misery makes us isolate ourselves and we don’t see that there are people in much greater misery and danger.

“I hope and pray that many people in Europe will respond by opening their hearts to the suffering people in the Greek refugee camps. But I’m afraid the reality will be much harsher. We have to be vigilant and denounces what happens”.

The cardinal that the only truly moral long-term solution for the refugees on the Greek islands is that of “humanitarian corridors” to other, safer places in Europe. 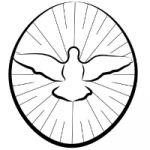