ICAN PARIS FORUM – How to ban bombs and influence people.

“The International Campaign to Abolish Nuclear Weapons (ICAN) and ICAN France invite activists, students, campaigners and anyone interested in changing the world to come together in Paris to discuss and learn about movement building, political change and activism.” (paris.icanw.org).

The opening day, Friday the 14th of February, was marked by conversations between activists, workshops and thematic sessions.  Here is a summary of what took place:

Beatrice Fihn, ICAN and Jean-Marie Collin, ICAN-France opened the forum by underlining the participation of more than 1000 people, many young people, and the importance of the attempt.

In their introduction, they stressed that when you launch a campaign or action, you start things that you don’t know if they will succeed or not. And of course, no matter what happens, it is necessary to start again later on with new efforts. Continuing to act.

Setsuko Thurlow – Hiroshima bomb survivor – and Leona Morgan – indigenous community organizer from the Navajo Nation – spoke about their struggle and affirmed the importance of never giving up the fight for a better world.

Setsuko testified to a key stage in her activism when she felt a deep moral responsibility to bear witness to her experience and to speak out as a survivor in the face of the development of the US nuclear programme. That was 56 years ago, in 1964.

Leona recounted her resistance activities on the Navajo reservation in Arizona and New Mexico, USA. She strives to educate her people about the existence of uranium mines (classified as secret) and how uranium is transported through Indian lands to processing sites.

Each set of 4 vertical characters represents the name of a schoolboy or girl from Setsuko’s school. 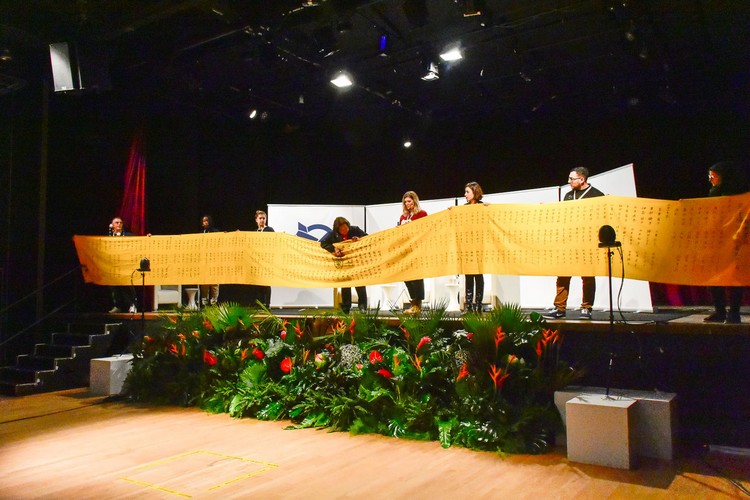 The banner shows the names of more than 300 schoolchildren, Setsuko’s schoolmates who died in the Hiroshima nuclear explosion.

Flag symbolizing the resistance of the Navajo Nation 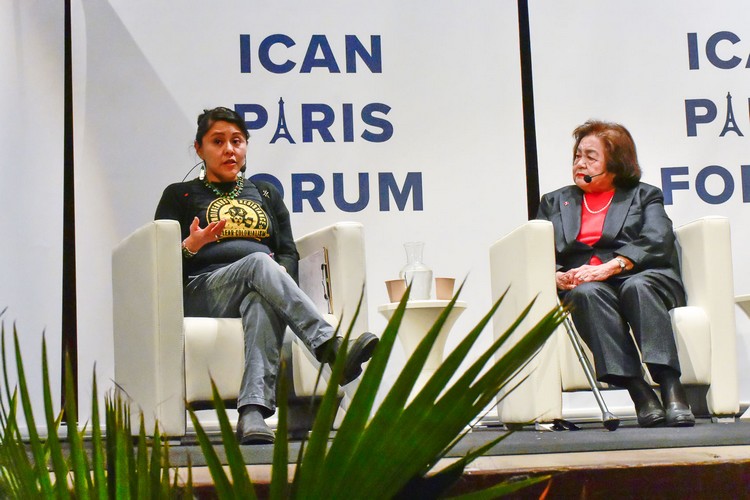 So you want to change the world?

This plenary session discussed how to target and approach different decision-makers in order to produce change. Panellists spoke about how to identify who to influence and the tactics used to achieve transformative influence. Activists from the racial justice, peace and climate movements shared lessons from their work and possible strategies. 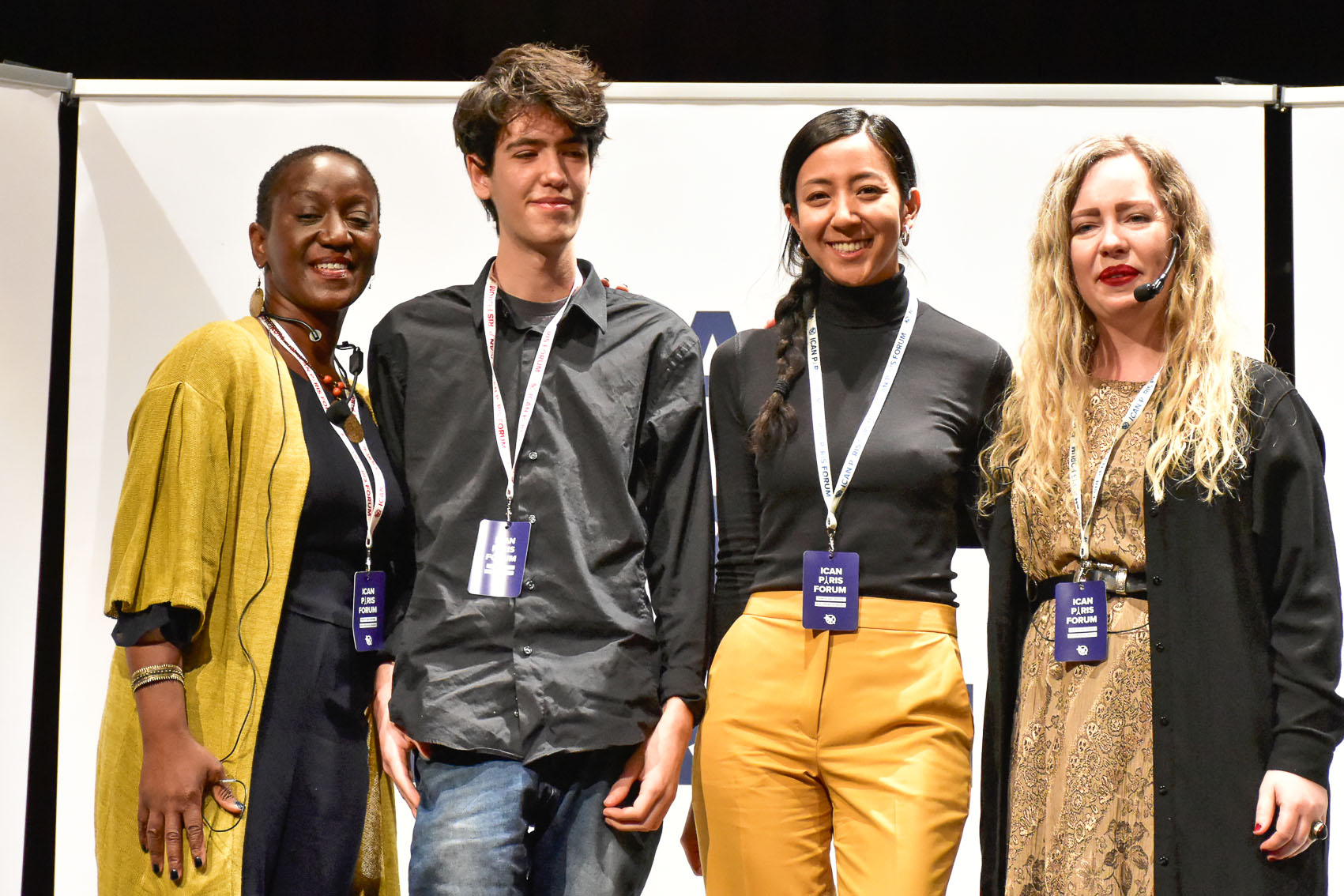 During this plenary session the topic of nuclear weapons was discussed, particularly their age: some, despite their advanced age, sometimes several decades, still pose very real threats to the world.

This expert briefing showed how many nuclear weapons there are, what they do and why we need to get rid of them.

Open Discussion: Detoxification of the theme of ‘deterrence’ and other lies

This interactive session explained how those in power justify nuclear weapons. Military, industrial, patriarchal and neo-colonialist arguments were reviewed and the ways to counter them.

Let’s get down to business

This interactive workshop brought together parliamentarians, mayors and investors to discuss with participants what works and what doesn’t work when lobbying decision-makers. 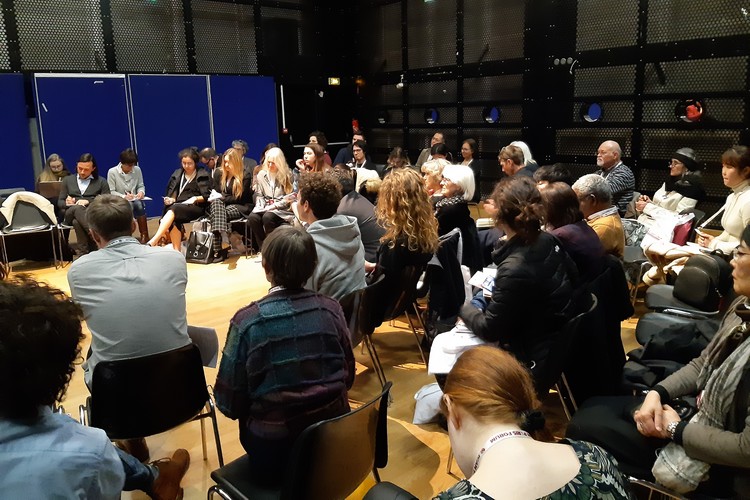 The best art is political

Talented artists took part in the plenary session devoted to art and culture which have always been drivers of change, sharing their vision of art as a tool for social justice. 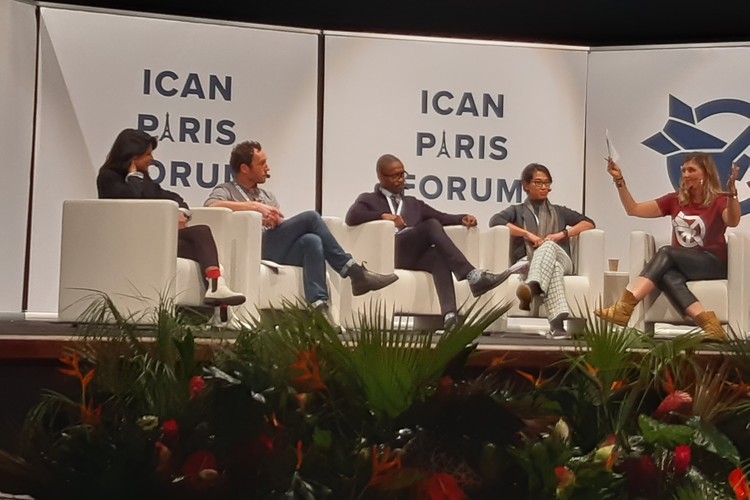 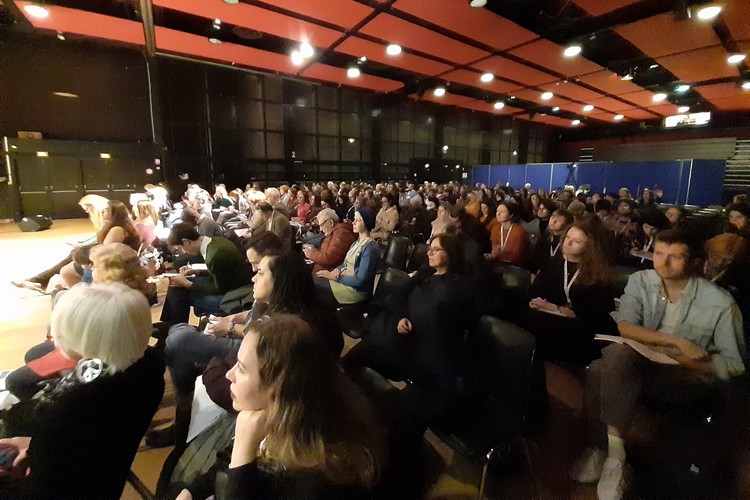