By Gustavo Espinoza and translated by Jhon Sánchez.

Every year, two thousand Central Americans leave their countries and walk across Mexico, seeking to reach the United States. Addressing the issue, The Center for Latin American and Caribbean Studies of New York, presented the documentary “Casa en Tierra Ajena (2017),” under the direction of Ivannia Villalobos at the KJCC Auditorium in New York.

After the screening, Ivannia Villalobos, Carlos Sandoval, and Carla Garcia of OFRANEH (Organización Fraternal Negra de Honduras) spoke about the factors that force people to migrate and the border control mechanisms in the United States. 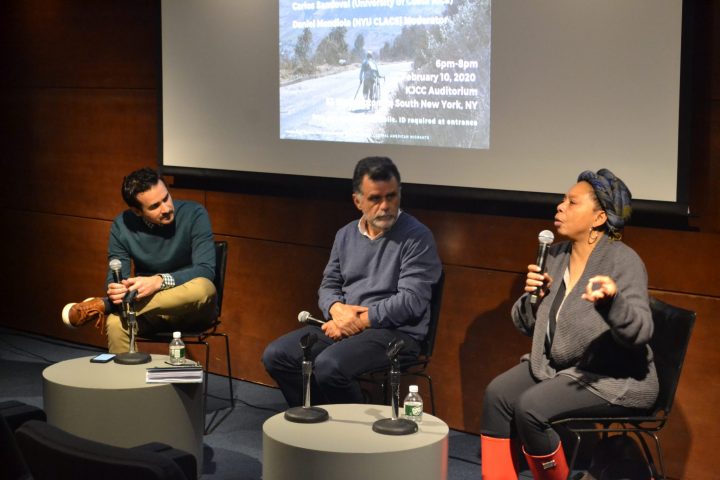 “From the beginning, the documentary raises the question of why people migrate, and it finds structural factors of violence, deficiencies in health, education, impoverishment, but also causes more linked to the dispossession of land to build megaprojects,” says Ivannia Villalobos.

The documentary explains that the factors of emigration are factors of expulsion: In Guatemala, the transnational companies dispossess the indigenous people of their land. In Honduras, the peasants have been dispossessed for the monoculture of the Palm. In El Salvador, migration is more urban because of gangs.

“The hydroelectric projects have affected the populations, the water sources, and biodiversity… The native communities have been dispossessed of their territories… to build resorts… plunging [the natives] into absolute poverty and even prohibiting fishing as a way of life,” says Carla García.

Faced with this situation, the communities and their inhabitants have declared themselves in resistance to defend their rights and basic subsistence resources such as water, land, and biodiversity; but they have been threatened, prosecuted, monitored, assassinated, persecuted, and criminalized.

Finally, Carla Garcia invited the audience to complete the census, “it doesn’t matter if you are undocumented, register! in the 2020 census so that there will be more schools, [and] Latino representatives.” 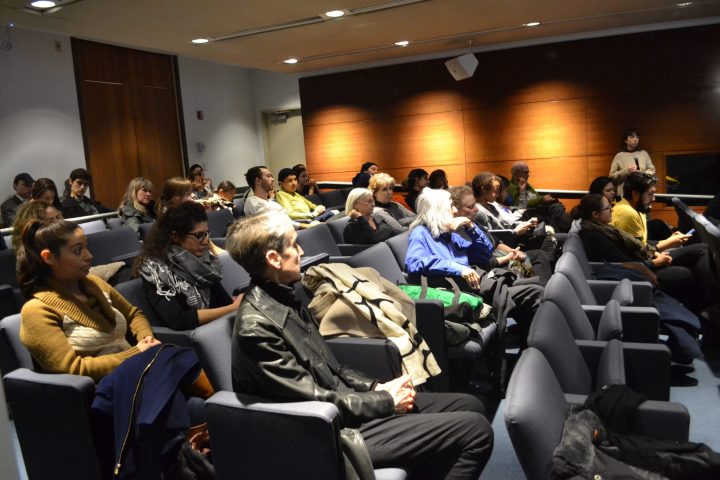 You can watch the documentary Here