“United We Stand” is a motto best-known for the July 1942 campaign to stimulate emotion and capital for United States entry into the Second World War. Yet, its origin heralds to 1768s “The Liberty Song” by John Dickinson and has been used historically as a sort of rallying cry*. While the archives show that the call has been used primarily for stirring emotions towards war, this new decade should shift that paradigm.

Calls in 2003 for pre-emptive shock-and-awe strikes based on intelligence of “weapons of mass destruction” prompted emotions to rise with an ensuing destruction, the sin of which may take an eternity to fully confess. Memories of that time linger with skepticism in the minds of many who sought not to go to war. Their questions have been answered as the familiarity of history revives those bitter memories. Today, a growing swath of opinions challenge a similar call, prompting the same emotions that will again lead to destruction and repentance. Still, enough people are ready to rise at the least call. This reaction today should bring with it the simple questions asked during the Iraq War that later were answered. And the revolting truth that the premise for the war had been based on lies, “faulty intelligence.” 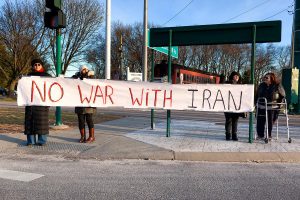 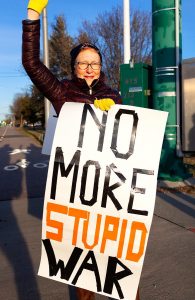 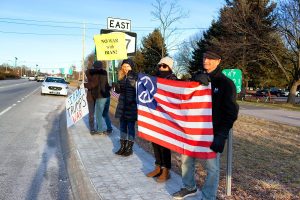 Beginning the decade with an historical page refresher may bring some improvement. This has been the mantra of the grassroots organization North Country Peace Group that has literally been “standing for peace and justice” at the same intersection in Setauket, Long Island, NY, every Saturday since December 2002.  Some of those residents alarmed by the information leading to the Iraq War began keeping vigil at the same intersection in solidarity with people worldwide who opposed the war. The war in Afghanistan was already raging. Seventeen years later, these wars (along with conflicts in Syria, Yemen, Libya, Niger and Somalia) are still being fought. Countless numbers of troops and civilians have died. These countries have been totally destabilized, creating voids for power grabs by even more brutal organizations which serve to increase public fear and reaction. Meanwhile, our veterans, many suffering from PTSD, return home to a decided shortage of services needed and deserved. The Army suicide rate has never been higher. The cost of this state of perpetual war – lives lost, families destroyed, trillions of dollars spent in weaponry that could be funding vital human needs at home – is horrendous.  Do billions in profits over people sanctify loss, misery, carnage? Does portfolio profit – corporate and personal – from these actions erase the violation, destruction, our moral void?

The North Country Peace Group has and continues to challenge these questions and the doctrine of perpetual war. They believe that through nonviolent direct activism a more peaceful and just society and world can be achieved. They believe that citizens can raise voices and act against the institutionalization of violence and the militarization of our culture. Our national priorities, they say, must shift towards diplomacy and the meeting of human and environmental needs, securing the right to live in peace and with dignity.

The belief of “United We Stand” is paramount to the identical emotion that rallies many towards the paradigm shift of peace. This happens daily in Kabul, Afghanistan with a group of hopeful, determined young people about 6830 miles away from Setauket, Long Island. Their declaration of #WeToo calls worldwide for others who seek a better way to live to connect: http://ourjourneytosmile.com/blog/2019/12/wetooareprotesters/ and https://ourjourneytosmile.com/blog/wetoo/

Begun at the end of 2019, #WeToo is a nonviolent movement of human solidarity offering “unity” from youth who have known only war since birth and believe there is a better way to live across the world. Whether it’s through actions against global warming, inequality, or wars, #WeToo stand in nonviolence against every other crisis that arises. They are aware that they are not alone. They are aware that our individual and collective actions and the future are indeed connected!

And what does Susan Perretti of North Country Peace Group advise others who are unhappy with the state of our world? “We encourage all people to find others who share their views and seek community there. In these especially dark times, we need each other more than ever before. Working together, standing together, we build the beloved community that Rev. Dr. Martin Luther King spoke about. We become the opposite of the chaos in the world. And we do not give up, no matter what. We show up and make our opinions known. Build community and build coalitions!” From Setauket to Kabul and everywhere in-between, this is how “United We Stand!” 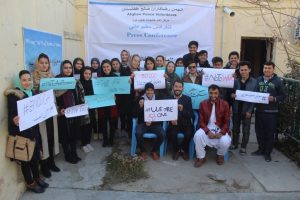 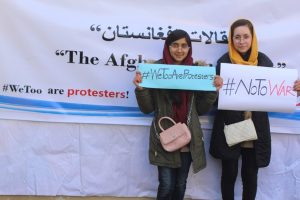 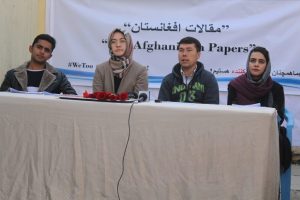