The genus attributed to Fantomas (Phantoms) has European roots. The great-great-great grandchildren of Europeans push their harm forward from the North American Continent, and their relatives in South America do not want to give up their power or their privileges under any circumstances. In their symbolic figures Uncle Sam and Donald Trump, a measure of racism can be found against “Blacks” and “Latinos,” just as Martin Luther King, as he had had his dream, had remarked in unfortunate times about those in power in his country. Other symbolic figures carry the names Pinochet, Videla, Stroessner, and so on. Europe brought the Inquisition to Latin America and infected the local economy with money and egotism, which opposed the common sense of the indigenous people of common property and the protection of Mother Earth.

This should not however stigmatise Europe as a whole. There were, and still are, countless Europeans who brought humanistic ideas to Latin America and carried out scientific enlightenment. For example, take Simon Bolivar and his idea of Patria Grande, or Alexander von Humboldt, to whom Mexico applied for honorary citizenship. The Castro family originated from Spain.

The key to the disastrous oppositions of Latin America most likely has to do with the fact that the “genus Fantomas” has banished certain basic truths from its memory. 500 years ago they first conquered the countries of Latin America through force of arms, and secondly, took possession of their supposed property through legal cunning via feudal land registers, mining, forest use and fishing resource rights. Thirdly, ever since their presence, the fruits of their current revenue were and continue to be unfairly shared between the owners of the economic institutions, the government (taxes), and the workers (wages). These countries had been assigned the role of low-cost suppliers of raw materials.

These great-great-great grandchildren are currently romping around in Bolivia. They have violently overthrown President Evo Morales. Experiences of revolt have already occurred. After the independence from Spain, they fought as military caudillos (leaders) for power in the country from 1823 to 1884. Afterwards the ruling elites fought until 1954 for high shares of the profits from gold, tin, and silver deposits. By means of a land reform in 1952 would the hardships suffered by highland farmers be improved. The fertile lowlands, however, remained in the possession of the European families. In 1964 the military revolted once again, this time with help from the USA. The power in Bolivia was given up with only a few interruptions.

Just 60 years ago Bolivia and its indigenous peoples of the Aymara, Quechua, and Mestizos were among the poorest countries on earth (Dritte Welt Lexikon, Rowohlt Verlag). The international terms of trade for Bolivia have steadily continued to deteriorate over decades.

With Evo Morales, other living conditions came into play, much to the annoyance of the USA and the old Bolivian power elites. The governmental goals of the president and his Movimento al Socialismo (MAS, or Movement for Socialism) can be read from the Constitution of the Plurinational State of Bolivia of 2009 with its 411 Articles. The constitution received high approval from the population. It gives all Bolivians extensive basic and civil rights. The aim of the constitution was to ensure dignified living conditions otherwise known as Vivir Bien in Spanish or Chapaq nam in Quechua, for its dependents. In his years in office, Morales managed to reduce extreme poverty and infant mortality considerably. The transfer of the natural gas industry into public ownership and the fairer distribution of state revenues for social purposes brought the country forward with the “Plan Vida” program. The World Bank reported that Morales had reduced poverty rates from 63% to 35% in only a few short years, and that Bolivia’s gross domestic product (GDP) has grown by 4% in recent years. The planned expansion of lithium deposits should also benefit the country’s future development and social programs.

It is hoped that after the coup of November 9th, 2019 that the military and police will adhere to basic democratic principles and that they will observe that protests against injustice belong to democracy. Morales has now received political asylum from the Mexican government and his defense minister has resigned.

Until the announced election in the first quarter of 2020, Vice President Jeanine Anez will assume control of the government with the approval of the putschists.

Since the beginning of October 2019, the public in Chile has been shaken by continuing mass protests. The neoliberally ruling President Piñera has declared a state of emergency and announced another military operation. A social alternative to establishing the dignity of the population under President Allende was brutally crushed by the “genus Fantomas” with help from the US. After Allende, the division of the country deepened again into rich and poor. The lawlessness for government dependents has increased once again, and the life situation of the lower classes and the small middle class has worsened enormously. Demonstrators wore protest banners with the outcry: “They took everything from us except fear.”

According to the latest reports, the counterparties are negotiating a change to the national constitution. But there are still many steps to be taken in order to improve the living conditions of the dependent population. The brave Mapuche people are entitled to participation and justice.

Latin America needs worldwide solidarity. It is a continent of hope. Since colonial times, its economies have continued to be too deeply rooted in the role of suppliers of raw material. They lack their own internal accumulation capacity based on industrialization with internal value chains to be able to get away from foreign loans with high interest rates, debt constraints, and capital outflows.

The visionary against the narrow confines of feudal and financial egoism, J. J. Rousseau, wrote words with fundamental wisdom in the formulation of his “The Social Contract:”

Translation from German by Ryan Haskil 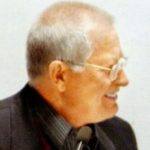