Yesterday afternoon, in the crowded lounge of the Peace Boat, anchored in the Port of Piraeus, Pressenza’s documentary “The Beginning of the End of Nuclear Weapons“ premiered in Greece in the presence of journalists and activists. The importance of the people’s pressure and civil society on nuclear disarmament was emphasized by all speakers and participants and called on the Greek government to sign and ratify the UN Treaty for the Prohibition of Nuclear Weapons.

One of the organizers of the event, Nikos Stergiou, president of the Greek section of the organization World Without Wars and Without Violence, presented the 2nd World March for Peace and Nonviolence, as one of the main demands of the March is to get into force the Treaty for the Prohibition of Nuclear Weapons. He called on the Greek government to sign the Treaty and concluded by saying: “We invite you to become part of this historic world moment of humanity and to become ambassadors of the claim for a future without nuclear weapons, as thousands of people around the world have already done. In this endeavor no one should be left behind, but even the weakest voice seems to weigh heavily on the consciousness of humanity. “

Trevor Cambell, from Peace Boat, briefed the public on the Peace Boat’s Hibakusa program, which invites survivors of the Hiroshima and Nagasaki atomic bombs to share their testimonies in order to raise awareness of the humanitarian impacts of nuclear weapons. Because of this program, the event participants had the honor of getting to know a Hibakusa, Sakashita Noriko, survivor of the Hiroshima atomic bomb. Sakashita Noriko talked about her experience from the use of nuclear weapons through her moving poem.

The event was also attended by Venezuelan Ambassador to Greece Freddy Fernández.
Venezuela’s presence has been very important since it is one of the 33 countries so far to have signed and ratified the Treaty. Freddy Fernández noted his country’s concerns about the development and production of new nuclear weapons and voiced strong support for a world of peace, friendship and cooperation. In the end he did not fail to mention the tragic coup d’état in Bolivia, a brotherly state of Venezuela.

The event closed with suggestions of new actions and screenings of the documentary by the participants in order to highlight the subject of the Prohibition Treaty in Greece. 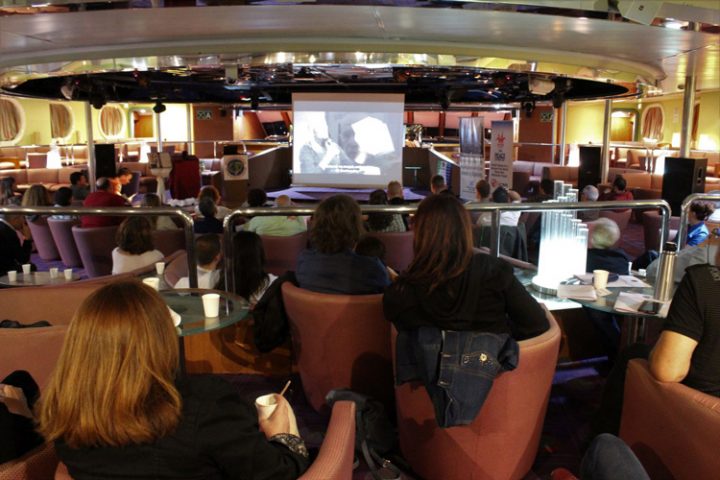 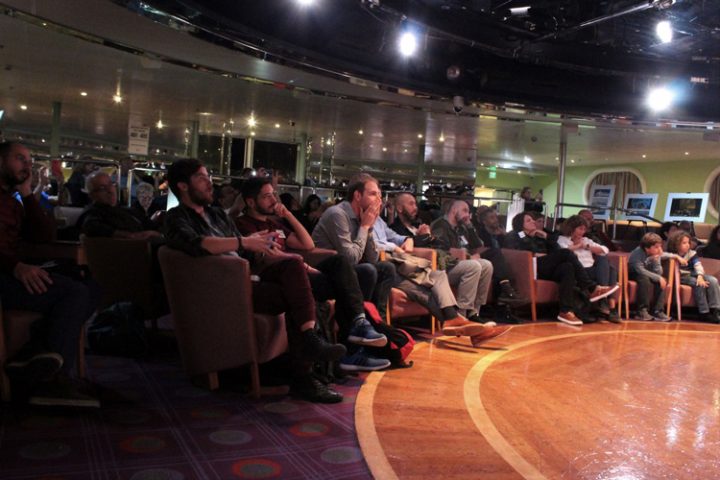 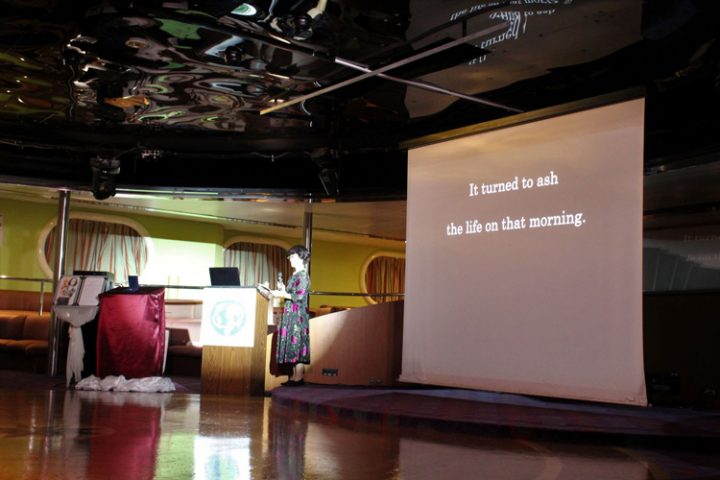 Sakashita Noriko, survivor of the atomic bomb in Hiroshima, recites her poem about the nuclear disaster she experienced. 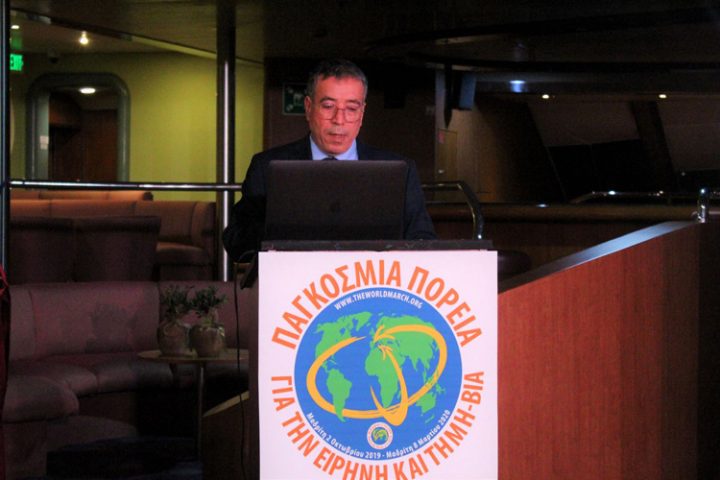 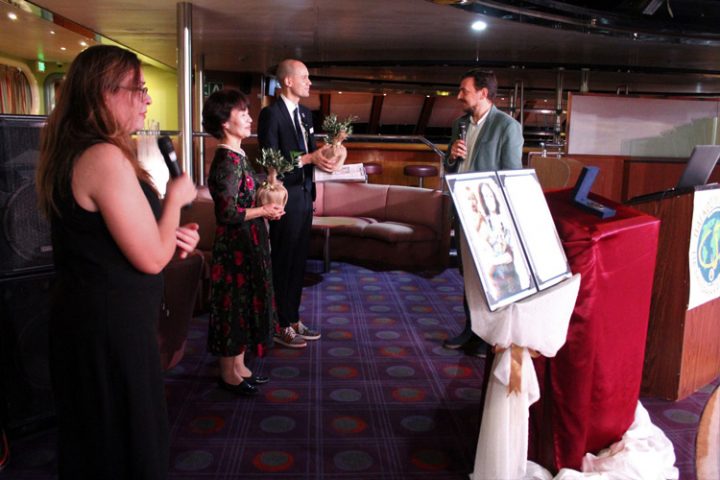 Exchange of gifts between the organizers and the hosts of the event. Nikos Stergiou, World Without War and Without Violence – Trevor Cambell, Peace Boat – Sakashita Noriko, Hibakusa – Olga Pateraki, Pressenza 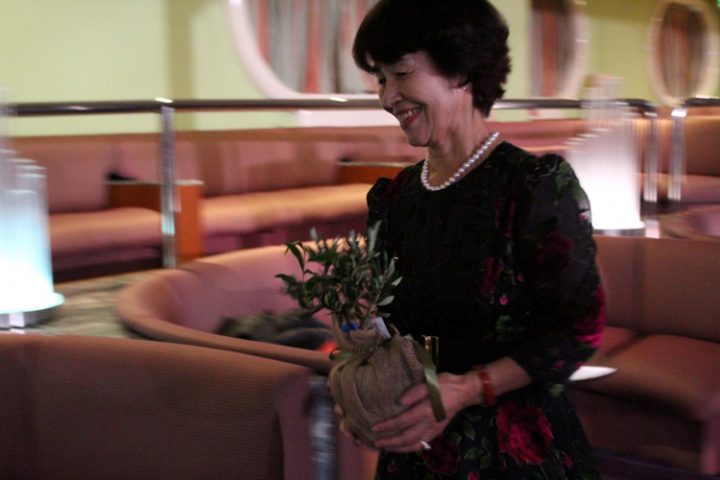 Sakashita Noriko with an olive tree, a symbol of peace, a gift from the organizers of the events 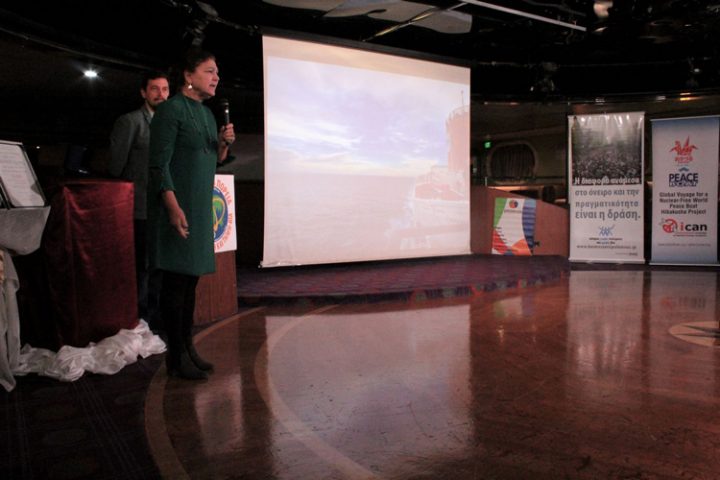 Maria Sotiropoulou, president of the Greek branch of the International Physicians for the Prevention of Nuclear War, with a long-time action on nuclear disarmament, spoke about the history of her union and the catastrophic consequences of a nuclear war. 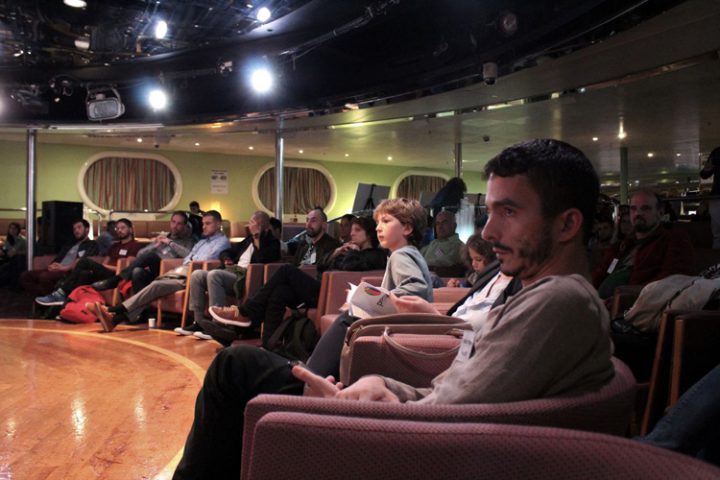 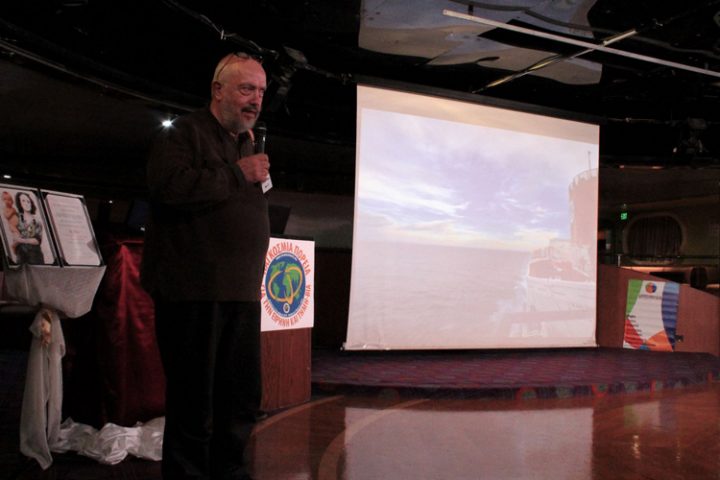 Giorgos Karampatos from the organization Olive Tree Route stressed that nuclear weapons are passing through Greece since it is a member of NATO. 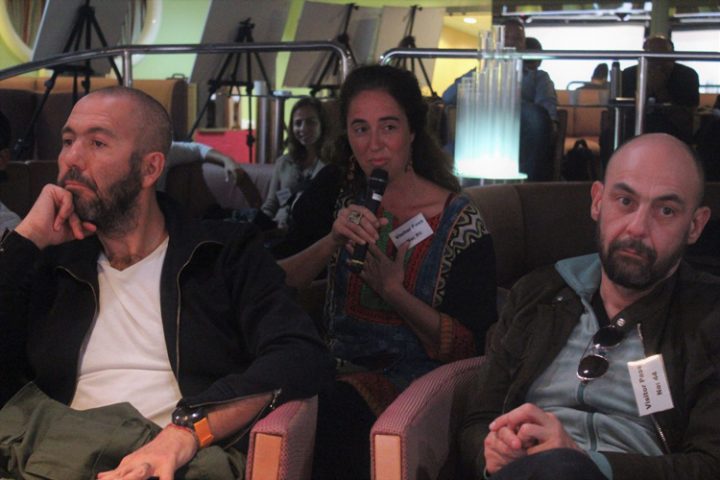 Alexia Tsouni, from the feminist group to Mov (the Purple), called on organizations to work together on joint actions of nuclear disarmament. 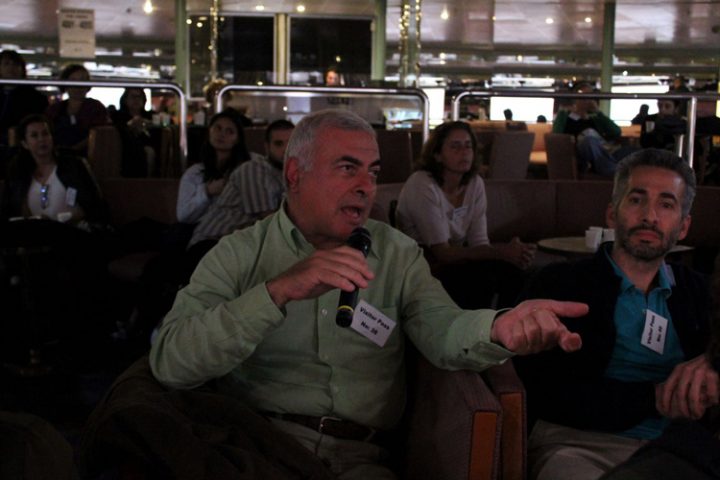 Nikos Chrysogelos, a former MEP and Director of Welcommon, stressed the importance and effectiveness of public participation that led to the Treaty for the Prohibition of Nuclear Weapons.