“An extraordinary day in Brazil—for the world, given Lula’s stature.”

Former Brazilian President Luiz Inácio Lula da Silva, known as Lula, was freed from prison Friday after a year-and-a-half behind bars due to a politically motivated prosecution from the country’s right-wing government.

A large crowd, most decked in Workers’ Party red, gathered to welcome Lula back to freedom.

“You don’t know how much you represent me,” the former Brazilian president told the throng of supporters. 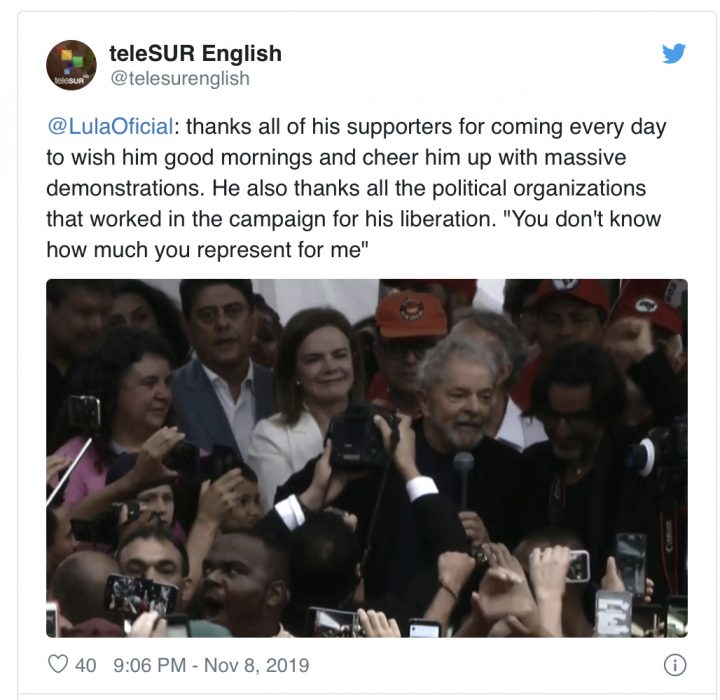 “An extraordinary day in Brazil,” The Intercept‘s Glenn Greenwald tweeted, “for the world, given Lula’s stature.” 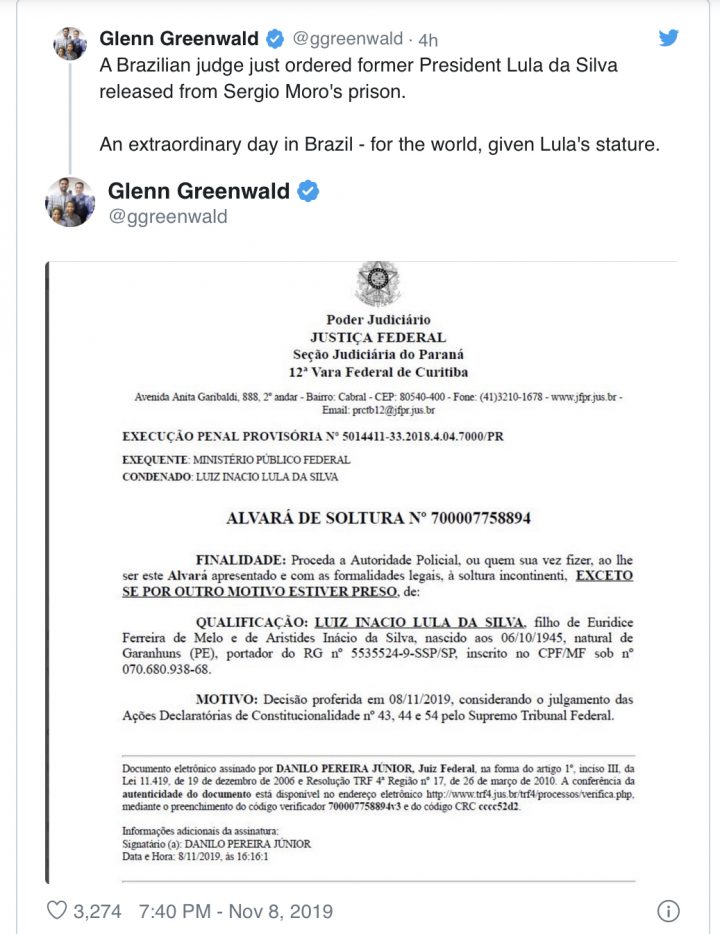 For his part, Lula tweeted a video of himself working out, saying “Lula Livre.” 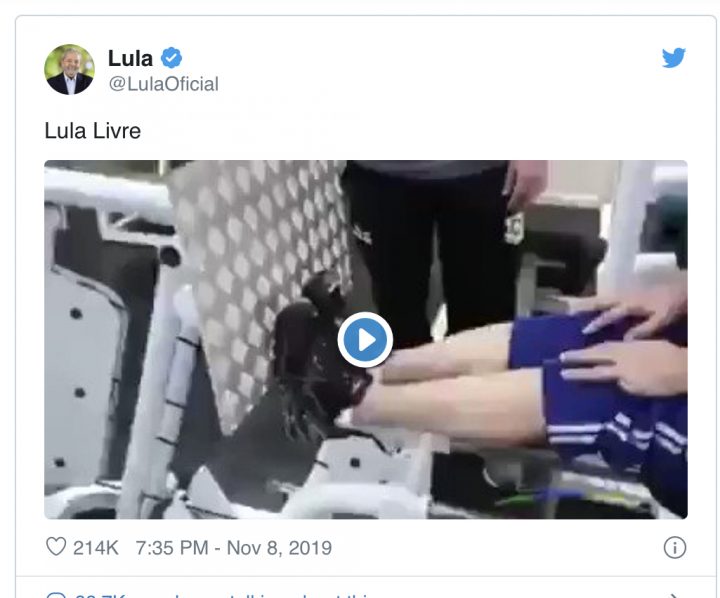 Lula was imprisoned in April 2018 after a series of events that The Associated Press described as part of a plot by Brazil’s right-wing to seize power:

Da Silva’s hand-picked successor, Dilma Rousseff, was impeached and removed from office in 2016. Then Da Silva was jailed in April 2018 after a group of judges upheld his conviction for corruption and money laundering. That left his leftist Workers’ Party rudderless, and it was further demoralized when routed in the 2018 general elections.

Sen. Bernie Sanders (I-Vt.), who is running for the 2020 Democratic nomination for president, called for Lula’s release from prison in June and remains the only 2020 presidential candidate to do so. Sanders tweeted Friday that he was “delighted” Lula was free,” calling the Brazilian leader’s imprisonment “something that never should have happened in the first place.” 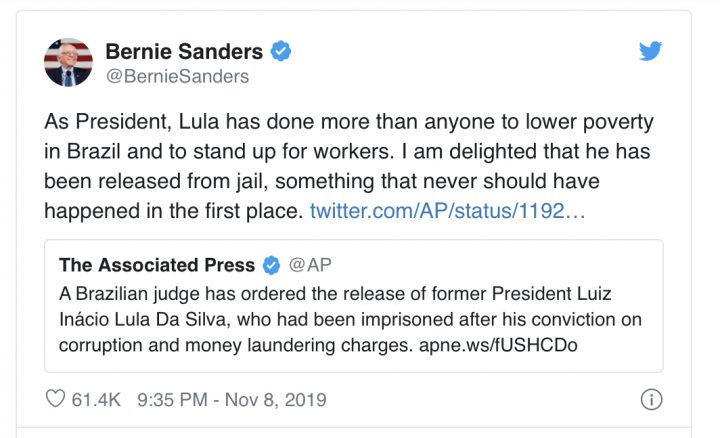 In his remarks to the crowd, Lula repeatedly returned to a message of unity.

“They did not imprison a man,” said Lula. “They wanted to kill an idea. And ideas are not killed.”