One of Andrew Yang’s presidential proposals is to implement a guaranteed income of 1,000 dollars per month to all U.S. citizens. Freedom Dividend, as he called it, “is a form of universal basic income (UBI), a type of social security that guarantees a certain amount of money to every citizen within a given governed population, without having to pass a test or fulfill a work requirement.” (Official Website of Andrew Yang for 2020 Campaign). Pressenza had the opportunity to talk to some of Yang’s supporters during the Basic Income March last October 26.

JS: Why is Andrew Yang better than Bernie Sanders? 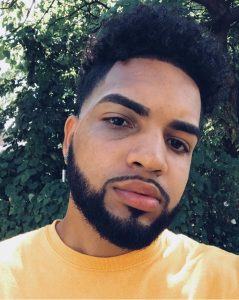 JDLR: Andrew Yang is better than Bernie Sanders for multiple reasons. Two of which are that he has the more modern and effective approach while also being younger and having a deeper understanding of the problem. Bernie Sanders has elevated the conversation, but Andrew Yang has the correct solutions to the problems of our time. A 21st century approach is what we need now, and only Yang is proposing policy that is forward thinking.

His universal basic income of $1000 a month would go much further in eliminating poverty and fixing the wealth gap than a $15 Minimum Wage. The countries with a public option of Medicare for all have the lowest cost and highest quality care [than] the countries… with the single payer system proposed by Bernie [that] falls behind in quality and cost compared to the public option. Both would be upgrades from the current system but by the numbers Andrew Yang’s public option would be better according to World Health Organization (WHO).

A wealth tax has been tried in multiple countries and was repealed due to not generating enough revenue and implementation problems. We need to learn from other countries’ experiences and move to the Value Added Tax with a Universal Basic Income as Yang is proposing to fix the income gap problem. These policies and the path to the goals are why Andrew Yang is better as a candidate than Bernie Sanders.

JS: Why should the immigrant community support Andrew Yang?

JDLR: Andrew Yang is the son of Taiwanese immigrants, so he has a deep understanding of how immigrants make our country stronger. Among the entire field Andrew Yang is also the only candidate to change the immigrant story. He has changed the narrative from immigrants being a problem to showing that it is technology that is causing the economic turmoil and proving that by the numbers. Immigrants make our economy stronger and more dynamic. He has come out in support of DACA recipients and has laid out a path for citizenship for those that are here and undocumented. Another immigrant stance that has made Andrew Yang unique is his stance on international education. He wants to put a green card on student visas because it makes no sense to train foreign students only to send them back to compete [against] us. Doing this would give the students a route to stay here and contribute to the country that has elevated their level of education. Yang also wants to put more resources at the border so that there [won’t be] years of long-waiting period to have an asylum hearing. This last change is extremely subtle and efficient because the biggest problem at the border is lack of resources and thousands of unfilled positions. Putting the resources in play would help fix the situation immediately.

JS: Would the UBI cause inflation?

JDLR: This is a common question and misconception about UBI. We printed 4 trillion dollars in new money for the wall street bailout and the price of consumer goods did not skyrocket. For UBI no new money would be printed, and competition would still be in place. In fact, competition would be heightened and this in most cases would drive down cost. Here is an example; There are two convenience stores. One chooses to raise the price of milk from $3 to $6 while the other keeps the price at $3. Which do you think would get the most customers? The one that kept the price at $3. This would force the other store to make a choice. Either bring the price down or go out of business. Giving people an income boost isn’t going to all of a sudden make them less cost sensitive. It will however super charge our main street economies and make our local businesses busier. The diner, movie theater, mechanic would all need to hire new employees to keep up with the boom in economic activity, and this would spark the creation of over 2.5 million jobs.

JS: Why do you think UBI is good for the people? 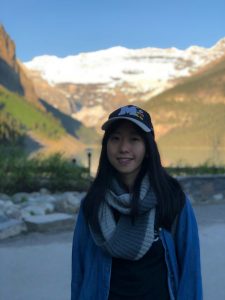 SN: The Universal Basic Income (UBI) is not a new concept nor is it foreign to the US.  Founding father Thomas Paine and Martin Luther King Jr. championed for it.   Currently, Alaskan residents receive UBI and the state has prospered from it.  The same can be applied to the rest of America if we get Andrew Yang to the white house.  UBI will lift millions of Americans up from poverty and it will provide a cushion to those living paycheck to paycheck.  UBI is better than welfare because it provides more than the average federal welfare AND it comes without any of the administrative constraints.  It will give value to a stay-at-home mom who might be caring for her young kids or for her elderly parents.  It will provide a cushion to the cashier who had just been laid off because the company decided to expand the self-checkout section.  It will empower the American people to take control back in their lives because with the additional income, they now have the economic freedom to quit a dead-end job or to pursue higher education.

UBI will benefit majority of the country (over 90%), as the net gain of $1K a month will only be offset by Andrew’s proposed VAT tax if that individual spends over $10K a month on non-staple goods, meaning rent and groceries are not affected.

JS: Do you think Republicans are going to support UBI?

SN: Absolutely.  The UBI will benefit over 90% of the country.  It will greatly improve the livelihood of the American people.  90% is a large majority-that definitely covers Republicans.  Actually, many of Andrew’s supporters are Republicans, but they can understand the various benefits of UBI and support Andrew’s vision: “It’s not left. Its not right.  It’s Forward”

JS: Why are you Andrew Yang’s supporter?

SN: Andrew isn’t your regular politician who often pockets loads of Corporate lobbyist money representing Businesses rather than people.  He is an entrepreneur who left his role as CEO of a non-for-profit that creates jobs in impoverished cities across the US.  If anyone understands the needs of a struggling community, it would be Andrew.  Besides the UBI, Andrew also offers the improved American Scorecard as one of the 100+ policies he is campaigning on.  The American Scorecard will change the way we measure the overall health of country-instead of focusing only on GDP, we will look at life expectancy, infant mortality, environmental quality, substance abuse and related deaths, among many other Human measures.

Andrew is a data-driven person and has relied on statistics and facts rather than emotion alone.  We are too divided a country because we focus so much on the negativity and our differences when we should celebrate our similarities as Americans who want to improve ourselves and our communities.  I believe Andrew Yang is the presidential candidate who can bring Americans together again.