How do you show change is happening, when it occurs gradually and mostly behind closed doors? At ICAN, we try to make sure the world hears about every time a country or leader steps up to support the UN Treaty on the Prohibition of Nuclear Weapons (TPNW), but sometimes it also helps to look at the big picture. 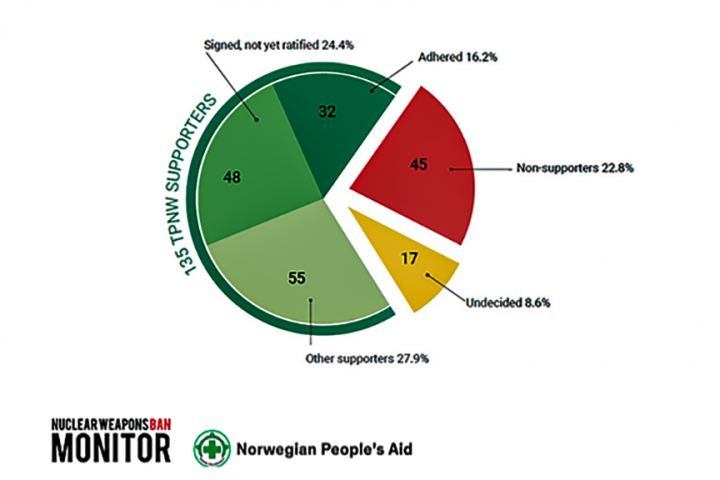 These facts come from the 2019 edition of the Norwegian People’s Aid’s report, the Nuclear Weapons Ban Monitor, launched at United Nations Headquarters in New York today.

Find out how your country is doing on banmonitor.org >>

We hope we can count on you to help spread the Norwegian People’s Aid’s report far and wide. The world’s majority of countries are ready to end nuclear weapons and change is already on its way.

International Campaign to Abolish Nuclear Weapons
The International Campaign to Abolish Nuclear Weapons (ICAN) is a global campaign coalition working to mobilize people in all countries to inspire, persuade and pressure their governments to initiate negotiations for a treaty banning nuclear weapons. It has 500 partner organizations in 103 countries, and was launched in 2007. www.icanw.org