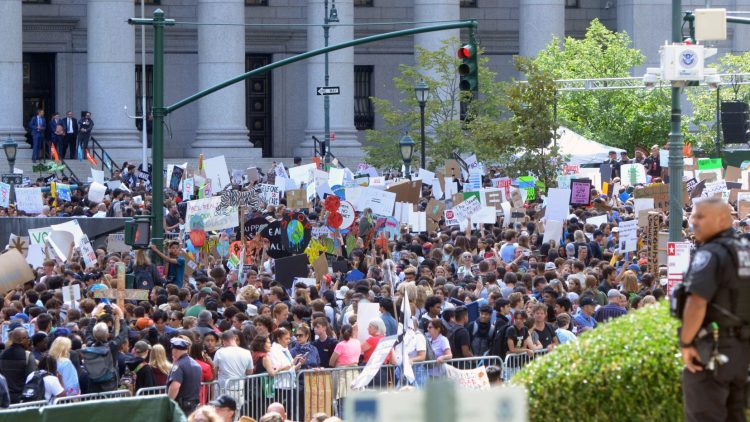 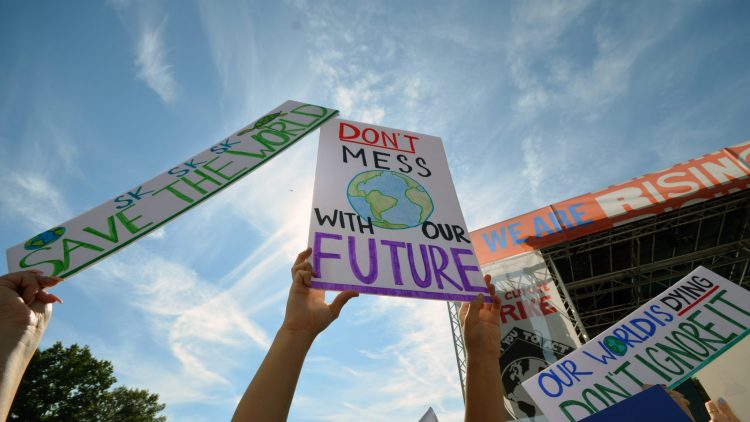 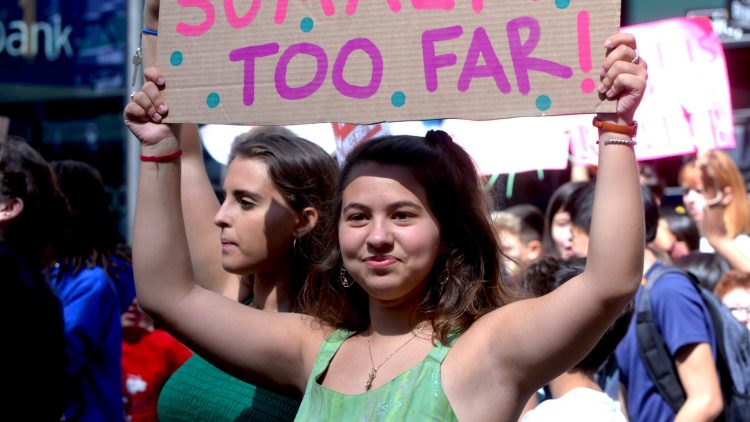 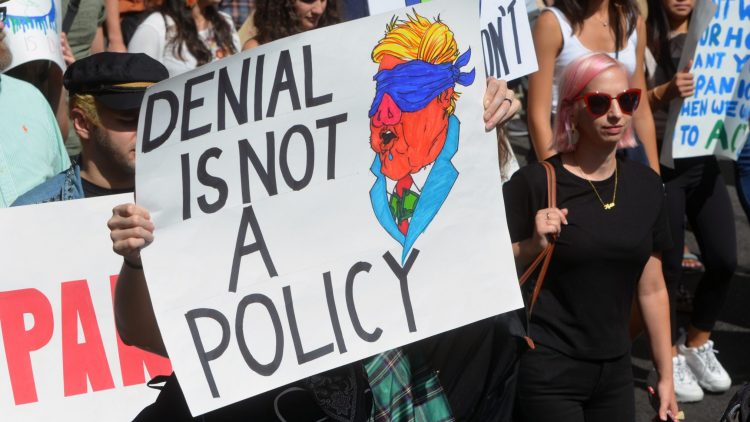 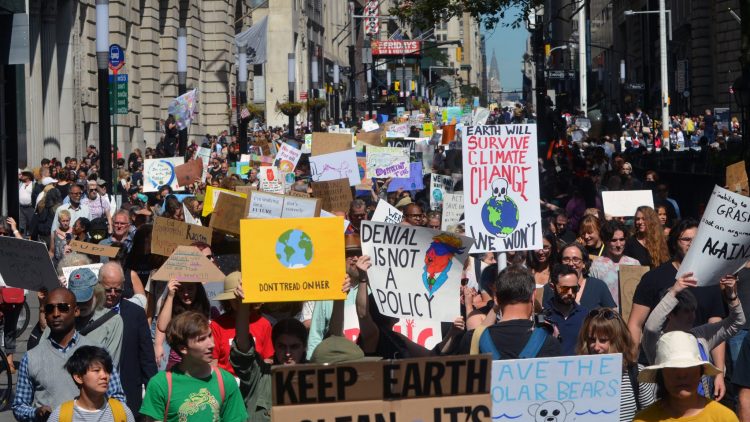 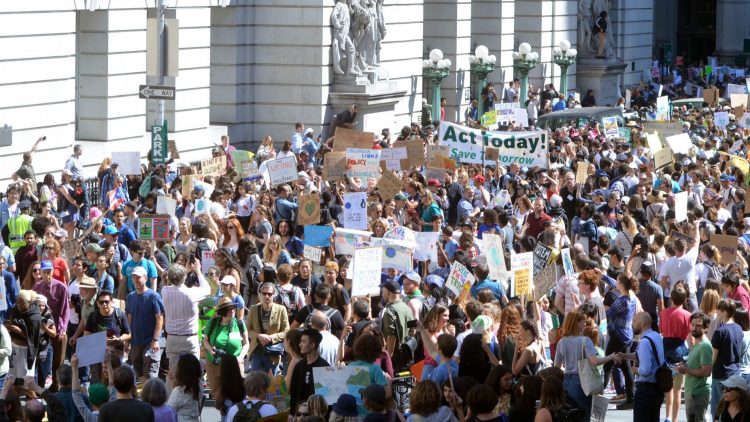 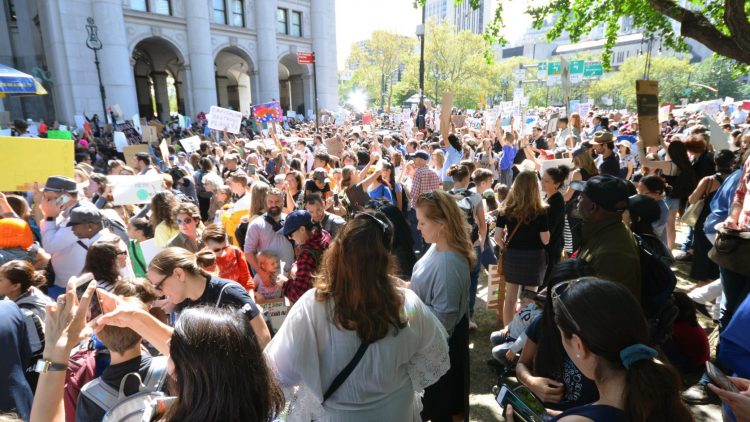 People gather at Foley Square and then took to the streets to march to Battery Park.

The New York protest culminated in a rally featuring speeches from several prominent climate leaders, including Greta Thunberg, the 16-year-old Swedish climate activist who launched the global Fridays for Future — which led to the climate strike — movements last year.