“We cannot let Trump and Netanyahu succeed in hiding the cruel reality of the occupation from us.”

Reps. Ilhan Omar and Rashida Tlaib held a joint press conference Monday in response to being barred from visiting Israel and the Occupied Territories last week.

Omar and Tlaib, the first two Muslim-American women in Congress, both support the non-violent Boycott, Divestment, and Sanctions (BDS) Movement.

They were ostensibly blocked from entering Israel for those views, but the real motivation on the part of Israeli Prime Minister Benjamin Netanyahu may have been the push from U.S. President Donald Trump who has leveled charges of anti-Semitism against Omar and Tlaib, to keep the pair out.

Tlaib, who is of Palestinian descent, teared up while describing the occupation’s toll on her family’s mental and emotional health.

“All I can do… as the granddaughter of a woman living in occupied territory,” said Tlaib, “is to elevate her voice by exposing the truth.” 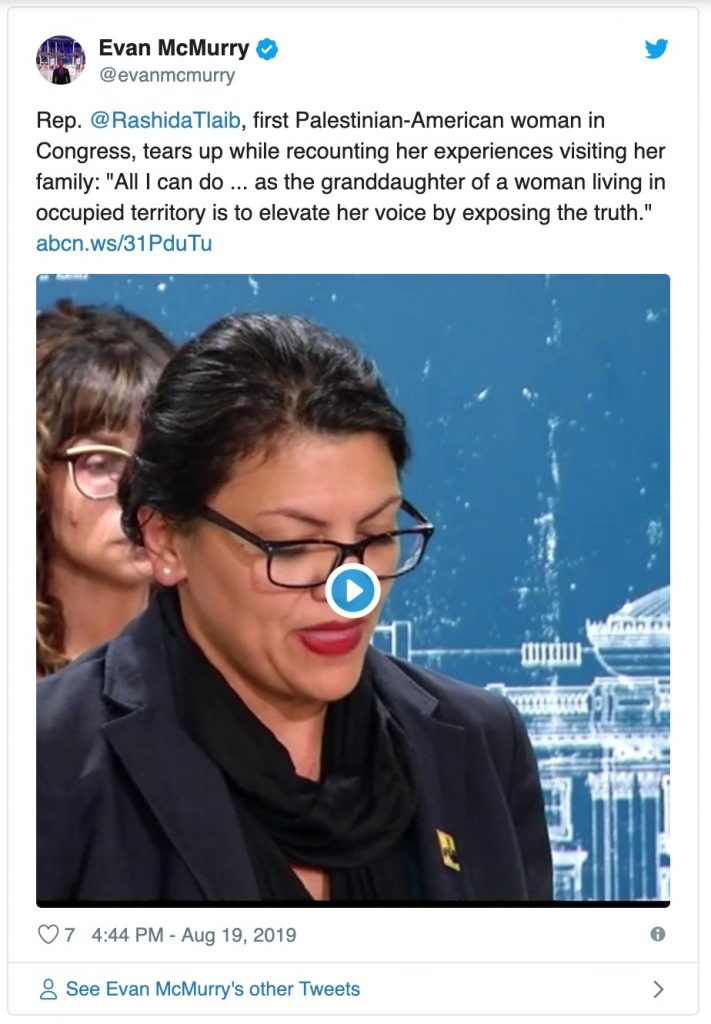 In her remarks, Omar said that she appreciated solidarity from fellow Democrats who called for a moratorium on visiting Israel until both Tlaib and Omar could go to the country without restrictions. But, she said, lawmakers should go anyway to see the reality of the occupation.

“We cannot let Trump and Netanyahu succeed in hiding the cruel reality of the occupation from us,” said Omar. 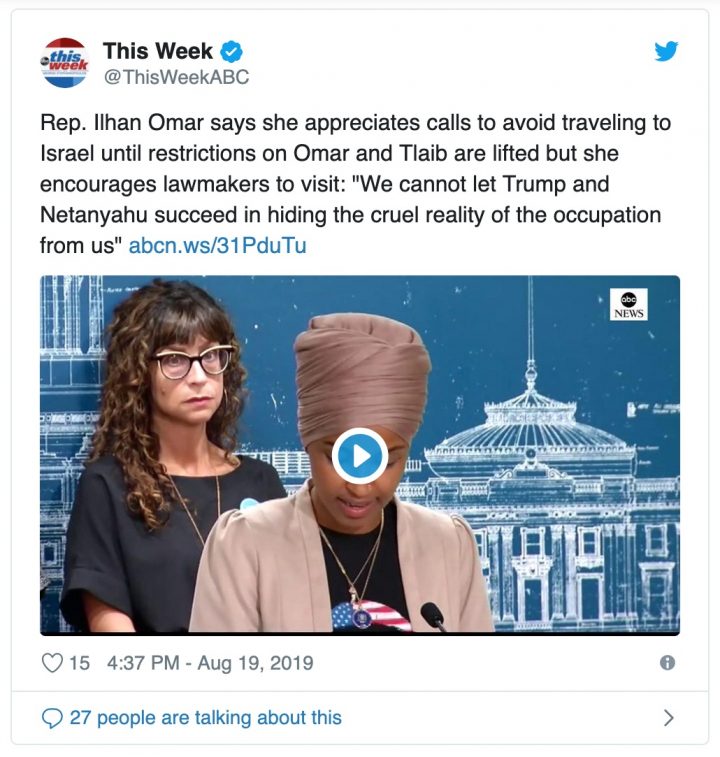 Omar and Tlaib were joined at the conference by other victims of the Israeli government’s travel restrictions.

“Netanyahu’s decision to deny us entry might be unprecedented for members of Congress,” said Omar, “but it is the policy of his government when it comes to Palestinians.”