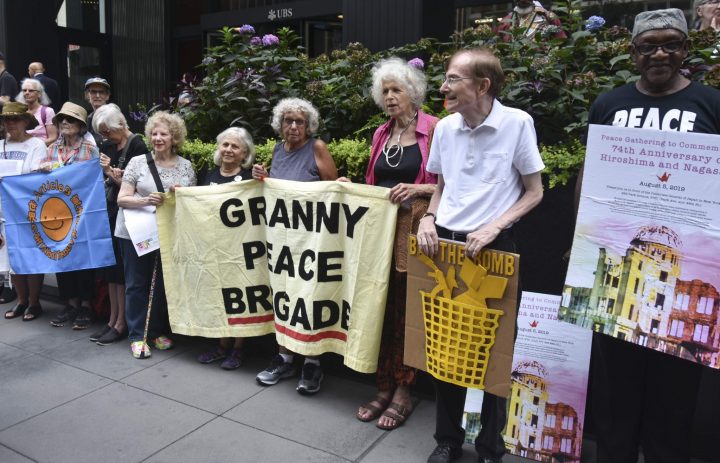 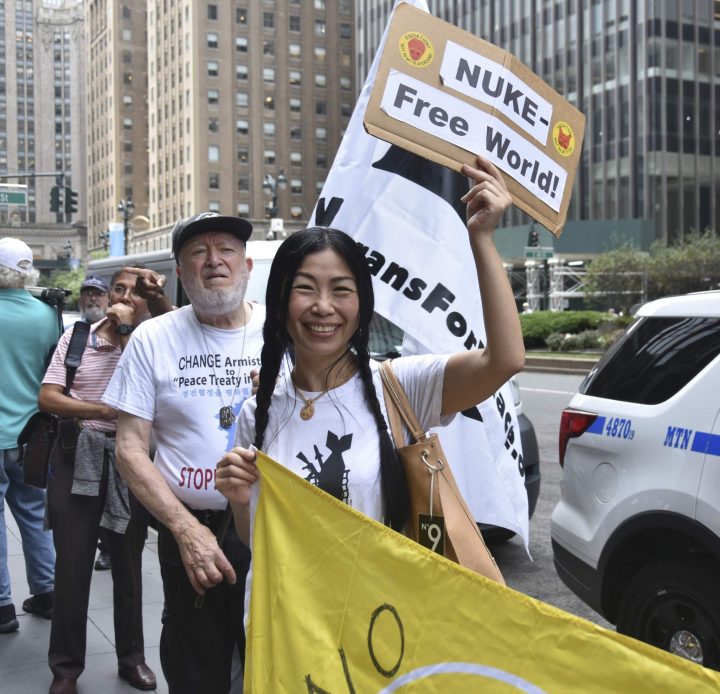 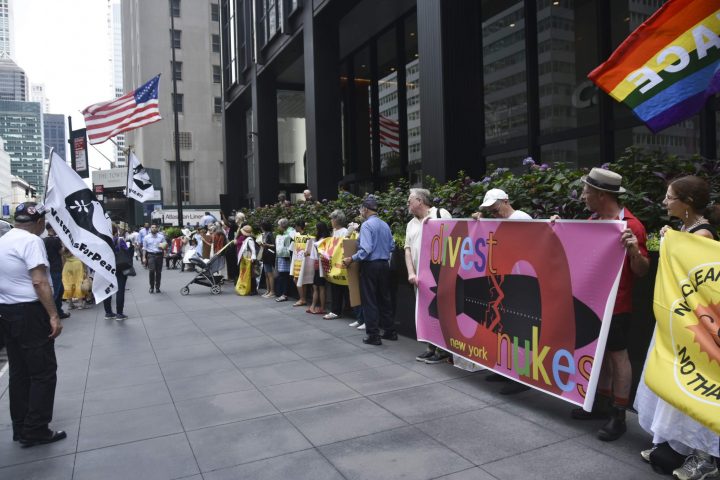 Last Monday, August 5th, in front of the General Consulate of Japan in New York, a group of protesters gathered on occasion of the 74th anniversary of the atomic bomb that killed nearly 226,000 people. As one of the activists said that day, “I would like to apologize to our children because in 2019 we’re still unable to abolish nuclear weapons.”

We spoke with Juan Torres from The Ribbon International, one of the organizations present in the rally.

JS: Why are you protesting against nuclear weapons?
JT: I am protesting nuclear weapons because even though we have seen the great damage these angels of death can bring, we as a nation and world continue to ignore the truth in the guise of “safety”.

JS: What’s is your personal motivation to be here?
JT: I personally protest nuclear weapons and the use of nuclear energy because it is a force that even nature itself cannot control so who are we to play G-d and end up hurting every single living thing because of a “mistake” or an “honorable reason”?

JS: What is your aspiration?
JT: I aspire to be able to see the day where all nuclear weapons are decommissioned and put out of anyone and everyone reach for good, the day when future generations can finally focus on more important things in life without a constantly looming nuclear winter threat.

JS: What do you believe is possible to achieve with this protest and other activities?
JT: The protest doesn’t necessarily stop the weapons from being created or used right away in my view, but it does allow those seeing us want to get involved and look further into how we can actually stop them. By growing the amount of people against it, we can pressure our governments to finally stop this train going off the rails for good.

Jhon Sánchez: A native of Colombia, Mr. Sánchez arrived in the United States seeking political asylum. Currently, a New York attorney, he’s a JD/MFA graduate. His most recent short stories are Pleasurable Death available on The Meadow, The I-V Therapy Coffee Shop of the 21st Century available on Bewildering Stories and “‘My Love, Ana,’—Tommy” available on https://www.fictionontheweb.co.uk/ . On July 1st, The Write Launch released his novelette The DeDramafi, which will be also reprinted by Storylandia in 2021. He was awarded the Horned Dorset Colony for 2018 and the Byrdcliffe Artist Residence Program for 2019