The report authors argue that new technology for nuclear plants won’t solve the underlying economic difficulties: “Those in favor of nuclear energy like to point out the ongoing technological developments that could lead to it growing more efficient in the future.

“The history of nuclear power is seven decades of economic ruin and environmental catastrophe. Toshiba’s decision last year to abandon plans to build a reactor at Moorside in Cumbria and Hitachi’s suspension of work this year on the Wylfa Newydd plant in Anglesey simply reflect the economic reality that this report sets out.

“Our new Prime Minister should learn these lessons and adopt a fresh approach to energy that centres on clean and economically viable renewable technology.” 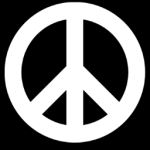