Interview with Chilean journalist and activist Patricio Mery Bell on the current situation in Ecuador.

Do you find that the prosecutions of Dilma Rousseff, Lula and Christina Kirchner were also used to indict Jorge Glas and put him out of action?

The law in South America is currently a global practice of persecution based on allegations of false media giving way to flawed legal processes. Although Rousseff, Lula, Cristina and Glas suffered the same mechanism, in Glas’ situation they were more cruel and savage. They keep him kidnapped, accused of a crime that doesn’t exist, which was repealed years ago. This breaks the minimum standards that must have every process and the rule of law. All this was denounced by two Chilean lawyers, Rubén Jeréz Atenas and the deputy Hugo Gutierrez, who have prepared a legal report showing that Glas was illegally removed from his position as vice president by Lenin Moreno through a simple letter sent to the assembly, without complying with the regulations and that he was arrested for being accused of a crime that does not exist. Therefore, Jorge Glas is a political prisoner, the victim of a coup against the vice-presidency, led directly by Lenin Moreno, and imprisoned without crime. Jorge Glas is experiencing injustice, cruelty and violation of the law.

What are Jorge Glas’s current conditions?

He is in the common prison of Latacunga, where he lives with dangerous criminals. He has been the victim of torture, abuse, humiliation and is repeatedly threatened with death by dangerous drug gangs and criminals who use it to negotiate prison improvements. In the last month alone, more than ten people have been killed because the government of Lenin Moreno has handed over control of the prisons to criminal gangs. Jorge Glas, who has German-Ecuadorian nationality, can be killed at any time.

Tell us about the years of Rafael Correa’s rule

The ten years of Rafael Correa’s governments are the most effective and functioning champion of the model of democratic socialism. All human quality indices have been improved, infrastructure has been modernised, education and health have improved considerably and high levels of economic growth, fiscal seriousness and development have been achieved. An example of all: Ecuador was the first country in South America to change its production and energy matrix, becoming a 100% generator of unconventional clean renewable energy. Precisely both projects were led by Jorge Glas Espinel. Today Moreno wants to privatize these sectors in order to obtain profits and bribes from those companies.

Lenin Moreno was elected by the citizens of Ecuador as a continuation of the policy of Rafael Correa, who preceded him and of which he was vice-president. Do you think Correa’s policy for which he was elected is continuing?

Lenin Moreno is a sadistic traitor, he has sold himself to the neoliberal policies imposed by the World Bank and the International Monetary Fund, he has donated the sovereignty of Ecuador to the shadowy government of the United States; the Galapagos Islands, the sanctuary of nature, have been converted into an American military base, all crowned by Julian Assange’s handover to the British authorities. Moreno is a corrupt man who used his power to receive money from Odebrecht and other corrupt companies. It is good that the European governments that received Moreno visiting Europe a few days ago are aware of the case of INA Investment, an offshore company set up by Moreno’s daughters and brother to receive bribes.

This is obvious. The evidence is public. Moreno is a CIA puppet who uses it on his whim. Moreno negotiated with them, through Mike Pence and Manafort, to be protected so as not to be investigated in the United States for his crimes in exchange for political support. The story will be ruthless with this traitor approaching in leaps and bounds to become a new Noriega or a Pinochet.

Do you find that Ecuador is moving towards progress?

No. Ecuador is moving towards a brutal economic crisis, unemployment and insecurity. Ecuador has been transformed by Moreno into a banana republic without God, flag and homeland.

What do you expect for the future of this country?

I hope that the people will be able to rise up and with courageous leaders to recover democracy. I would like to know what Bachelet, Merkel, Sanchez and other global leaders think of the situation in Ecuador because, until now, with their silence they have made themselves complicit in the human rights violations committed in this country, supporting the betrayal of Lenin Moreno. 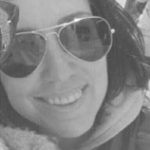