«On the day of the long and passionate solidarity march in Palermo, Carola Rackete, the commander of Sea-Watch 3 moored in Lampedusa with 42 immigrants fleeing from war and poverty, returns free after four days of house arrest,” according to an extensive Post of the Palermo Anti-Racist Forum.

“The judge of preliminary investigations of Agrigento, Alessandra Vella, not only does not validate the arrest nor the prohibition to remain in the province of Agrigento, but also excludes the crime of “resistance and violence to a warship” and, at the same time, maintains that the crime of resistance to a public official has been justified by a fundamental “cause of exoneration” linked to having acted “in the performance of duty” to save lives at sea. According to the magistrate, “the decree of sicurezza bis does not apply to rescue actions.

The news awakened the joy of more than 5,000 participants in the anti-racist procession of Palermo, organized by Legambiente Sicilia, the Forum Antirazzista Palermo and Arci Sicilia to witness Palermo’s solidarity with the “Capitana” and Sea Watch, saviors of many migrants.

At least one hundred signatures have been collected by the promoters: institutions (from the Municipality of Palermo to the rector of the University); unions (from Cgil Sicilia to Cobas Scuola Palermo ,the SlaiCobas Per il sindacatodiclasse); political organisations (such as Rifondazione Comunista Palermo and Sinistra Italiana, Potere al Popolo,  Sinistra Comune, and Diem25 Italia as well as main anarchist chapters); associations (such as  ANPI Palermo «Comandante BARBATO»,  Amnesty International – Italia, the group Palermo Emergency , Doctors without borders-Palermo, the institute Gramsci Sicilia and the Union of Italian women); reality of the social antimafia  (Centro de Impastato,  Libera Palermo contro le mafie,  Centro Pio La Torre,  Casa Memoria Impastato); ecologists ( Local Greenpeace of Palermo , the Forum per l’Acqua Bene Comune); catholic groups (the Agesci Combodian Missionaries of Palermo, the Focolari  , the Instituto Arrupe,  the Santa Clara Centre and the Emmaus Group); secular groups (collective Palermo Pride,  the  UAAR Circle of Palermo); NGOs (the Mediterranea Saving Humans as well as Laboratorio Zen Insieme); students associations and many other important collectives

Celebrated by Leoluca Orlando, Palermo’ Mayor, announcement  about giving honorary citizenship to the  Sea-Watch team. “Now we wait for Carola here in Palermo,” the mayor added.

Dividing and threatening was Salvini’s reaction on Facebook to the news of the captain’s release. “The benefit is over, the free trip in clandestine immigration is over, we will send you back one by one. These are potential killers, they are criminals and criminals in a normal country go to jail. I hope that the judge who says that enough is enough will appear very soon.

For the Italian judiciary, ignoring the laws and ramming a patrol car of the Guardia di Finanza are not enough reasons to go to jail. No problem: as far as the criminal commander Carola Rackete is concerned, she is ready to be sent back to her country because she is dangerous for national security.

However, the expulsion of Carola Rackete is not a fact: the prefect of Agrigento Dario Caputo signed the expulsion order from Italy, but this measure must be validated by the judicial authority.

“It is in our interest that the investigations shed light on each point of this story and on the attack on humanitarian action at sea. Giorgia Linardi, spokeswoman for Sea Watch, commented on Twitter on the news of Carola Rackete’s release. 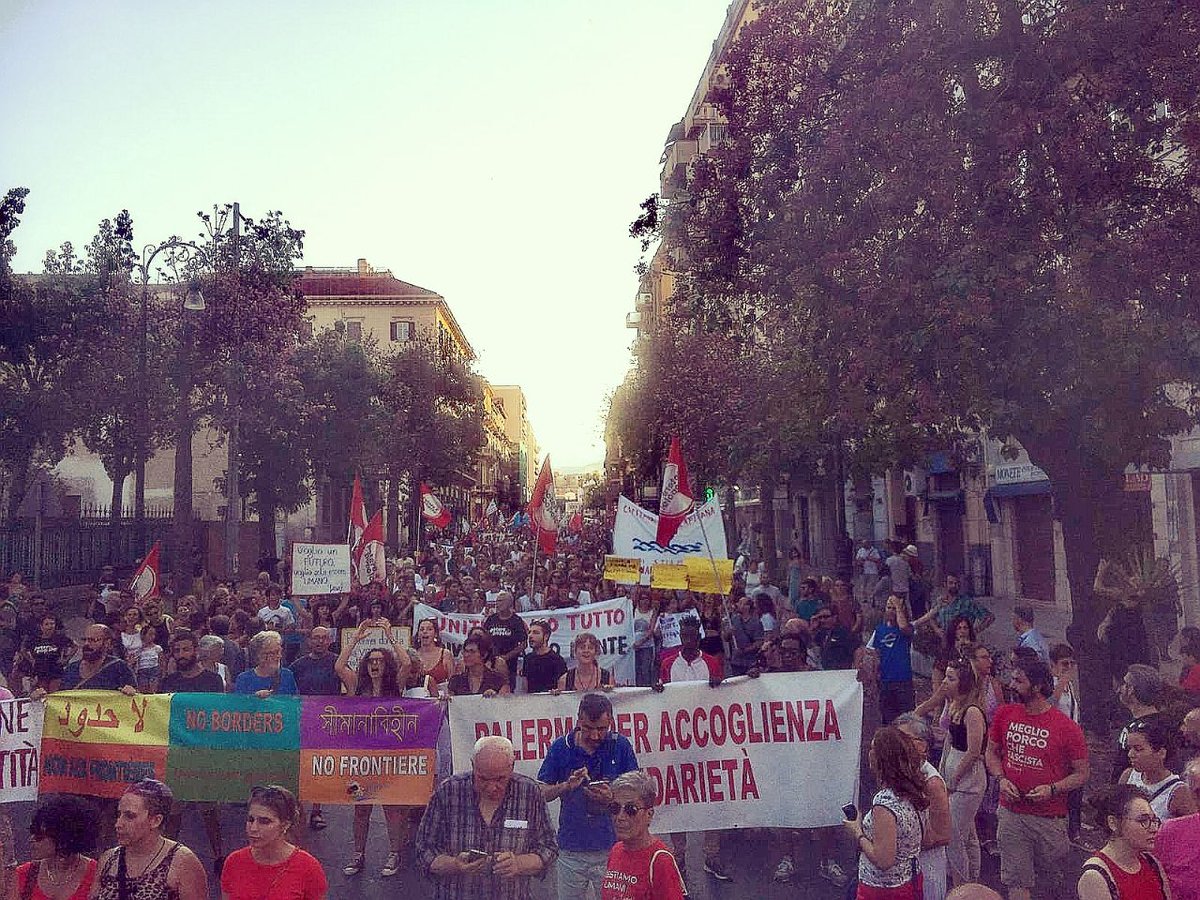