As a second massive global School Strike unfolds today in 120 countries, I’m forwarding you this powerful call to action published today by Greta Thunberg and other young climate strike organisers.Young people everywhere have walked out of school again today to highlight the climate emergency we face and they are calling on adults to join them in action.

350.org is responding to that call with urgency today. We invite you to do the same. Pledge to join their next global Climate Strikes and a week of actions starting on Friday 20 September. We will send you more information about how you can be involved.

Today, we are out on the streets again, in huge numbers, in 150 countries, at over 4000 events, demanding that governments immediately provide a safe pathway to stay below 1.5 degrees of warming. We spent weeks and months preparing this day. We spent uncountable hours organizing and mobilizing when we could have just hung out with our friends or studied for school.

We, children and students, don’t feel like we have a choice: it’s been years of talking, countless negotiations, empty deals on climate change, fossil fuel companies being given free rides to drill beneath our soils and burn away our futures for their profit. Politicians have known about climate change for decades. They have willingly handed over their responsibility for our future to profiteers whose search for quick cash threatens our very existence.

We have learned that if we don’t start acting for our future, nobody else will make the first move. We are the ones we’ve been waiting for.

Once again our voices are being heard on the streets, but it is not just up to us.

We feel a lot of adults haven’t quite understood that we young people won’t hold off the climate crisis ourselves. Sorry, if this is inconvenient for you. But this is not a single-generation job. It’s humanity’s job. We young people can contribute to a larger fight and that can make a huge difference.

So this is our invitation to you. Starting on Friday 20 September we will kick start a week of climate action with worldwide strikes for the climate. We’re asking you to step up alongside us. There are many different plans underway in different parts of the world for adults to join together and step up and out of your comfort zone for our climate. Let’s all join together; with our neighbours, co-workers, friends, family and go out on to the streets to make our voices heard and make this a turning point in our history.

This is about crossing lines – it’s about rebelling wherever one can rebel. It’s not about saying “Yeah, what the kids do is great, if I was young I would have totally joined in.” Everyone can and must actually help.

During the French revolution mothers flooded the streets for their children. Today we children are fighting for ourselves, but so many of our parents are busy discussing whether our grades are good, or a new diet or what happened in the Game of Thrones finale- whilst the planet burns.

This moment has to happen. Last year’s UN Intergovernmental Panel on Climate Change’s special report on global warming was clear about the unprecedented dangers of going beyond 1.5°C of global warming. Emissions must drop rapidly – so that by the time we will be in our mid- and late-20s we are living in a completely transformed world.

But to change everything, we need everyone. It is time for all of us to unleash mass resistance – we have shown that collective action does work. We need to escalate the pressure to make sure that change happens, and we must escalate together. 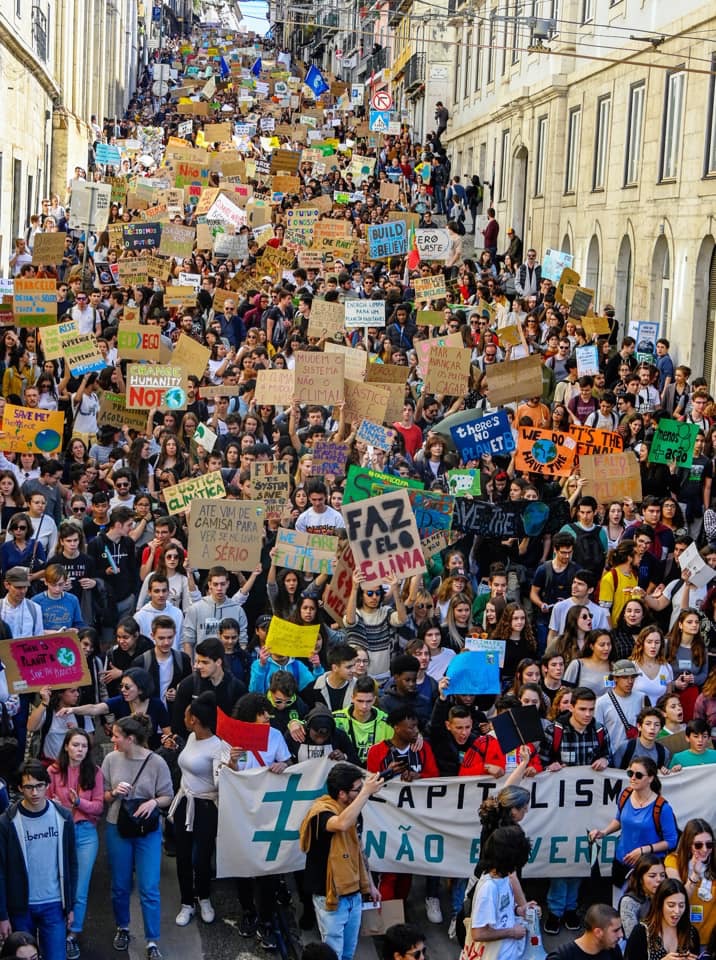 So this is our chance – join us for the climate strikes this September. People have risen up before to demand action and make change, if we do so in numbers we have a chance. If we care we must do more than say we do. We must act.

This won’t be the last day we need to take to the streets, but it will be a new beginning. We’re counting on you.

According to The Guardian “Air pollution may be damaging every organ and virtually every cell in the human body, according to a comprehensive new global review.

“The research shows head-to-toe harm, from heart and lung disease to diabetes and dementia, and from liver problems and bladder cancer to brittle bones and damaged skin. Fertility, foetuses and children are also affected by toxic air, the review found.

“The systemic damage is the result of pollutants causing inflammation that then floods through the body and ultrafine particles being carried around the body by the bloodstream.

For those tempted to dismiss the effectiveness of the school strikes, Extinction Rebellion and any other nonviolent movement addressing the climate emergency (or any other issues), there is some interesting research carried out by Erica Chenoweth, Professor of Public Policy, at Harvard Kennedy School and a Susan S. and Kenneth L. Wallach, Professor at the Radcliffe Institute for Advanced Study.

In “Why Civil Resistance Works. Chenoweth and Stephan organized an international team of scholars in identifying all the major violent and nonviolent governmental change efforts of the twentieth century. They translated the results into a theory of civil resistance and its success rate for political change compared to violent resistance.

“In 2012 Why Civil Resistance Works won the American Political Science Association’s Woodrow Wilson Foundation Award for “the best book published in the U.S. during the previous calendar year on government, politics, or international affairs.”

“Chenoweth, along with Stephan, also won the 2013 University of Louisville Grawemeyer Award for Ideas for Improving the World Order. Past winners of this award include Mikhail Gorbachev and Robert Keohane.

“In December 2013, Foreign Policy named Chenoweth one of the Top 100 Global Thinkers of the year “for proving Gandhi right,” noting her work on providing evidence for the efficacy of nonviolent political movements. In 2013, Erica also won the Karl Deutsch Award (International Relations) for being “judged to have made the most significant contribution to the study of International Relations and Peace Research by the means of publication.” Wikipedia