The attempt by foreign powers to impose regime change in Venezuela has failed, ex-Pink Floyd frontman Roger Waters has said, adding that final victory over the “evil empire” was on the horizon.

In a short video posted to Twitter, the famed English rock star and activist expressed disgust with those who supported Venezuela’s self-declared interim president Juan Guaido and his attempt to push President Nicolas Maduro out of office. “We were right about #RUSSIAGATE we’re right about VENEZUELA,” he wrote in a message accompanying the video clip, likely in reference to Robert Mueller’s special investigation finding no “collusion” between US President Donald Trump and the Kremlin. 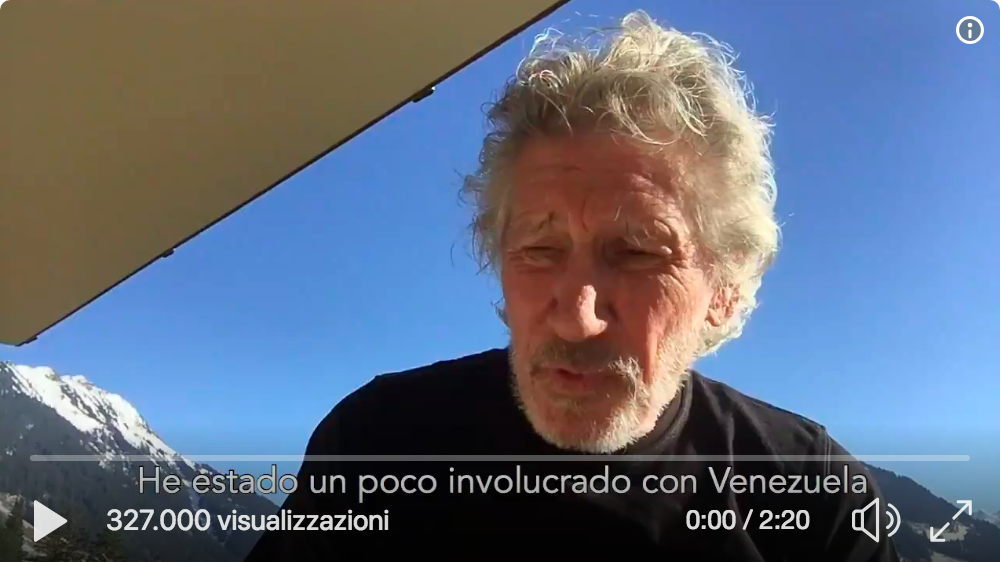 The registration in English, with subtitles in Spanish, can be watched here 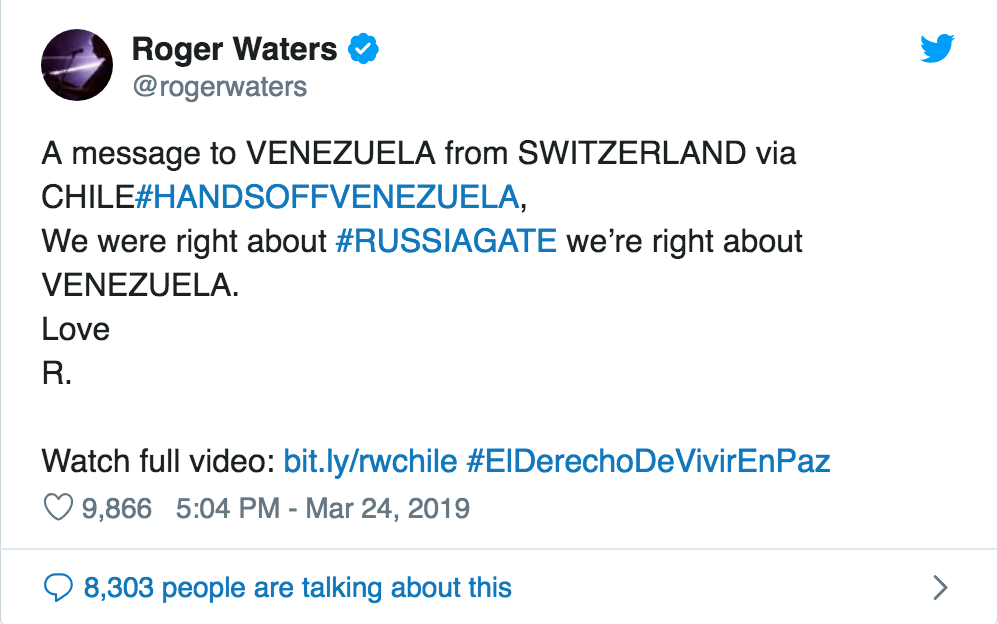 “To see a great experiment in Bolivarian socialism taking place in a great country like Venezuela, and to watch the evil empire destroy it, is sickening. It’s failed. The coup failed. Guaido can go back to being a thug on the street, or whatever it was that he did”.

He mocked the Western assertion that Maduro was a coldhearted dictator, noting that in a real totalitarian state, Guaido would have been detained and executed. Instead, he’s allowed to travel freely between Venezuela and Colombia.

“Maybe Maduro needs to take lessons in evil dictatorship from some of the people supported by the United States of America,” the rock star joked.

He ended his video with a short message to his fans.

“We are strong, and we are many, and we will win this battle in the end. Stop the evil empire”.

See also ‘Nothing to do with aid or democracy’: Roger Waters slams ‘humanitarian’ concert for Venezuela’