India’s partition and independence from foreign rule in 1947 left such a permanent stigma of enmity and hatred between the two countries, India and Pakistan, that both still remain on war footing.

While mankind is leaping towards the moon and mars to make them habitable, down here we still have to respect man-made boundaries even when it comes to accessing our religious shrines. Such a case is faced by Indians and pilgrims of the Sikh faith to the historic Kartarpur Gurdwara Sahib in Pakistan, established by Sikh saint, Guru Nanak, in 1522, who now face barriers to get there because it’s located on the Pakistan side of the border, across the River Ravi, 4km from the Dera Baba Nanak shrine in India’s Gurdaspur district, where Guru Nanak Dev is said to have breathed his last.

Currently pilgrims from India have to take a bus to Lahore to get to Kartarpur, which is a 125 km journey, despite the fact that people on the Indian side of the border can physically see Kartarpur Gurdwara Sahib on the Pakistani side.

An elevated platform has been constructed on the Indian side, where people use binoculars to get a good view of Kartarpur Sahib. But no direct way to span this four kilometre distance has yet been provided to pilgrims.

Now a ray of hope has emerged and the governments of both countries have initiated efforts to construct a corridor to link India to Kartarpur Sahib in Pakistan. Vice President of India, Venkaiah Naidu, laid the foundation stone for the Kartarpur Corridor on the Indian side on November 26, 2018, while the Pakistan Prime Minister, Imran Khan, laid the foundation stone on November 28. The corridor will provide smooth and easy passage for Sikh pilgrims.

Addressing the massive crowd that had gathered at Mann village in Gurdaspur district of Punjab (India) for the foundation laying ceremony of the corridor, Vice President of India, Venkaiah Naidu, hailed the project as the corridor of peace, humanity, unity and universal brotherhood. It promises to be, in many ways, the beginning of a new chapter in our efforts to bring two family members even closer, said Naidu, asserting that India believed that peace was an inexorable pre-requisite for progress and this could be achieved only if we have mutual respect and a stronger focus on the five Ps that underpin the global agenda for sustainable development- People, Planet, Prosperity, Peace and Partnership.

However, despite the positive steps shown during November 2018 to cooperate in construction of the Kartarpur corridor, bilateral relations between India and Pakistan again deteriorated in February 2019 due to the killing of more than 40 members of India’s paramilitary forces in a terrorist attack at Pulwama and a retaliatory airstrike by the Indian Air Force on Pakistani territory.

But despite this setback, an official level meeting between the two sides on March 14, 2019 to discuss the modalities and to prepare a mutually agreed draft for facilitation of pilgrims to visit Gurudwara Kartarpur Sahib through the to-be-constructed Kartarpur corridor, produced a joint statement after the meeting expressing satisfactory progress and a future joint meeting to be held on April 2, 2019 at Wagah in order for construction work on the corridor to be completed before November 2019, paving the way for the first jatha (group) of Sikhs to leave for Pakistan in November 2019 to attend the 550th birthday celebrations for Guru Nanak.

But, will the Kartarpur corridor serve as a corridor for better relations between the two countries? Will it help to normalise the situation presently prevailing between the two neighbours?

If we analyse the present scenario, we see only darkness; as both countries are adamant about sticking to their own positions and trying to suppress each other on various platforms. India alleges that Pakistan supports terrorist activities in India and gives shelter to the terror-spreaders and is preventing India’s efforts to ban terrorists like Masood Azhar through its all-weather friend China.

Pakistan claims the handing over of IAF pilot Abhinandan Varthaman, captured by Pakistani forces during India’s airstrike in Pakistan, as a gesture of goodwill to de-escalate tension in the region, whereas India has meanwhile maintained that Pakistan is obliged to release the pilot under the Geneva Conventions.

In reality both countries are being faced with cutting their development budgets by diverting a huge amount to military spending. Now the time has come that they should resolve their issues by leaving aside their egos and sit down at the negotiating table. Otherwise those countries supplying weapons to both neighbours will go on flourishing while the prospects for India and Pakistan get worse and worse.

Both countries should remember the sentence written by an anonymous author, “Every child that dies of starvation is a victim of an inexcusable injustice, especially when we think of the money and time that are lavished on producing weapons of war and indulging the selfish whims of pleasure seekers.” 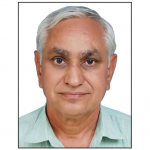