The disruption caused by reports of drones flying over Gatwick airport in December 2018 was a magnificent illustration of the uselessness of the UK’s big-ticket defence spending. The United Kingdom is not short of high-end military kit. Apart from its nuclear deterrent (which may or may not be in working order), the nation’s £37 billion annual defence spending has allowed it to build, buy and maintain a formidable array of weapons systems. Britain’s new aircraft carrier provides a platform for F-35 fighter planes and, according to the UK defence secretary, the power “to strike decisively from the seas anywhere in the world”.

Yet, despite all this firepower, the country’s second busiest airport (a strategic asset if there ever was one) was immobilised for more than 24 hours, leaving tens of thousands of people stranded. In time a military grade jamming system was deployed, but by that stage the stable door was flapping in the wind and the horses had bolted.

The Gatwick example raises the question: what is the point of the UK’s defence spending and posture? The question is timely as the UK government is currently undertaking a strategic defence and security review in order to update its 2015 national security strategy. The chaos and keystone cops incident at Gatwick leads us to ask: who or what is being secured?

Government documents make all the right noises about understanding the changing threat environment. The importance of cyber-security and violent extremism are flagged. But follow the money of defence spending and it is clear that many in Whitehall are still fighting an imaginary war involving tanks, fighter aircraft and warships. They are investing £700m to update Main Battle Tanks (when was the last tank battle?). Britain’s two new aircraft carriers will cost at least £6 billion. Perhaps reflecting growing isolationism, the magic money tree has been shaken to find £2 billion to develop a British-built fighter jet. That is merely the first instalment of development costs. One can’t help thinking of the Sinclair ZX Spectrum computer in the face of more nimble overseas competitors like Apple and Microsoft. 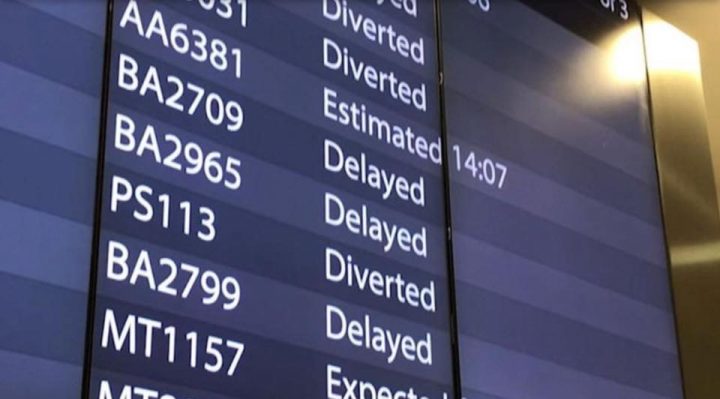 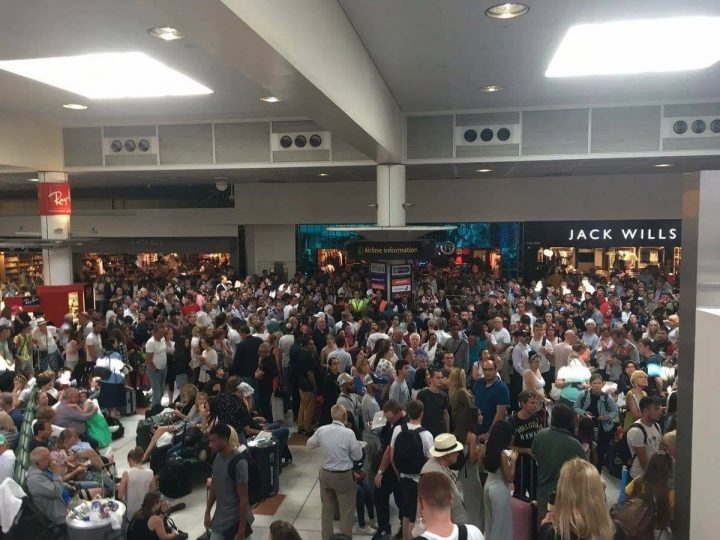 Gatwick ground to a halt in December after reports that drones had been seen flying in the area. (Facebook)

Defence spending of this kind does not inspire confidence that the UK is orientated to fight the next battles. It suggests a military (and political) mindset that is backward-looking and sees a world of flags on a map. In this mindset, sovereignty is about territory, airspace and sea lanes. All of these are important, but they are reasonably well-regulated by current international protocols. While there are notable transgressions (Russia’s seizure of Crimea, China’s militarisation of Pacific reefs), by and large, international law works.

Moreover, as events proved, the UK – despite all of its big-ticket military kit – was incapable of preventing Russian and Chinese expansion in Crimea and the Pacific. The UK’s hoard of weaponry is doubtless a deterrent to an invasion, but does anyone believe that Russia or anyone else is going to invade the UK? As long as political leaders do not precipitate a nuclear war, there is no credible existential military threat to the UK.

Who is being protected?

This brings us back to the question of who or what is to be secured. As the Gatwick incident illustrated, the people of the UK are quite far down the pecking order. And the Gatwick incident was not an outlier. Take the May 2017 WannaCry cyber attack on the UK’s National Health Service. Around 19,000 medical appointments were cancelled with an obvious impact on the lives of a huge number of citizens. It was probably the most serious attack on the UK in the post-World War II era. A foreign power – North Korea – is largely thought to be responsible. Again the UK’s military hardware was useless when faced by an actual attack on people and their way of life. It was also useless when chemical weapons were used in Salisbury. It was the police, the National Health Service, and the local council who stepped in to avert a potentially catastrophic public health emergency.

The lesson from Gatwick, WannaCry, and Salisbury is that a defence posture equipped to ward off a fantastically unlikely invasion, and possibly to invade some other far away land, is of limited use to people in the UK. All three incidents affected real people in their everyday lives. A huge amount of research – including my own – emphasises that people see their security not in terms of national strategy but in terms of everyday routes and tasks. Security, for most people, is about getting the kids to school, making sure granny is OK and being able to hold down a job. A strategic defence review that does not understand that seems likely to repeat the failures of the past.