A solidarity demonstration with the Stansted 15 – the activists convicted under anti-terror legislation for blocking a deportation flight in March 2017 –  took place this afternoon in London outside the Home Office. Many protesters were wearing pink to show their support. 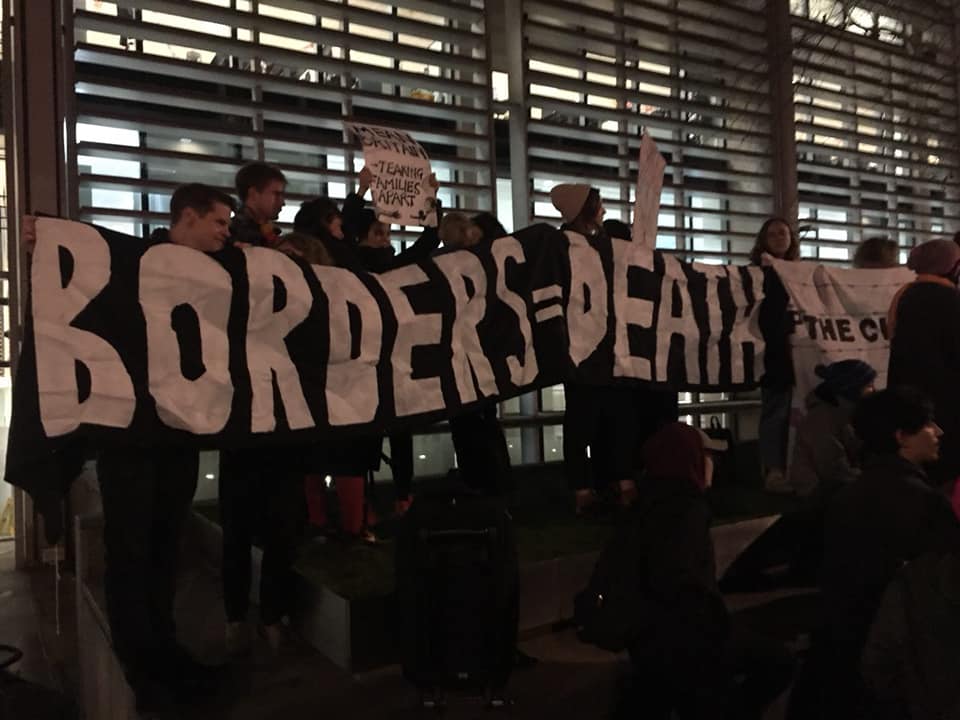 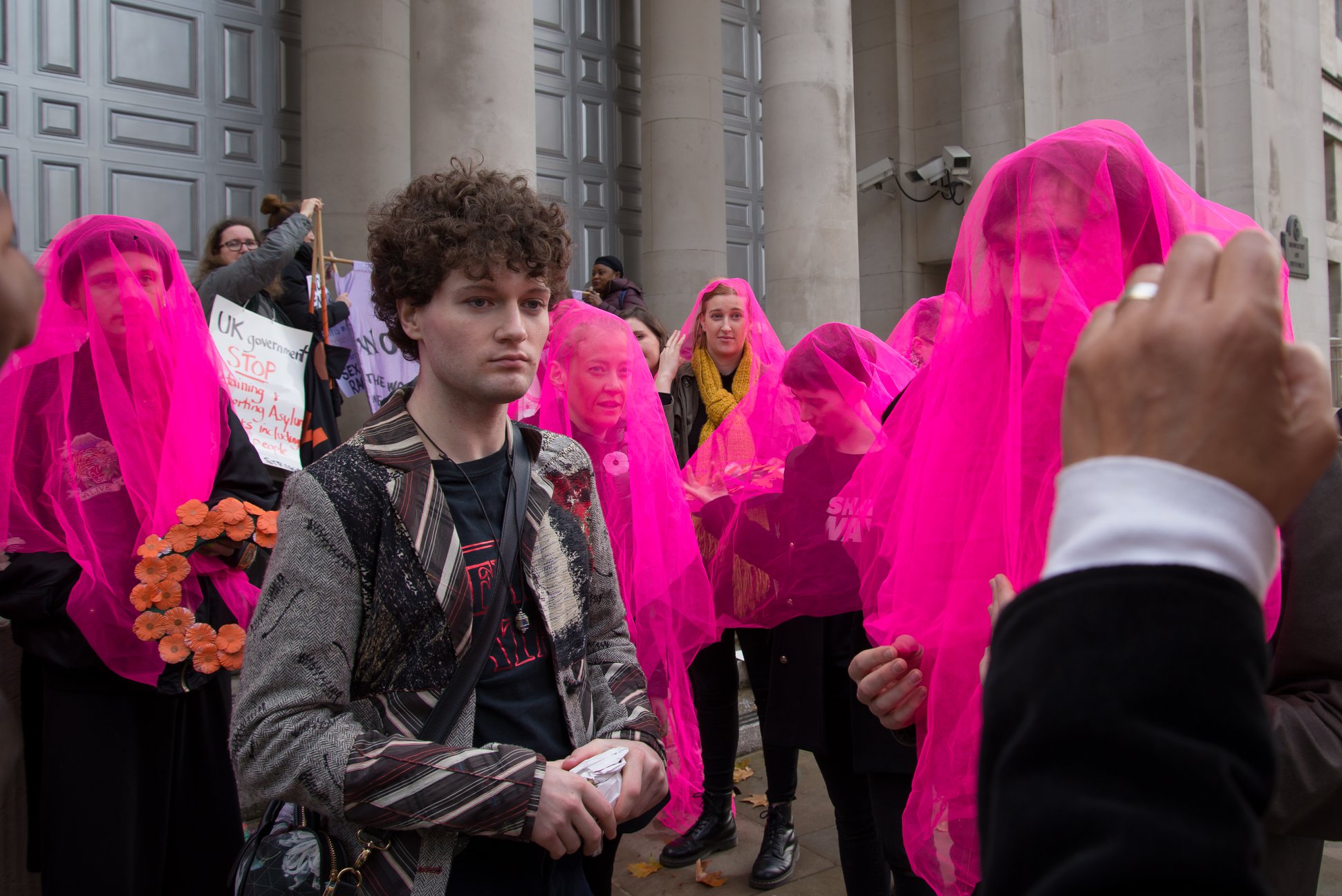 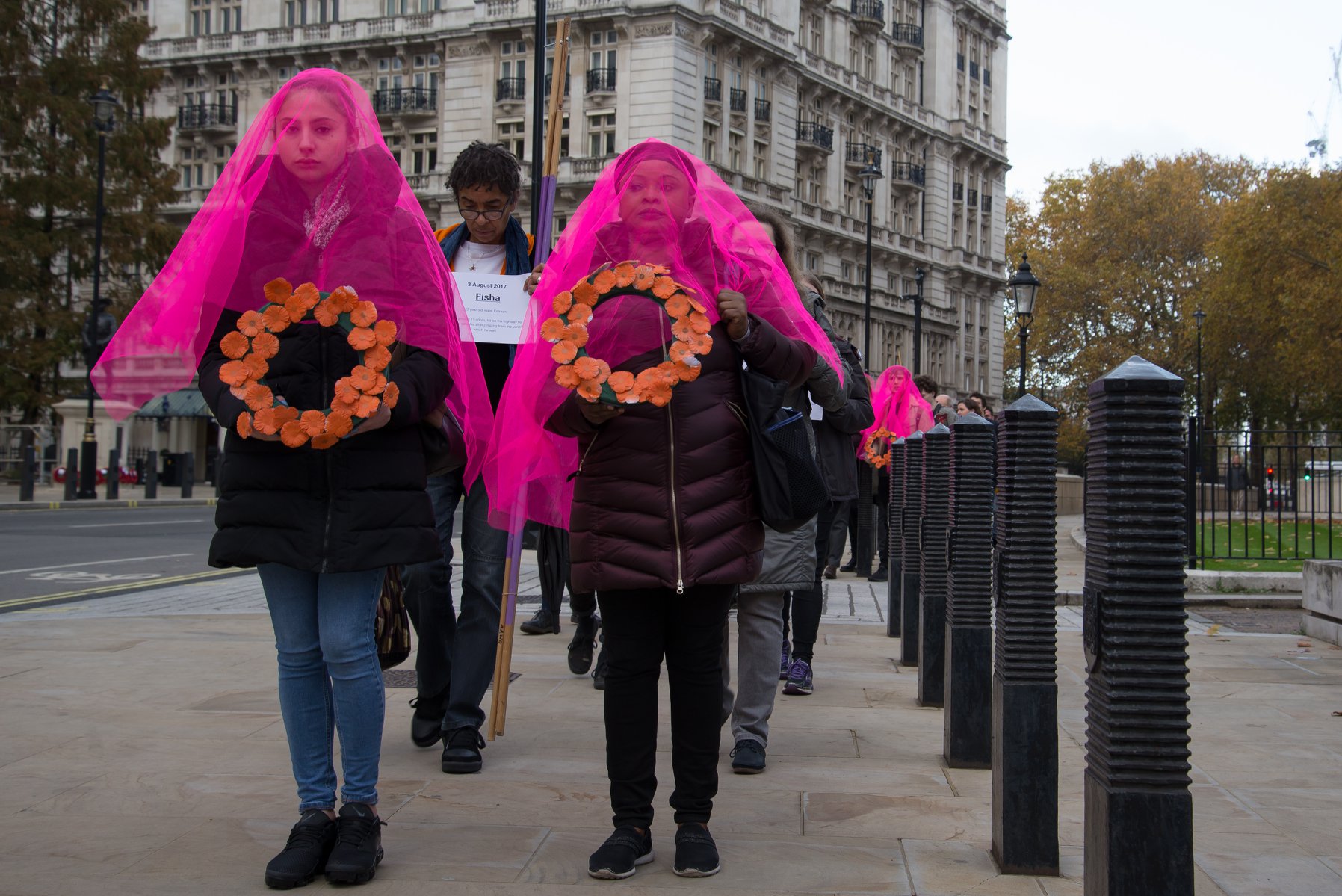 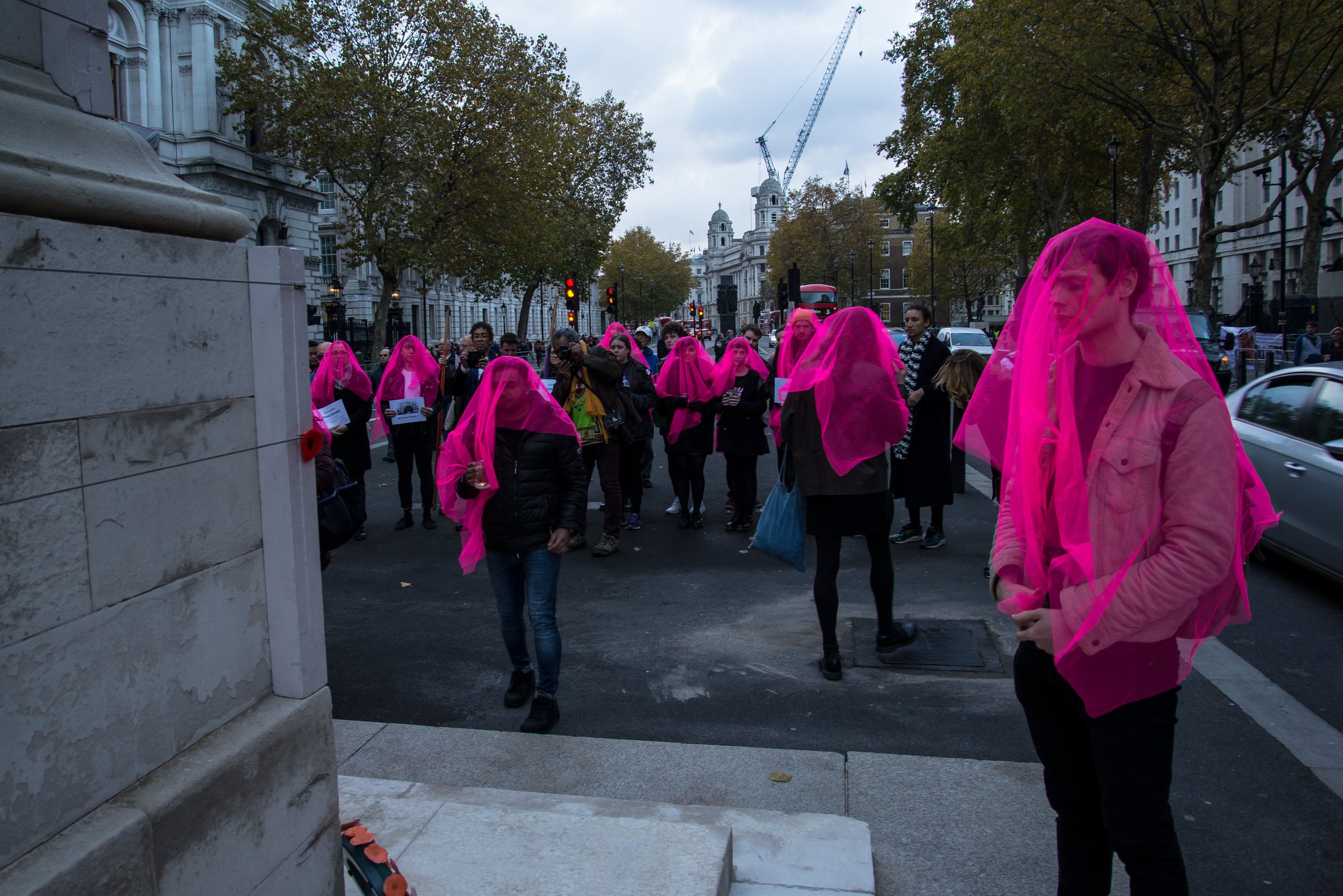 More than 300 public figures signed an open letter calling for the activists to be spared prison, and on the UK government to stop its “inhumane hostile environment policies and to end its barely legal and shameful practice of deportation charter flights”.

“We the undersigned express our deep concern and disagreement with the recent prosecutions at Chelmsford Crown Court against the fifteen human rights activists who acted to stop a brutal, secretive and barely legal deportation flight last year.

The ‘Stansted 15’ have been convicted of ‘endangering an aerodrome’ under the Aviation and Maritime Security Act 1990 – a terrorism related law. The use of this draconian legislation is grossly disproportionate and a clear abuse of power.

Helen, Joe, Lyndsay, Ben, Mel, Nathan, Laura, Jo, Nick, Ali, Eddie, Emma, May, Ruth and Melanie chained themselves around a deportation charter flight bound for Nigeria and Ghana in March 2017 with the sincere belief that they were preventing the sixty people on board from coming to harm.

As a result of their ten hour blockade, eleven people – including victims of trafficking recognised under the Modern Slavery Act – are still here in the UK with their loved ones.

This group of ordinary people took extraordinary and peaceful action in the knowledge that they were saving lives. But now they face prison sentences.

It is the UK government’s brutal and unjust ‘hostile environment’ which should be found guilty of endangering human lives, and not the peaceful efforts of fifteen people to keep them safer.

The UK is the only country in Europe to lock up people with uncertain immigration status indefinitely. 3000 people are incarcerated in immigration prisons in the UK at any one time.

The UK is also one of the few to fill chartered planes with deportees when legal cases are still unresolved. Nearly half (47%) of all appeals to deportation decisions last year were successful [1] and 75% of Home Office appeals on immigration decisions are rejected. [2]

The Windrush scandal has shown us that the UK immigration system violates human rights. The Home Office constantly racially profiles; uses unfair targets; and victimises and expels people who have the right to live here.

We call on the UK government to end its inhumane hostile environment policies and to end its barely legal and shameful practice of deportation charter flights. We also call for the Stansted 15 to be spared prison. They did not aim to inconvenience people, and this arduous trial has had such a profound impact on the defendants’ lives that they are unlikely to take such action again.

The Stansted 15 are a credit to human rights. They and their intentions should be supported, not punished”.