Out of 29 NATO member states, 9 Defence Ministers are women: 9 to 20, almost 1 female minister every 2 male ministers.
Statistical analysis demonstrates that this ratio is significantly greater than that recorded in all the other ministries of the same countries.
In simple words: that cannot happen by chance! That is the result of a strategic design… such as a marketing strategy.
Such a ‘gender cynicism’ is so humiliating for all women (and men) around the world, especially since NATO policies are getting more aggressive. Our Ministries should be called ‘of Offence’.

ITALY. Roberta Pinotti: the only Italian minister to obtain a budget increase, and a consistent one (+8,6% compared to the spending review enacted by the Monti government).
Recently, when the parliament was already dissolved in view of the general elections, the minister approved the purchase of twenty drones (euro 766 million) officially to “counter the threats to national security”. However, the osservatorio Milex distrusts such a justification and maintains that that allocation is meant to support the industry of hi-tech warfare.

ALBANIA. Olta Xhaçka: claims that Albanians would want a stronger US military presence in their country to counter the threat posed by Russia, China, and Iran.

CZECK REPUBLIC. Karla Šlechtová: I would like to reintroduce defence education to schools. That is not just secondary (as during the Soviet times – Editor’s note) but also primary schools. I think that such an education is the key for raising a future generation which could be appreciated by the army.ʺ

FRANCE. Florence Parly seems worried that the national revenues from Fashion export won’t be enough: “if we were to produce (warfare) just for ourselves without exporting anything, we would be faced with a stark reality — we wouldn’t have the capacities to do this”.
The Minister has been harshly criticized in parliament because of the April 14th strike on Syria:  “an irresponsible escalation that did not have European or French Parliament backing”.

ICELAND. The Minister for Justice (and of the Navy-Air Forces as Iceland does not have any Infantry – Editor’s note) Sigríður Á. Andersen is facing a vote of no-confidence, being accused of disregarding the democratic procedures. It is likely the first time in decades a motion of no confidence is put forth against an individual minister (not even during the serious financial crisis that ten years ago toppled three governments in a few months and brought to jail the biggest national bankers).

NETHERLANDS. Ank Bijleveld:  “If diplomatic (more than 100 russian diplomats expelled from around Europe following the hysteric accusations about the supposed Skripal poisoning – Editor’s note), economical and political measures are insufficient, the Netherlands understands a proportional military action in Syria”.

SLOVENIA. Andreja Katič  can easily deal with major procurement projects for military equipment, while there is no money for soldiers’ salaries.

GERMANY. Last, but not least, Ursula von der Leyen: let me give the word to veteran journalist Diana Johnstone: “Ursula von der Leyen (another #MeTooforWar woman) wanted to take part in the attack on Syria as a way to promote Germany’s demand for a UN Security Council seat. She boasted that Germany could have done as well as Britain.

Diana Johnstone concludes with a bitter general reflection:
“These ambitious women always excel in reciting their lesson. Von der Leyen called for a common EU foreign policy, with majority decision-making. In Germany as elsewhere, the worst people rise to the top”. 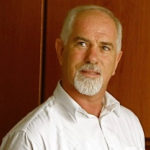