The recent arrest of Mimmo Lucano, the mayor of Riace, for “aiding illegal immigration” offers us another example of the ancient dilemma that pits law against justice. A dilemma at the heart of the Greek tragedy Antigone, it has emerged countless times throughout history when individuals have had to choose whether to follow their own conscience. Doing so can involve breaking a law considered unjust, and can often carry extremely serious consequences.

There are many examples of people who have made this courageous choice. They range from those who hid and assisted fugitive slaves in the United States to those who helped the Jewish people before and during the Second World War. One of those heroes in particular is worth remembering: Paul Grüninger, an officer in the police force of the canton of St. Gallen in ‘neutral’ Switzerland, helped hundreds of people cross the border with Austria. 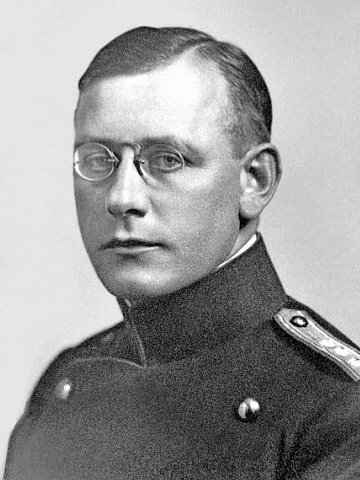 After the Third Reich annexed Austria in 1938, a growing wave of refugees tried to enter Switzerland. Grüninger campaigned for the country to open its borders, maintaining that it was “unacceptable to turn back refugees, for human reasons if nothing else” and that “many were in need of being received.” The Swiss Confederation however decided to deny them entrance to the country, a decision Grüninger disagreed with. Turning a blind eye to the law, he allowed large numbers to escape from the persecution and death that would have been their fate in Austria.

His actions also had serious repercussions for his family. An investigation against him was opened in 1939, followed by criminal proceedings. He was subsequently suspended from his post, dismissed and struck off the police force, losing his right to a pension. In 1940, he was even forced to pay a fine of 300 francs for violating professional secrecy and falsifying documents. He lived and died in poverty and for years his daughter was branded a “traitor’s daughter” and found it difficult to find work. Despite this, Grüninger always maintained that if such a situation were to reoccur, he would have behaved no differently.

Many attempts were made, both before and after his death (in 1972) to rehabilitate his reputation, all of them rejected by the government of St. Gallen. His case was finally re-opened after campaigning by the “Justice for Paul Grüninger” association. In 1995, the same court of St. Gallen that had sentenced him, revoked all charges. He was later added to the list of the Righteous Among the Nations by Israel.

There are striking parallels between what Grüninger said after he was condemned and the words of Mimmo Lucano during a rally of support held last week at Riace. “I am not ashamed of the court’s verdict,” said Grüninger. “The opposite is true: I am proud of having saved the lives of hundreds of oppressed people. The help I gave Jewish people was rooted in my conception of being Christian…The case for saving human lives threatened by death is a fundamental one. Therefore, how could I have taken into serious account bureaucratic rules and ‘considerations’? It is certainly true that I knowingly crossed the limits of my authority and, with my own hands, falsified documents and certificates. However, I did this with the sole aim of allowing the persecuted entry to this country. In comparison with the cruel fate of these thousands [of persecuted Jews] my own wellbeing was so insignificant, and of such little importance, that I did not even take it into consideration.”

Examples such as those of Mimmo Lucano and Paul Grüninger help to light up the dark times we live in and remind us that, even in the most dramatic of situations, human beings remain capable of acts of generosity and solidarity.