The Science and Technical Advisory Panel (STAP), establishing a sense of urgency, deployed scientific analysis to set priorities to guide the investment of newly replenished funds allocated to solve our persistent and worsening global environment woes. At the Global Environment Facility (GEF) General Assembly (June 23-29) in Da Nang, Vietnam, GEF CEO Dr. Naoko Ishii reported that the latest cycle of replenishment to the GEF Trust Fund amounted to $4B and 65M USD. 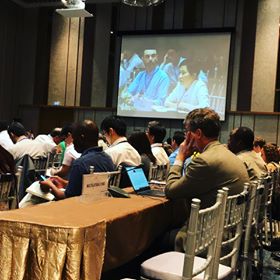 GEF, a funding mechanism, provides grants and concessional funds to developing countries and those with economies in transition to support projects and activities that protect the global environment. Funds help countries meet the objectives of international environmental conventions and agreements. GEF funding, provided by 39 donor countries every four years since 1991, is on its seventh cycle of replenishment. GEF 7, the most recent, will support GEF projects worldwide from 2018 to 2022.

What transformational changes to improve, restore, or simply prevent further collapse of the global environment does GEF 7 promise to deliver in four years? GEF’s Science and Technical Advisory Panel (STAP) provided guidance on how to invest GEF resources based on scientific analysis of current trends, extrapolations, and a vision of planet earth that is sustainable for human life by 2050, the next 32 years and beyond. 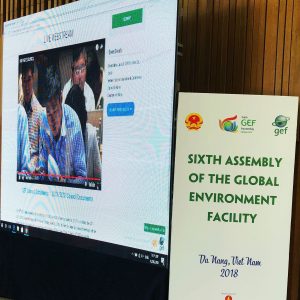 But first, here is a look back at the last 46 years that ushered the present. Nations from all over the world met in Rio de Janeiro, Brazil for an Earth Summit in 1992. There, countries agreed to protect and conserve the variety of life, otherwise known as the ‘biodiversity,’ of this planet. Twenty-six (26) years ago, delegates to this United Nations Conference on Environment and Development (UNCED) earth summit of 1992 also signed a framework on how countries should work together to stabilize the atmospheric concentration of greenhouse gases to address anthropogenic interference with the climate system.

Drafted and adopted earlier, the Convention on Biodiversity (CBD), a multilateral treaty among countries, and the UN Framework on Convention on Climate Change (UNFCCC) were both presented for signature at the 1992 earth summit. UN member states that ratified them later (196 for CBD, and all 197 for UNFCCC) became parties to conferences (Conference of Parties, COP) or meetings held to discuss ‘agreements’ on the implementation of these treaties. CBD entered into force in 1993 while UNFCCC did a year later, in 1994.

The 1992 Rio Earth Summit came in the wake of the 1987 publication of the World Commission on Environment and Development (WCED)’s report, “Our Common Future.” The report asserted that economic development should not be attained at the cost of sacrificing the environment’s integrity and ability to support future generations. This pursuit of a model of development that is sustainable embodied the spirit of a summit held 46 years earlier, the 1972 Stockholm Conference that focused on human interaction with the environment.

Despite excitement among advocates of nature and biodiversity conservation from this potential shift in the development paradigm, “Our Common Future,” made it more obvious that collaboration among countries was key to sustainable development. Countries that have developed through industrialization, predicated on the unsustainable consumption of finite global resources, needed to work with developing countries. Less industrially developed countries, mostly located close to the equator, were also hotspots of biodiversity and sources of raw materials like timber. Densely populated developing countries either nurtured or sold the remaining forests that served as global carbon sinks, even though developing economies, relative to developed ones, emitted less carbon. Furthermore, developing nations were vulnerable to then predicted impacts of global warming that resulted from the greenhouse effect of increased carbon concentrations in the atmosphere. Most countries recognized that both developed and developing countries co-existed and drew from the same, shared global environment, or biosphere, for survival. Some also acknowledged that developing countries required the financial resources to carry out the objectives of any international, multilateral conventions and agreements made to protect the environment.

On the eve of the 1992 Rio Earth Summit, in 1991, the Global Environment Facility (GEF) was established. The Trust Fund started with $1B USD. To this day, the World Bank serves as the GEF Trustee. It administers and mobilizes GEF resources. It also oversees an independent Evaluation Office to monitor and assess the success of GEF activities.

Countries able to apply for GEF funding are those: (1) that have ratified the conventions that GEF serves, and (2) eligible to receive World Bank financing or UNDP technical assistance. Aside from the CBD and the UNFCCC, other conventions that GEF support, include: Stockholm Convention on Persistent Organic Pollutants (POPs); UN Convention to Combat Desertification (UNCCD), Minamata Convention on Mercury, Montreal Protocol on Substances that Deplete the Ozone Layer; Multilateral Agreements on International Waters and Transboundary Water Systems. GEF also funds, “Conventions and Capacity Development” projects.

GEF’s Scientific and Technical Advisory Panel (STAP), develops a Work Program to guide GEF activities and timelines to align with the priorities set for each replenishment cycle. STAP as an advisory body provides “objective, strategic scientific and technical advice on GEF policies, operational strategies, programs, and on projects and programmatic approaches.”

For the current GEF 6 (or the 2014-2018 replenishment cycle), the STAP Work Program included an analysis of emerging global issues. Based on that, STAP Chair Dr. Rosina Bierbaum, at the GEF general assembly, discussed three areas where GEF 7 ($4.1B replenishment for 2018-2022) can be leveraged to accomplish the most transformational change: integration, innovation, and learning.

Specifically, STAP recommended seven ways to improve “integration” in the design of future GEF projects. First of the seven is to apply “systems thinking” in solving complex environmental problems. The document STAP launched on the topic elaborates that to integrate is to, “address interconnected environmental, social, economic and governance challenges across sectors with an eye towards resilience and transformational change.”

Building on the GEF “culture of innovation,” STAP promotes “doing things differently” to address challenges like environmental security, plastic pollution, or the yet unknown effects of not just GMOs but other novel entities (e.g. cellular agriculture, products of gene editing) introduced to the environment. STAP publications launched at the meeting included: (1) “A future food system for healthy human beings and a healthy planet,” (2) “Plastics and the circular economy,” (3) “Environmental Security.”

STAP analysis published in “Managing Knowledge for a Sustainable Future,” recommends full and effective use of what is already known from previous investments GEF made to maximize benefits to the environment. The systematic management of GEF’s knowledge and experience, an under-exploited resource, should be the primary source of value, according to STAP.

GEF is composed of an assembly of 183 participating member countries, governed by a 32-member GEF Council and operated by the GEF Secretariat. As such, (1) scientific guidance from STAP, (2) governance and policy recommendations from the GEF Council and the Assembly, as well as, (3) GEF Secretariat’s input and counsel will steer GEF 7 disbursement and implementation in the next four years.

Developments and progress made on the international environmental agreements and conventions served by GEF will continue to inform GEF’s actions. Civil Society Organizations (CSOs), on the other hand, will also continue to connect GEF and each member country’s government agencies to actual grassroots environmental work, scientifically collected data, feedback, and local co-financing critical to the success of GEF projects. Effective, efficient, and timely funding of crucial environmental projects worldwide will, it is hoped, transform the future of the planet. 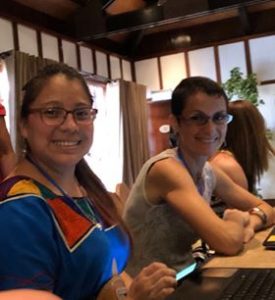 A good reason to hope is that GEF activities and operations subscribe to principles of sustainability, gender equity, respect for indigenous knowledge, and public involvement. Leading by example, GEF publications, as well as those of GEF Agencies, exhibited and distributed at the general assembly were all downloadable electronic files or stored in flash drives. At the meeting, participants chose between vegetarian or vegan food options. Stainless steel water bottles provided by the host country, Vietnam, replaced all single-use plastic bottles. Participants traveling to the venue were strongly encouraged to offset carbon emissions by paying for tree planting activities.

Despite the urgency felt by most attendees, delegates, and participants, more than enough success stories shared by GEF and the CSOs on the ground brought renewed optimism and commitment towards a sustainable future.