Sara Bizarro, member of BIEN and of USBIG and a research fellow at CEPS, talks about different approaches to Universal Basic Income in the US and in Europe in the full interview she gave for the documentary “UBI, our right to live“.

Born in Portugal but now living in the US, Sara Bizarro believes that the Basic Income is surprisingly growing. According to her, in the United States the subject appears more frequently in the media as important politicians like Hillary Clinton and Barack Obama have talked about it. In Portugal, on the other hand, the only party defending it is People Nature and Animals (PAN), but others are acknowledging that this is something that should be debated.

The approach also depends on cultural nuances. As North American society traditionally gives a lot of value to work – your status depends on what you do for a living – Basic Income is seen as a way for people to find a job that they think is meaningful to them. Its anti paternalism is also a point in its favor. As Americans are mostly against intervening in individual behavior, they would grant money to people so they can decide what to do with it. In Europe it’s different, there is more of a social consciousness in which the idea is to find the best conditions in which to work.

Either way, there is a tendency towards accepting the Basic Income which could allow more people to make plans for their lives, as it’s very difficult to think about the future when you don’t have a basic income security. 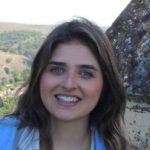