The UK NHS (National Health Service) is 70 years old. In spite of the onslaught it is suffering in the form of austerity and privatisation it continues to provide one of the best services in the world in spite of spending less than similar economies, although some markers are starting to deteriorate. “Mission accomplished” by the Conservative strategy of destroying  and promoting private health insurance or simply handing the tax payers money to the bonus and shareholders profit driven private health providers. In fact the promise of “more money” recently made by Prime Minister Theresa May, becoming clear that in the event of a general election the NHS will be a central issue, may only mean juicier contracts for the private sector as nothing has been said about changing the direction of the “reorganisation” taking place as we speak.

The creation of the NHS was one of the greatest acts of compassion in the history of the UK, and its progressive destruction one of the worst acts of cruelty. The thousands who took to the streets to celebrate its birthday and prevent its demise understand this. Here are their faces and voices. The leader of the Labour Party, Jeremy Corbyn, restated his commitment to protect and develop the NHS “for the many, not for the few”. 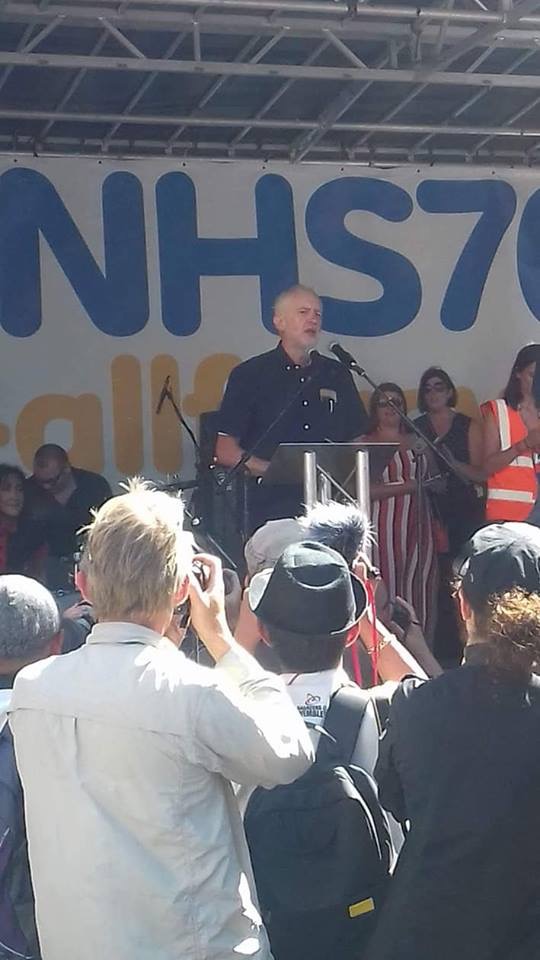 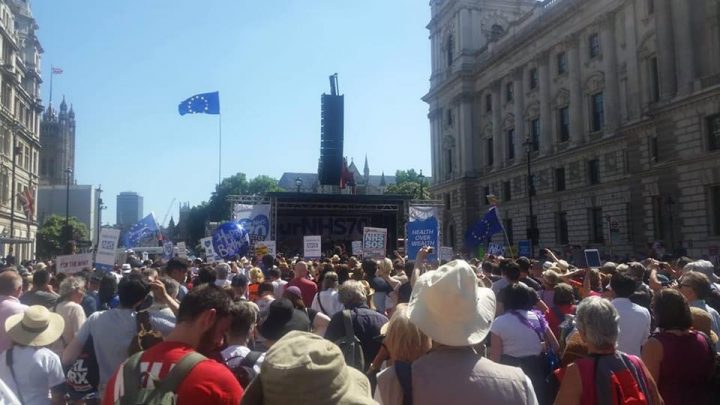 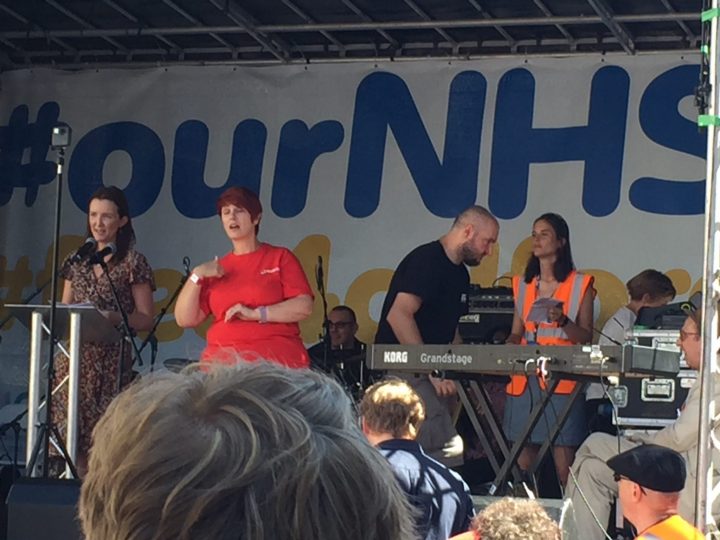 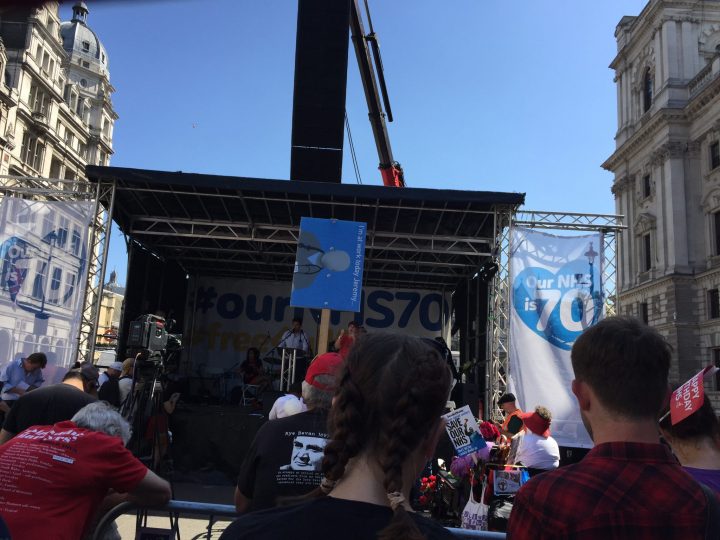 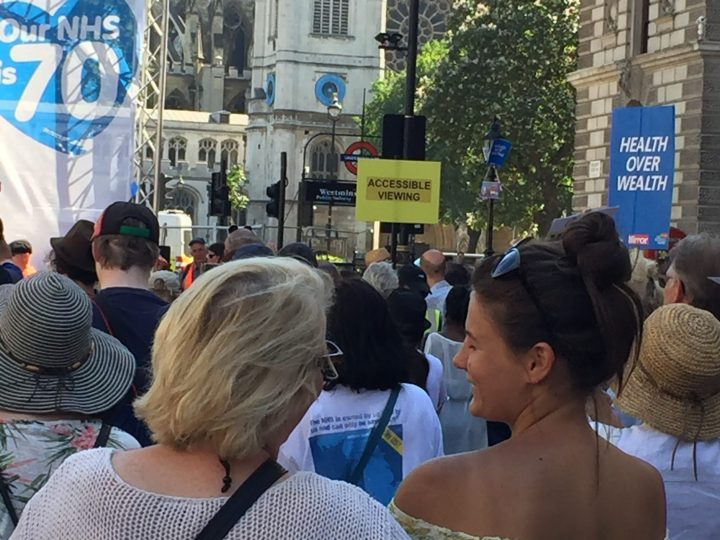 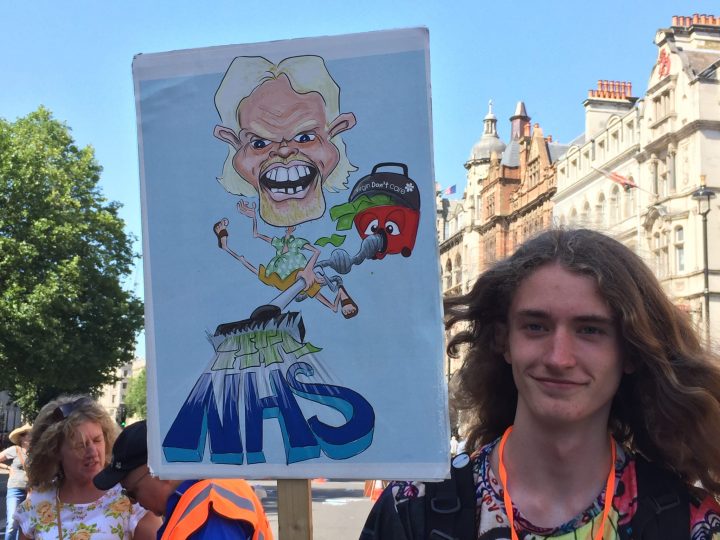 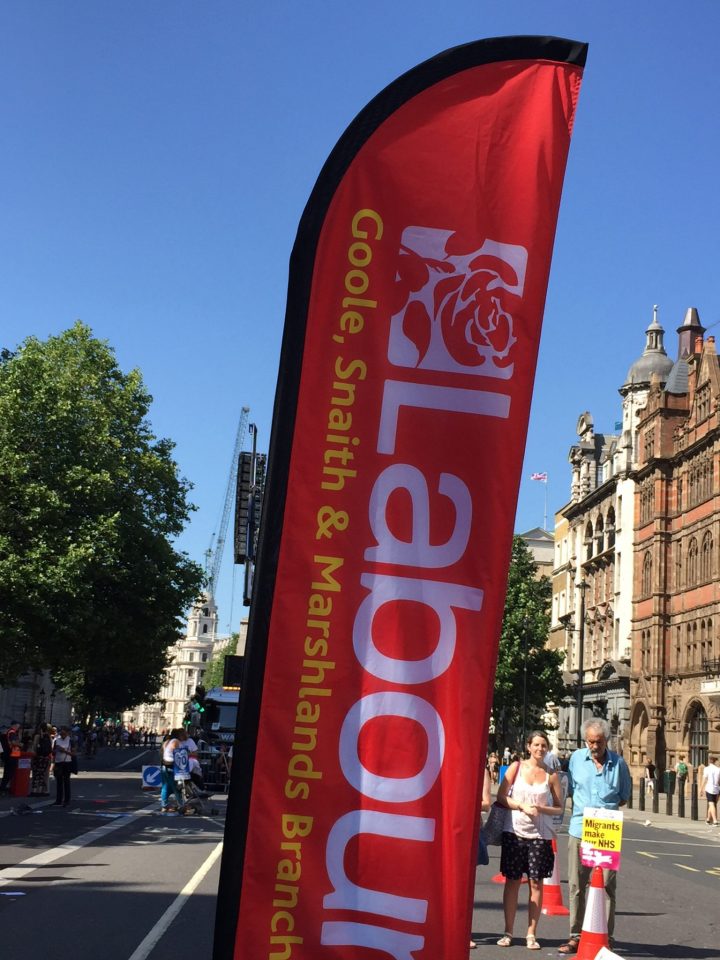 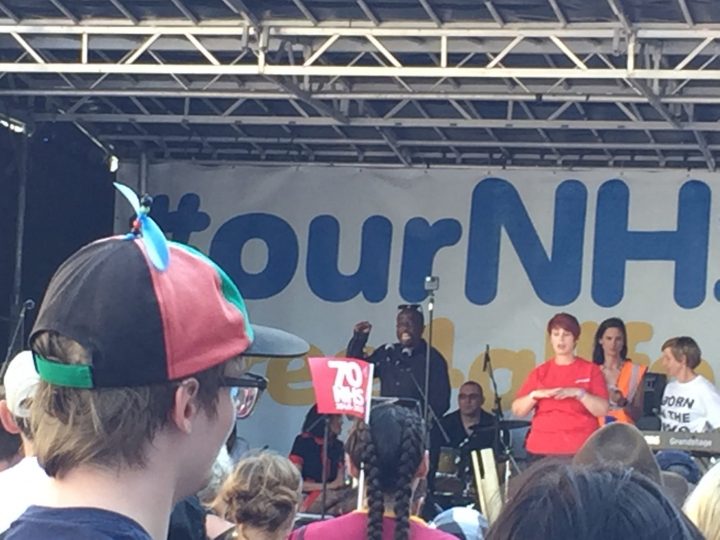 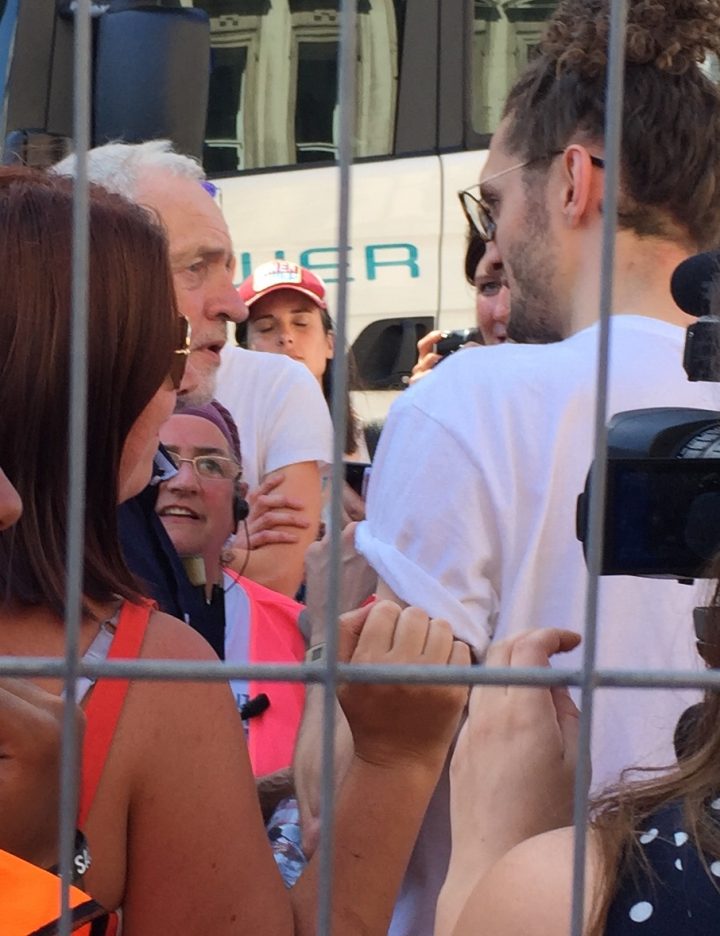 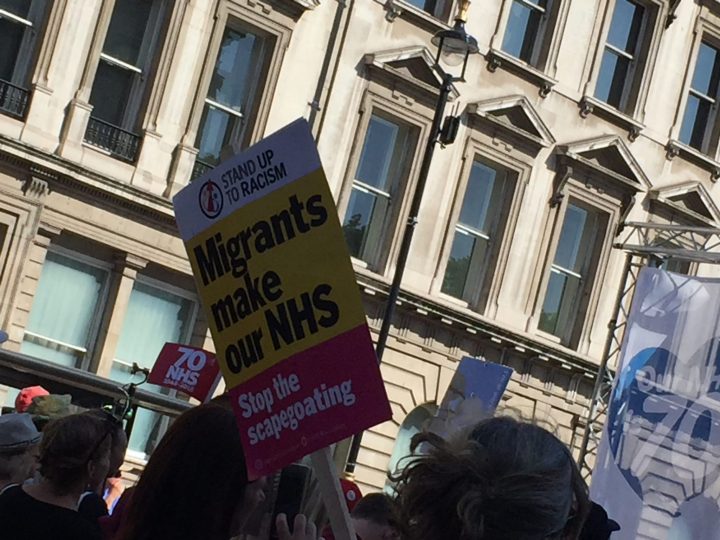 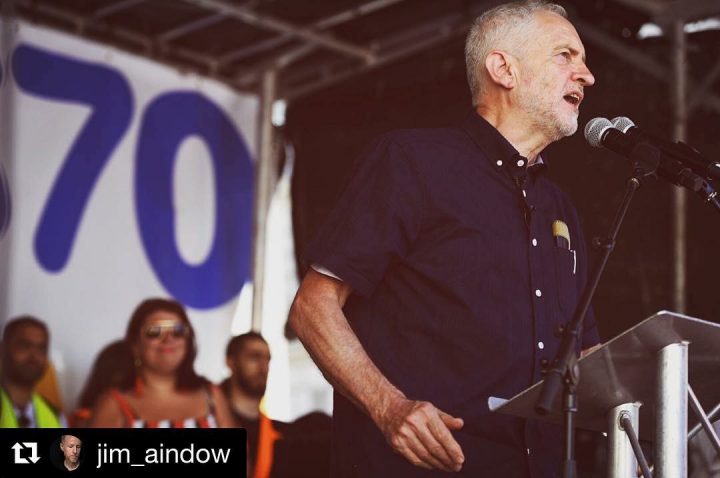 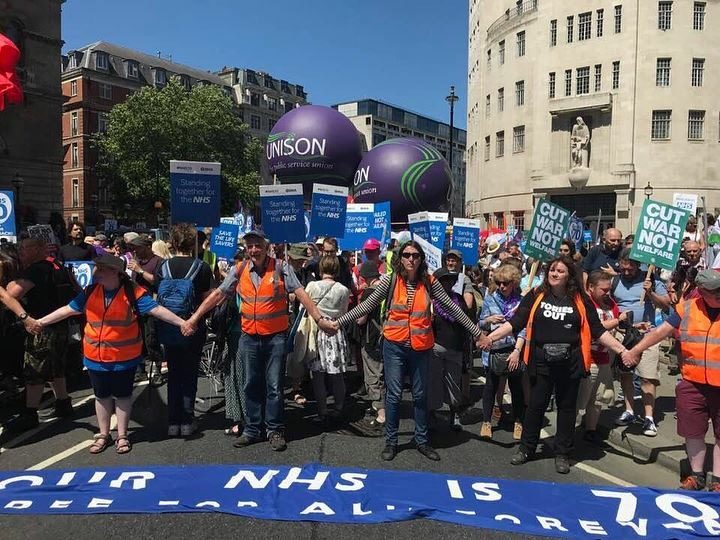 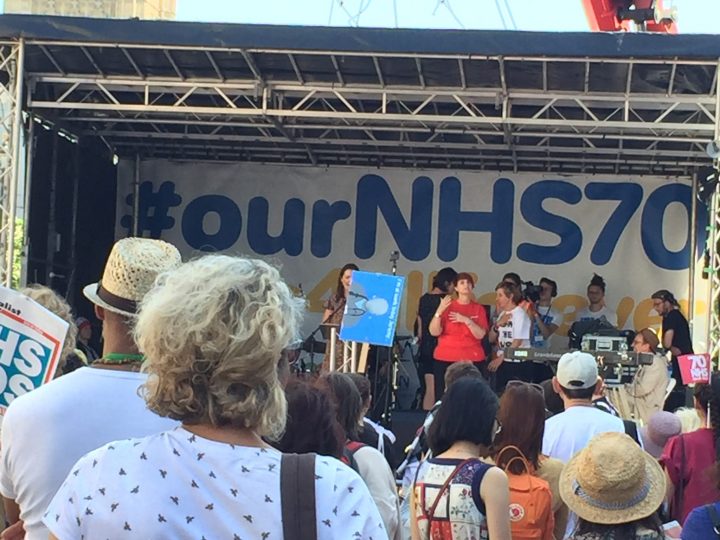 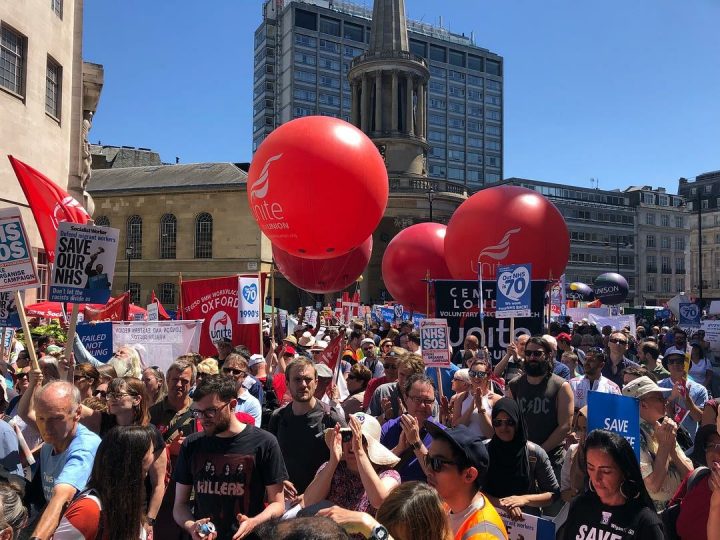