“We can have a world where everyone has a decent home, the chance for an education, and access to healthcare. Or we can have billionaires. We can’t have both.”

As the gap between the world’s richest and poorest people has widened to an extreme not seen since the Gilded Age, the 500 wealthiest people have gotten $1 trillion richer in 2017, according to Bloomberg’s Billionaires Index.

The richest people in the world have been able to amass huge wealth this year thanks to a booming stock market, as billions of poor and working people around the world have seen little if any benefit from strong markets. Even in the world’s major economies, including Japan, the U.K., and the U.S., workers have seen their wages stagnate or decline in recent years.

Efforts by the very rich to contribute to the lower classes through charity, while commendable, have also done little to halt the growing wealth gap in a global economy in which the world’s five richest people control $425 billion, or one-sixth of the U.K.’s gross domestic product.

More than 170 of the richest people have signed the Giving Pledge, created in 2010 by Bill and Melinda Gates and Warren Buffett to encourage the rich to give at least half of their wealth to charity. But since the pledge was established, according to Oxfam, the wealth of the poorest half of the world’s population has fallen by a trillion dollars—suggesting that good intentions among the rich are no match for a worldwide economy with such an extreme consolidation of wealth.

The wealth gap has grown large enough to leave some advisers of the rich wary of a potential sea change in the coming years, as the degree of inequality becomes unsustainable and leaders take action to stop markets from favoring the wealthy few—similar to how monopolies were broken up in the U.S. in the early 20th century.

“We’re at an inflection point,” Josef Stadler, the lead author of a recent report by UBS/Pricewaterhouse Coopers on the world’s billionaires, told the Guardian. “Wealth concentration is as high as in 1905, this is something billionaires are concerned about…The question is to what extent is that sustainable and at what point will society intervene and strike back?” 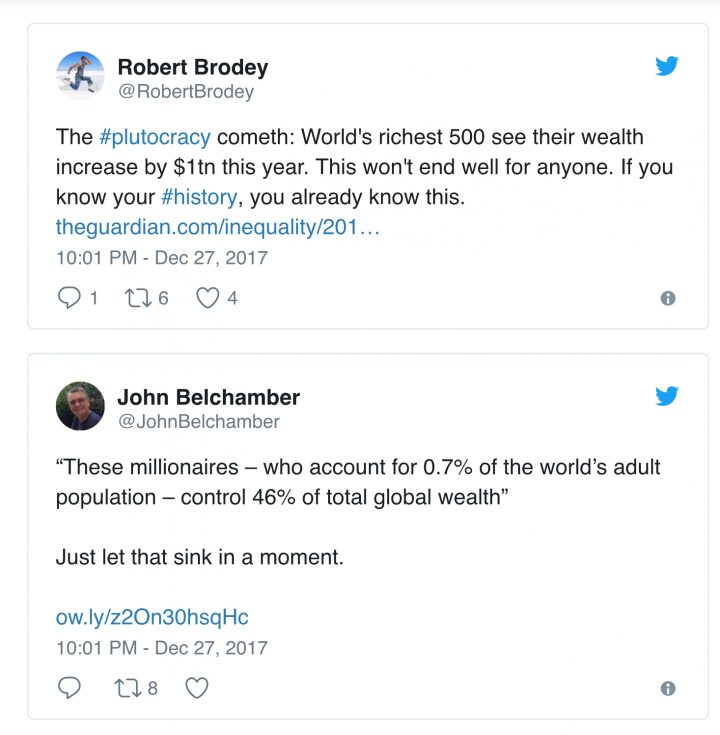 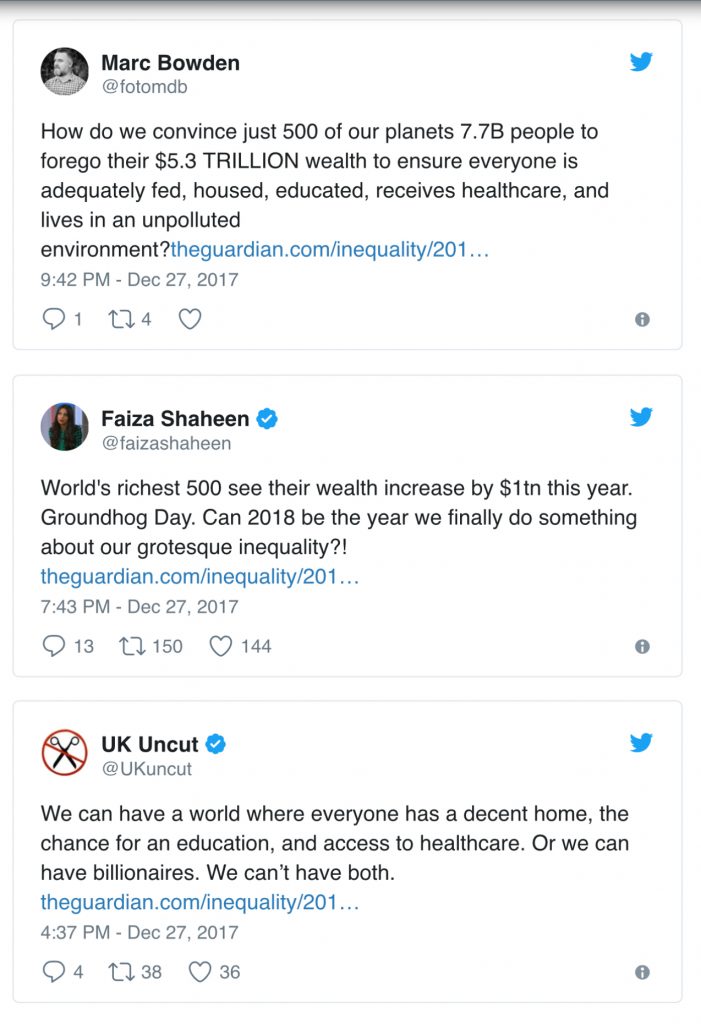